The end of the pandemic is within sight. We’re not there yet, and the experts urge us not to act like we are, but we’re getting closer with every vaccination. This is great news for the bar industry, which has been repeatedly battered since shutdown orders began in March 2020 and “pivot” became a dreaded buzzword.

As the industry slowly returns to normal, bar owners and managers have started assessing their operations during the pandemic, determining what worked and what did not. While a few strategies surely will be jettisoned as soon as the pandemic ceases, some innovations proved worthy of keeping around. Once things return to normal, the bar scene may not look exactly the same as it did before, but that’s not necessarily a bad thing in many ways.

When cocktails to-go got the greenlight in Phoenix, Bitter & Twisted Cocktail Parlour owner Ross Simon didn’t want to put his drinks into disposable plastic containers. Instead, he invested time and resources into packaging his bar’s cocktails in sleek, recyclable aluminum cans. The stout, stubby metal containers look cool, but they also feature other benefits. They’re more environmentally friendly than plastic, and Simon points out that they maintain the drink’s integrity better, leading to greater consistency. He’s not planning to pump the brakes on the thoughtful packaging if the state makes to-go cocktails permanent, even if he anticipates demand to lessen once bars reopen. “We know we’re not going to pay the bills by continuing the practice, and that’s fine,” he says. “The people who do order them will enjoy it, and that’s what matters.”

Other means of consumer convenience didn’t even last the length of the pandemic for the bar. Simon has already ditched the use of third-party delivery services such as Postmates and Uber Eats due to the steep fees they demand from their restaurants. “Those types of services were a lifeline at the start of the pandemic,” he says. “However, as things have started to open up, they’ve turned into a cash grab.”

Cocktails To-Go Aren’t for Everyone

Laura Newman started offering cocktails to-go at her Birmingham, Alabama, bar, Queen’s Park, when state law allowed the practice. Yet she’s reluctant to move forward with the concept post-pandemic, even if the state makes it permanent. Newman cites the price of the license as part of the problem, as its annual cost is nearly triple that of a normal liquor license. There’s also an issue beyond the cost: Alabama’s to-go laws allow only one cocktail serving per container—a stipulation that creates excess waste and hinders sustainability goals. “As it is, a small business like a bar produces more waste than 1,000 homes,” she says. “Laws written in a way that produces even more plastic waste is a problem.”

Sustainability is also a driving factor for Newman’s decision to keep a QR ordering system permanently. Changing a menu electronically doesn’t generate the waste that comes with replacing printed ones, particularly menus as lengthy as Queen’s Park’s 65-drink version. It also saves a significant chunk of time. “Our physical menus were bound,” she says. “It would take us two days and a screwdriver to take them apart and put them back together any time the menu changed. We’re not going to miss that.”

Expanding the Bar Physically and Conceptually

The large floor-to-ceiling windows gracing the front of Brooklyn’s Clover Club draw the outside into the bar. When New York City allowed bars to set up tables outside, it felt natural to owner Julie Reiner to draw the inside out to the sidewalks. The year-round response to the outside space from her customers, including in the dead of winter, when people dropped by for hot drinks, has solidified her intention to make outdoor seating a permanent feature of the bar. “The outdoor seats change the scope and the look of the city, especially during the spring and the summer, when it’s beautiful outside,” she says. “Of course, the city will probably start making us pay for the space next year.”

Like most bar owners, Reiner is looking forward to the day she can stop taking temperatures and checking protocols. When that day comes, she’s prepared to meet the moment with a new cocktail menu. “We’re already in R&D mode now,” she says. “People expect new stuff, and bartenders have missed the creative process. That creativity is something we all crave.”

Adding Refinement While Returning to Basics

Tony Roehr is the bar lead at Raised By Wolves in the San Diego suburb of La Jolla. But he is also a protege of bar co-owner Erick Castro and is entrusted to build the bar’s menu during the pandemic and oversee bar operations while Castro recovers from surgery. Roehr has used this time to introduce nuanced changes to the bar program to infuse an enhanced sense of refinement into its gothic yet whimsical space, including a revamped ice program and more delicate glassware. “We want people to feel like they can put their pinky up as they drink a Martini,” he says.

Guests may not pick up on these changes once they return in full. However, they may notice a more simplified approach to the bar’s cocktails. The pandemic gave Roehr the chance to ponder the state of craft cocktails, and this assessment inspired a menu anchored by drinks that focus on the fundamentals established by cocktail-world titans Sasha Petraske and Sam Ross. “Before the pandemic, some drinks were getting bigger, sweeter and more complex,” he says. “You don’t need 12 ingredients to make a craft cocktail. You just need to select a few and figure out how to make each of them shine.”

When Garage general manager and beverage director Paul Finn rolled out the first assembled kits for virtual cocktail classes in early April 2020, he did so to stay connected with his loyal Austin customers. One year later, the classes and their accompanying kits, which provide everything needed for cocktails except booze due to liquor laws, have cultivated a loyal nationwide following that assures their post-pandemic permanency. One of the biggest reasons is their popularity within the corporate sector. “I’ve had companies reach out to me to provide them kits for annual meetings, team building exercises, you name it,” says Finn. “These virtual sessions have really become part of the business landscape.”

Currently, Finn conducts the virtual classes from Garage’s basement, but he’s looking for warehouse space in anticipation of crowds fully returning. This uptick won’t be happening for a while, though. Despite Texas lifting pandemic-era restrictions on mask-wearing and capacity limits, Finn’s not ditching the bar’s in-house safety protocols until the pandemic ceases. Some guests have had a problem with this. “Since we’re still enforcing our own protocols, we’ve unfortunately had several maskless customers get belligerent and tell us things like, ‘The governor says it’s OK, so how dare you tell me what to do,’” he says. “It will be nice to get past that kind of behavior.”

Like many bars, Lost Lake in Chicago served cocktails to-go during the pandemic. It also assembled cocktail kits and sold them curbside, a tactic that allowed it to include booze with the other ingredients. Yet it was what the bar stopped doing that may have the biggest long-term effect. It eliminated the practice of tipping, instead providing its staff with higher wages, medical benefits and paid time off to better ensure a stronger ability to maintain a livable, reliable lifestyle. “It was a huge and pretty intimidating move to make,” says bar manager Alicia Arredondo. “Not a lot of bars were doing this, so we didn’t have a lot of examples to build upon. But the pandemic gave us a moment of pause to reflect on how we operate, so we felt we had to take the leap.”

The decision to eliminate tips in favor of wage boosts and benefits wasn’t necessarily part of an overarching strategy. According to Arredondo, constant shifts in state and local laws made it nearly impossible to create a cohesive big-picture plan to make it through the pandemic. Still, the ordeal left plenty of room for the slow and steady changes needed to emerge strong in its aftermath. “It’s weird to say the pandemic was a period of growth,” she says. “But if you come back from the pandemic and haven’t changed, you weren’t paying attention.” 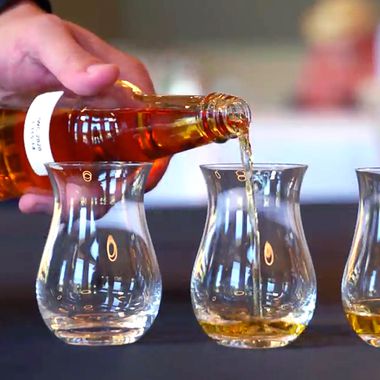 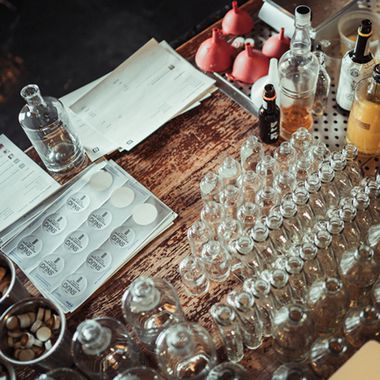 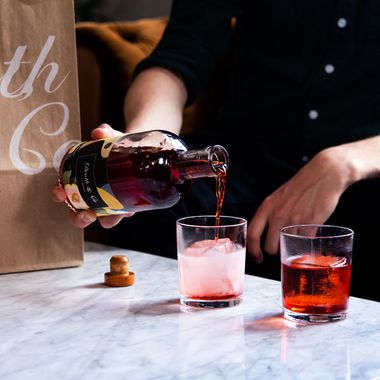