Aquavit and Islay scotch are two spirits that don’t find their way into cocktails as often as many others—and certainly not together. Known for his innovative drinks, the vice president of food and beverage at Sydell Group and the NoMad Hotel Leo Robitschek employs both, along with Cocchi Americano and triple sec, in his spirit-forward North Sea Oil. The multilayered and complex cocktail, which he created at the bar at the now-shuttered NoMad hotel in New York City, is entirely Robitschek’s own. As he writes in his 2019 book The NoMad Cocktail Book, it “doesn’t quite fit any box.”

As he notes in his book, Robitschek enjoys experimenting with split-base cocktails. “I am especially fond of combining liquors that seem as if they would not play well together,” he writes, citing his rum-and-rye Brown Sugar and tequila-and-sherry Paint It Black, in addition to the aquavit-and-scotch North Sea Oil.

The Scandinavian spirit aquavit forms the primary base of the latter. A gin-like neutral alcohol distilled from grains or potatoes, aquavit is commonly flavored with herbs including caraway and dill. In Scandinavia, shots of the spirit are often served alongside a smorgasbord of food including bread, cheese, and cold fish dishes. For the North Sea Oil, Robitschek reaches for Norwegian Linie aquavit, which is made from potatoes and caraway seeds and matured in sherry casks.

Because its flavor is so strong, a little Islay scotch goes a long way: See Sam Ross’s Penicillin and Audrey Saunders’s Dreamy Dorini Smoky Martini, both of which call for under an ounce of the spirit. For this drink, Robitschek employs a half-ounce of single malt Laphroaig whisky. Distilled on Islay, a small island off the southern coast of Scotland that is covered in peat, Laphroaig uses malt that is cold-smoked and dried over a peat fire, imparting a distinctive smoky flavor profile. If you substitute another single malt scotch, make sure to reach for a peat-forward bottle, preferably from Islay.

The bittersweet Italian aromatized wine Cocchi Americano, which is often used in a Vesper, mellows the spirits and adds its citrusy and herbaceous notes. Triple sec, meanwhile, works as a sweetener and adds additional citrus notes.

Whether you say skål or sláinte, the North Sea Oil proves that both aquavit and scotch have a place in your cocktail repertoire. 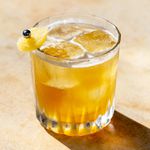 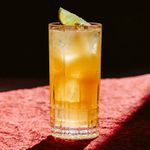 Aquavit Buck
5 ratings
Rate This Recipe
I don't like this at all. It's not the worst. Sure, this will do. I'm a fan—would recommend. Amazing! I love it! Thanks for your rating! 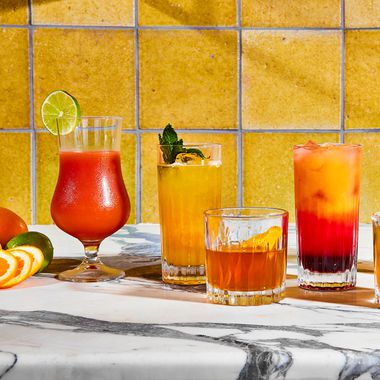 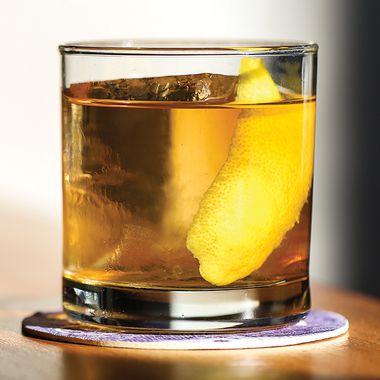