Although single malt scotch comes with a higher status, don’t count out blended scotch. In brief, these bottles blend distillate sourced from more than one scotch whisky house. That can result in a wider range of styles, such as an intense peated whisky tempered by a scotch with gentler heather-and-honey flavors. These blends also tend to yield consistent drams year after year.

That said, scotch makers are doing their best to dispel the perception that “blended” equals “boring.” Many are working overtime to attract younger and more diverse groups of consumers to the category.

Others are looking to the other side of the spectrum, positioning blended scotch as every bit as aspirational and collectible as a single malt counterpart. The Signature Blend series from The Last Drop may be the ultimate example: The intro to the series contains liquid that has aged for at least 50 years, with a mere 500 bottles available worldwide and priced in the four-figure range. Future expressions will be created in partnership with a powerhouse group of independent spirits experts dubbed “The Assembly.” Though it’s likely that future bottlings may range beyond whiskey, it’s a perfect metaphor for building blended scotch. Inspired by the “passion for sharing—not just the delights of exceptional spirits, but also the knowledge, ideas, expertise, and creativity which sit at the heart of the industry,” it also channels the collaborative spirit of blending scotch from various sources into a single bottle.

From London scotch whisky blending house Compass Box, this limited edition includes a parcel of whiskey aged for three years in vino naranja casks, a fortified wine from southern Spain, to which orange peel is added to the cask for a portion of the wine’s aging process. That process resulted in “intense citrus oil and honeyed oak notes,” according to its producer. The finished blend, bottled at 46% ABV, also includes “marmalade stickiness” in the tasting notes. A total of 5,880 bottles will be released worldwide. The packaging includes a frame on the label; consumers are encouraged to use the bottle’s QR code to link to a template where they can put their own photo, sketch, text, or the like within the frame and then print the personalized label.

Launched July 2021, the fourth and latest addition to the brand’s cask-finished series, this is an eight-year-old blend finished in Japanese mizunara oak casks. The porous nature of the wood imparts “heather, honey, complex sandalwood” as well as lychee and cinnamon, its producer says. In general, mizunara casks are hard to come by; it takes about 200 years for the tree to grow, and they can be expensive to acquire. Most are snapped up by producers of Japanese whisky, and the wood is considered to part of what gives Japanese whisky its uniquely silky texture. So it’s an accomplishment to add a mizunara-finished scotch to the portfolio.

Launched in January 2021, this third addition to the brand’s cask-finished series features an eight-year-old blended scotch finished in Portuguese ruby port casks and bottled at 40% ABV. The influence of the port shows with amped-up fruit tones, which its producer describes as “freshly sliced ripe apricots, honeydew melon, red cherries, and black currants,” in addition to a core of vanilla and heather honey. The emphasis on cask finishes at the legacy Dewar’s brand is intended to help lure younger drinkers, including millennials and Gen Z consumers who have come of age, while evoking a “sense of place.” The line is intended for use in cocktails, which this demographic indicates it prefers versus neat spirits. The first two iterations in the series focused on Caribbean rum and Mexico’s mezcal.

A third newcomer from Dewar’s commemorates its new multi-year sponsorship of golf’s U.S. Open. As part of the run-up to the June 2021 event, the brand released a 19-year-old blend finished in first-fill ex-bourbon casks, and bottled at 43% ABV. Part of the proceeds from the limited release will benefit the United States Golf Association. Going forward, “the official scotch whisky of the U.S. Open” plans to offer a commemorative 19-year-old whiskey annually as part of the partnership.

New from Johnnie Walker, this is billed as a “brighter, sweeter” whisky, launched in May exclusively in Houston. It’s designed to be approachable and mixable; its producer suggests combining it with lemon-lime soda or ginger ale. To celebrate the introduction of the whisky, the brand partnered with UP Art Studio, a Houston-based public art consulting firm during the Big Walls Big Dreams Festival, a mural-paining “festival” focused around refreshing public art in Houston neighborhoods. In addition, Johnnie Blonde will also support the East End Improvement Corporation (EEIC), a non-profit organization dedicated to refreshing and improving the quality of life in the East End Houston Cultural District through the development of arts and cultural programming, community safety, and beautification projects.

The debut bottling in the Signature Blend series is predictably precious, coming from The Last Drop Distillers, which historically has specialized in sourcing old and rare spirits. However, this release marks Last Drop’s “evolution from rare spirits hunting into the creation of extraordinary aged spirits,” its producer says. What’s in the bottle was blended by master blender Colin J.P. Scott, a mix of malt and grain scotch whiskies, all of which have aged for at least 50 years. Only 500 bottles, bottled at 47.8% ABV, are available worldwide. According to its producer, the blend offers dried fruit and floral notes enhanced with sweet spices and creamy toffee. 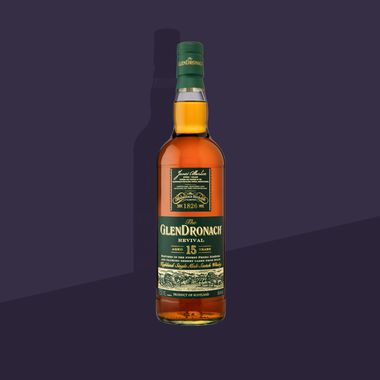