These powerful and intense Napa cabs are worth the splurge.

Cabernet sauvignon is the undisputed heavyweight and reigning red grape champion of the world, responsible for producing rich, bold and powerful wines with immense aging potential. In France’s Bordeaux region, the grape is the key ingredient next to merlot for most iconic producers. But in California’s Napa Valley, cabernet sauvignon is the unquestionable king of the hill, practically synonymous with red wine for most American wine drinkers.

It wasn’t always that way, however. In 1933, just after Prohibition ended, there were fewer than 100 acres planted with the grape in California. By 1991, according to “The Oxford Companion to Wine” (fourth edition), some 32,000 acres of cabernet vines were encroaching on zinfandel, which was also widely planted. As of today, the total plantings of cabernet are nearing 100,000 acres in California, of which more than 21,000 are in Napa alone.

Stylistically, cabernet sauvignon wines vary from producer to producer, but in Napa, its unmistakable imprint is power and intensity, often bursting out of the glass with lavish black fruit, cassis, graphite, earth and flashy cedar and oak spices. Its thicker grape skins imbue cabernet-rich wines with firm, sturdy mouth-drying tannins that can be plush and silky or chewy and robust.

The greatest challenge for Napa producers is not to let the grapes become overripe. Two of the Valley’s most respected cabernet makers are Chris Phelps (Ad Vivum Cellars) and Frenchman Philippe Bascaules (Chateau Margaux). Both men work in tandem at Francis Ford Coppola’s Inglenook in Rutherford, and although both employ French techniques—Phelps learned to make wine at Petrus—they share a necessary California-focused philosophy of never picking too late because overripe grapes lack complexity.

The intense sun and heat in Napa make it easy to overripen grapes if vineyards aren’t properly managed. When grapes are so ripe they’re practically falling off the vine, “You don't have any exchange between the berry and the stem, then you start to have some oxidation, which means you lose the freshness, flavors and the taste of the place and the variety,” says Bascaules. “Overripeness is the great equalizer,” says Phelps. “I think the great tragedy would be that all wines taste the same someday.”

Ehlers Estate winemaker Laura Diaz Munoz reminds us that although Napa is a small valley compared with other wine regions, “it offers a great variability in climate, soils, elevations and sun exposures that make every single appellation very defined in regards to style,” she says.

Making Napa Valley cabernet sauvignon has been “one of the most rewarding experiences of my winemaking career,” says Amici Cellars winemaker Jesse Fox. “There are lots of wineries making Beckstoffer To Kalon and Oakville Ranch cabs that sell north of $200, and it’s a real privilege to be a part of that group, but the reach we have producing an under-$50 Napa Valley cab is extensive. It’s the kind of bottle I feel good recommending to my friends and family.”

And on that note, these are 10 noteworthy Napa cabernets from some of today’s best producers. Starting at $50, on up to the “splurge” category, these are classic examples that are lovely now but will reward with deep complexities if you have the patience to cellar them for a while.

As this iconic Napa brand inches toward two decades of winemaking, second-generation vintner Jason Lede, the son of founder Cliff Lede, is taking on increasing responsibility. Jason shares his father’s passion for music, and as Cliff named several estate vineyard blocks after his favorite rock songs and albums, Jason got a shot at naming his own recently. He settled on “Intergalactic” as a reference to the Beastie Boys and his personal love for hip-hop; when the younger Lede isn’t managing the winery’s hospitality staff, he’s deejaying and donating funds to local charities.

A real splurge-worthy cab from a staple producer right off iconic Highway 29 in Oakville, this vintage is still only a baby and definitely needs time in the bottle to shed its baby fat. Loaded with red berry fruits, cacao nibs and earth, its powerfully grippy tannins require an hourlong decanting if you plan on popping the cork any time before 2022. But just wait: Layers of red berry fruits, savory spices, fine-French cedar notes, earth and herbs will evolve, and a symphony of Napa brilliance will shine in the glass.

One of the most anticipated openings since The Prisoner Wine Co. took over Franciscan Estate, Faust Haus is a surreal and macabre refurbish of the 1878-built St. Clement house in St. Helena. Rumor has it there may be a speakeasy involved. As for the wine, this 2017 release offers everything there is to love about Napa cab, from warm, ripe blackberry pie and blueberry compote, folded into a graham cracker crust, with tremendous deep earth notes, brown spices and fine French oak all swirled around a silken, creamy, plush mouthfeel.

It’s hard to believe there are still hidden gems in Napa, but Kuleto’s 83 acres of vines planted at elevations between 800 and 1,450 feet in the hills above Lake Hennessey, falling within the town of Rutherford, fall squarely in that category. Everything is estate-grown and -bottled, and because winemaker Giovanni Verdejo has made the wines for the last 18 years, there’s a real consistency in style, which is quintessential Napa cabernet showing classic aromas of ripe blackberry fruit, black cherry, cigar box, graphite, dried wild herbs and a hint of dark chocolate. It’s generous on the palate, delivering blueberry fruit, middle blackberries, crushed violets, sagebrush and green leaf tobacco spices with underlying elongated gritty tannins that soften with a little swirling.

Leave it to a French-born and a French-trained winemaker (Philippe Bascaules and Chris Phelps, respectively) to produce a Napa cabernet that has more of the structural trappings of Old World Bordeaux than anything else. Crafted entirely from estate grapes, Inglenook is the largest contiguous estate on the Rutherford Bench with 235 acres planted to vine, all farmed organically since the 1990s. The 2016 release is fresh and pure, with a deep concentration of black and red fruit. Fine-grained tannins are woven around flavors of French oak spices, cassis, black currant, earth and a lengthy finish underscored by cigar box spices.

Winemaker Josh Phelps has a knack for crafting truly delicious wine at an incredibly approachable price point. Whether it’s his newly released $15 Grounded By Josh Phelps California cabernet, which is built like a wine triple the price, or a bottle of $15 rosé or $25 pinot noir under his growing portfolio of Grounded Wine Co. wines, he nails it every time. He knocked it out of the park with his 2016 Steady State cabernet, which delivers a silken-textured wine packed with sumptuous black cherry, graphite, violet florals and sweet oak spices. 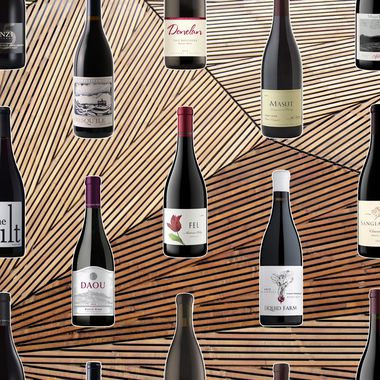 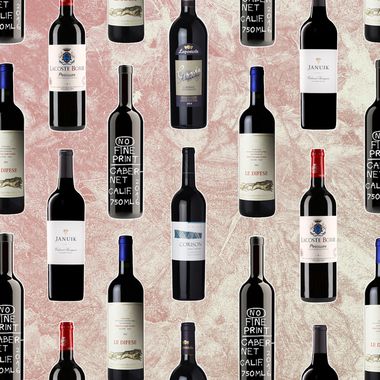 Cabernet Sauvignon: What to Know and 6 Bottles to Try 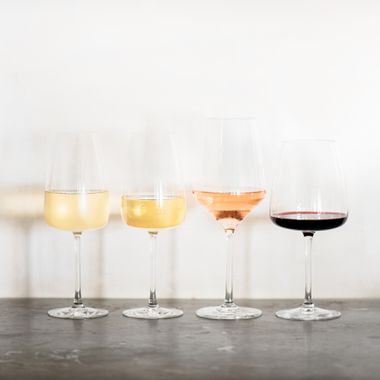