You've likely already had more of it than you realize.

If you love flavor-packed red wines, it's a sure bet you'll like mourvèdre. This tiny, tannic variety, also sometimes referred to as mataro or monastrell, packs a serious punch. And if you're a frequent full-bodied red blend drinker, then you may have already consumed more of it than you think—it's frequently found in blends alongside grenache and syrah.

Mourvèdre is a dark-skinned red grape variety that is grown in many viticultural areas around the world. The grape is commonly used in red blends since it is known for creating tannic wines with high levels of alcohol, though it is also vinified monovarietally. The grape buds and ripens late, and tends to perform best in very hot and dry climates. On the vine, mourvèdre berries are small and compact, and generally grow in cone-shaped clusters.

Where Does Mourvèdre Come From?

Although mourvèdre originates from the Mediterranean area of Spain, the grape is now commonly associated with southern French wine regions, particularly Provence and the Rhône Valley. In Spain, the grape is found across Valencia and Jumilla. In New World regions, mourvèdre has a strong presence in California and Washington state, and is also a key player in South Australia's viticultural scene.

How Is Mourvèdre Made?

Mourvèdre is vinified in a variety of styles, and its ultimate flavor profile depends on the producer and their preferences. The grape is used both in blended and varietal winemaking. When used in blends, the grape is known for bringing color, tannins, and gamey red-fruited flavors to the final wine.

What Are Other Names for Mourvèdre?

While much of the world, including France and the United States, identifies the grape variety as Mourvèdre, the variety is also called mataro (specifically in Portugal and Australia) and monastrell (in Spain). Allegedly, there are nearly 100 different names for Mourvèdre worldwide.

What Is a GSM Blend?

GSM blends are composed of a mix of grenache, syrah, and mourvèdre grapes. These blends are most commonly produced in the South of France and Australia, though domestic expressions are on the rise.

Whether used in blends or vinified on its own, mourvèdre is known for producing tannic, flavor-packed wines. Flavors of red fruit, dark berries, game, and earthy are all common tasting notes associated with mourvèdre.

Which Foods Pair Well with Mourvèdre?

Due to its rustic, full-bodied nature, mourvèdre wines pair best with equally hearty foods. We recommend sipping it with braised beef, roast leg of lamb, or savory vegetarian stews.

When it comes to world-class mourvèdre, Domaine Tempier reigns king. It was Lucien Peyraud of Tempier that helped put the Bandol AOC on France's radar, and also pioneered the cultivation of mourvèdre across the South of France. As a result of his work, mourvèdre became widely planted across the region again. It is now required to compose a minimum of 50% of all red wines labeled under the Bandol AOC. This legendary cuvée is made up of 75% mourvèdre hailing from 40-year-old vines rooted in clay-limestone soils. Flavors of dark fruit, game, and spice mingle with dusty tannins, leading to a polished, palate-coating finish.

Natural-wine aficionados, this is the perfect pick for you. Although the winery was established in 2004, it wasn't until 2015 that Donkey & Goat started making its "Twinkle" cuvée. The wine drinks like a darker rosé and is loaded with juicy flavors of tart red fruit, raspberry coulis, and watermelon rind, marked by nervy acidity and a zesty, thirst-quenching finish. Tracey Brandt, the estate's winemaker, recommends drinking this wine chilled.

The fruit for this certified-organic mourvèdre comes from Scaggs Vineyard in Mt. Veeder (Napa Valley). On the palate, the wine is structured and fruit-driven, laden with flavors of ripe dark fruit, berries, scorched earth, and a touch of meat. Grippy yet accessible tannins lead to a lingering, lip-smacking finish.

The Stolpman family is a leading pioneer of Santa Barbara's viticultural scene, and their Ballard Canyon mourvèdre is truly unmissable. This high-toned wine shows flavors of red fruit, muddled strawberries, and spice. Pliocene gets its name from the eponymous era, when the land that Stolpman sits on today was elevated from the bottom of the ocean to a fertile estuary. The limestone outcropping created from said movement is a key factor in what makes the Stolpman's land so special today.

Tim Smith is one of the Barossa Valley's most celebrated winemakers. Starting in the early 1980s, he worked in various cellars across Australia, France, and Portugal, then ultimately returned to Barossa to create his eponymous label in 2002. Fruit for his varietal mataro comes from two vineyard sites whose vines range from 70 to 140 years in age. The fruit is fermented with native yeasts and ages in large-format French puncheons. Plush flavors of blackberries, damp earth, and sweet spice lead to a silky and supple finish. 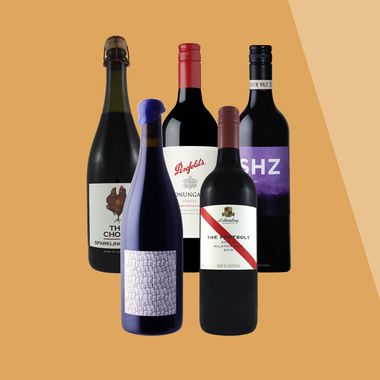 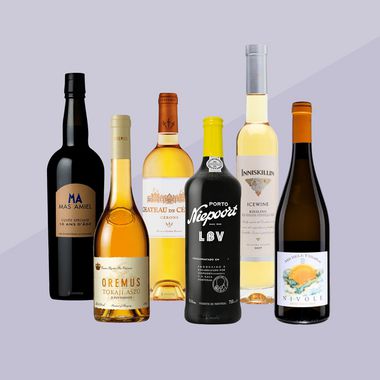 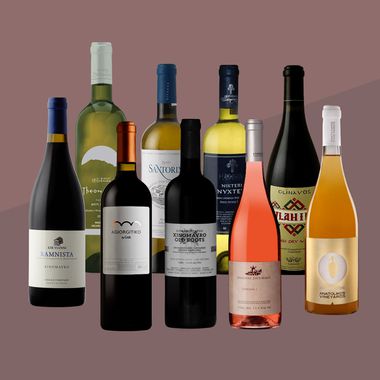 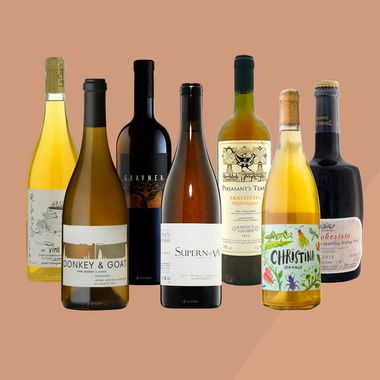