Plus the right cocktail for each one.

Before we delve into the different bottles of maraschino liqueur and the nuances that make each unique, let’s address the most common questions: What exactly is maraschino liqueur anyhow? And does it have anything to do with the delicious cherries that adorn myriad cocktails or the neon red ones that top ice cream sundaes?

While the bright red cherries of soda fountain forays are usually the product of varieties like royal ann, corum, napoleon and rainier, often sourced from the Northwest U.S., the liqueur is the product of the marasca (or maraska) cherry, a small, firm, dark and slightly sour fruit originally cultivated on the Dalmatian Coast of Croatia, where the liqueur likely got its start. It’s that cherry that gives the liqueur its name and flavor, as well as its pronunciation: mar-uh-SKEE-no. The bottles here range between 24% and 32% ABV, considerably less than most full-fledged spirits but enough to keep their candylike flavors an adults-only tipple.

Among maraschino liqueurs, the flavors come in many different shades, from sweetness or pure cherry flavor to bitterness or flowers or almonds, making choosing the best one for a particular cocktail a weighty decision. Each one of these excellent bottles is a cherry of an addition to your backbar or bar cart.

The Amsterdam producer, which has been around since the late 16th century, is known for the dozens of liqueurs it produces, some very traditional, some much less so. But the maraschino has been steady since the late 1800s, and its notes of candied cherries and marzipan make it a good choice to balance the tartness in a whiskey-based Kentucky Flyer.

This producer of fruit liqueurs, based in Turin, Italy, takes the prize for the most alluring marasca cherry aromatics. Reminiscent of a freshly baked sour-cherry pie, Vergnano gets its vibrancy from a full year of macerating the crushed whole cherries in alcohol. Now on its third generation (its maraschino entered the world in 1865), Vergnano partners with local growers in Piedmont and is certified organic. Try it poured over gelato, because why the hell not?

Gabriel Boudier’s cherry liqueur presents itself on the nose more like a delicate rose-scented brandy than a candy, although it’s chocolatey, earthy and rich on the palate, but with a nice, peppery bitterness that runs straight through. While the company has been making fruit liqueurs in Dijon, France, since 1874, the maraschino was added to the lineup only fairly recently, in 2001. It’s made with the same old-school production method as all the company’s fruit distillates, with a three- to five-day maceration of the marasca cherries sourced from Croatia, then is distilled in an alembic pot still. It makes a bold partner for mezcal, which subs nicely for the gin if you feel like modifying an Aviation.

There’s something out-and-out jolly and entirely robust about the aromas of juicy, ripe black cherries in this liqueur. Part of that might be that its base distillate comes from molasses, as well as its residual sweetness from beet sugar. But there’s also a distinctive baking spice quality to this liqueur, which cleaves to rye in cocktails like a Brooklyn.

Of all the bottles on this list, Leopold Bros. from Denver, Colorado, is the one maraschino that truly can stand on its own, apart from its role as a cocktail modifier. The aroma, fresh and floral, is more akin to a delicate fruit brandy than a sweet liqueur, and that follows through in your mouth with its gentle lo-fi sweetness, balanced by the pleasantly bitter bite from the whole crushed, macerated and fermented marasca cherries procured from Croatia. They’re combined with a distillate made from tart Montmorency cherries and coriander for a truly standout maraschino. (Note: Leopold suggests finishing the bottle within 30 days of opening it or storing it in the refrigerator to extend the liqueur’s life.) You might think it would get lost in a Martinez, but its delicate charms and herbal notes tame the sweet vermouth and allow all of the cocktail’s ingredients to join each other in harmony.

Luxardo has become the gold standard of maraschino liqueurs, so much so that it’s uncommon to see a bar without the distinctive straw-encased bottle on a shelf. Its recipe, offering aromas of tree blossoms and fresh cherry, as well as a just-right sweetness and silky texture, is said to have come from the family matriarch and began production in 1821 in the city of Zara on the Dalmatian Coast of what is now Croatia. During World War II, the only surviving member of the Luxardo family fled to Italy with a marasca sapling in tow; the liqueur has been produced in Padua ever since. In spring 2020, the sixth generation of the Luxardo family released its first gin in the United States, a London dry style that, combined with its famed pot-still-made liqueur, makes a lovely version of a Last Word.

Maraska is the result of many small producers joining forces to form one company in 1946, a smart decision that also helped them gain control over the growing as well as distilling. Today, this certified kosher liqueur maker owns more than 100,000 marasca cherry trees in Zadar, Croatia, that it uses to made this elegant liqueur that smells of faintly of clove, as well as dark cherries and orange blossoms, with its precise level of sweetness and sleek texture on the palate. Hemingway Daiquiri fans, look no further.

Article Sources
Liquor.com uses only high-quality sources, including peer-reviewed studies, to support the facts within our articles. Read our editorial process to learn more about how we fact-check and keep our content accurate, reliable, and trustworthy.
Continue to 5 of 7 below. 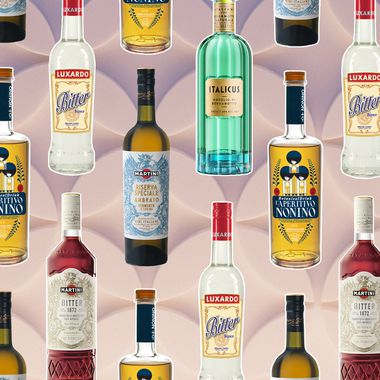 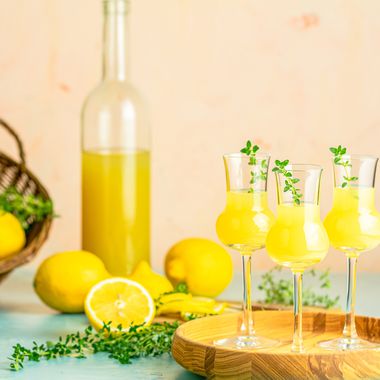