The distributor landscape has changed. This is how these smaller brands are dealing with it.

Ten to One Rum expected 2020 to be a big year for the fledgling rum brand. In a way, it was: The New York City distillery collected numerous accolades throughout the year. But it could have been even bigger. After all, the company had ambitious plans to expand distribution and get its critically acclaimed bottles into California, Florida and other markets throughout the Midwest and mid-Atlantic region. Then the pandemic hit, and deals dried up one by one. “We had our strategy all laid out before the pandemic,” says Ten to One founder Marc Farrell. “It only took a week or two after it fully hit for us to realize the gravity of the situation.”

In Santa Ana, California, Blinking Owl Distillery was ready to move beyond its California bubble before the pandemic struck. The distribution deal it landed in Massachusetts just before the pandemic was tabled shortly after bars and restaurants closed down. Other plans went awry just as quickly. “We were exploring expansion into Kansas, Tennessee and a few East Coast states,” says Blinking Owl co-founder Brian Christenson. “When the pandemic hit, the distributors we were talking to politely told us there was no room in their portfolio anymore.”

Disrupted distribution deals like the ones that affected Ten to One and Blinking Owl became part of the craft distillery landscape almost as soon as the pandemic began. These crumbling contracts caused a crippling effect that hindered growth and slashed revenue in the craft sector. As the U.S. inches toward a post-pandemic status, the effects of these broken distribution channels may continue to linger for some distilleries even after things appear to look normal.

A January 2021 survey conducted by the American Distilling Institute (ADI) reported that 55% of distilleries experienced revenue decline in 2020, with 36% reporting a reduction of more than 25%. These numbers may seem contradictory to last year’s reports of robust alcohol sales, but they provide a glimpse into the level of chaos caused by disrupted distribution channels.

Unlike the familiar brands that line liquor store shelves and drove last year’s sales uptick, smaller and craft labels primarily gain market penetration through on-premise accounts like bars and restaurants. Mandates to reduce the spread of the COVID-19 virus effectively closed these crucial channels during the pandemic in many areas, severely limiting distributors’ ability to promote new brands to their accounts. Interest in adding new craft brands to portfolios evaporated, even amid negotiations to bring the labels on board.

Crumbling prospects were only part of the problem. The truncated channels also impacted relationships with existing distributors hampered by these limited on-premise options, which led to devastating results for some craft brands. “We had three distributors drop us: one in Pennsylvania, one in Georgia and one in South Carolina,” says Scott Harris, the co-founder of Catoctin Creek Distillery (along with his wife, Becky, Catoctin’s head distiller) in Purcellville, Virginia. “There was such a big upheaval in their restaurant accounts that it caused them to scale back their inventory. People will say it’s just business, and it is, but it doesn’t leave you any less frustrated.”

In some cases, deals were severed due to economic woes on the distribution side. “Our distributor laid off one-fourth of its sales force when the pandemic hit,” says Aaron Bergh, the founder of Calwise Spirits Co. in Paso Robles, California. “We weren’t getting the sales we used to because the distribution reps working with our brand lost their jobs, and a lot of accounts ended up getting shut down.”

Bergh also notes the distributor was eventually purchased by a larger competitor, leaving him in an ongoing search for a replacement. The transaction itself symbolizes a growing concern within the industry, as some distillers worry the pandemic’s lingering financial effects may render smaller, struggling distributors more susceptible to being snapped up by larger competitors. They contend that an increase in consolidation could freeze out new or smaller labels trying to push their label beyond their tasting rooms. “The bigger distributors focus on the industry’s cash cows,” says Harris. “They’re just not interested in smaller brands. It’s a big problem. If it continues, mom-and-pop distilleries without a kick-ass space that draws tourists may not ever have a shot at distribution, even if their juice is incredible.”

For some brands, the industry’s slow trudge toward normalcy has delivered renewed hope. Ten to One’s expanded distribution plans have resumed and could possibly be fully realized by fall. Blinking Owl is gearing up to rebuild its brand in Massachusetts with the same distribution partner once more. And while the pandemic initially derailed their plans, it also gave both labels time to make those plans even better. “The pandemic gave us time to think strategically about how we want to grow,” says Christenson. “It allowed us to get better at long-term planning.”

“The pandemic was the ultimate case study in dealing with the unexpected,” says Farrell. “However, the plan is to now come out stronger on the other side, with a more robust view of distribution channels, different markets and the customer. We feel that we’re already hitting that goal.”

Of course, it remains to be seen if the renewed distribution plans will launch as expected. Yet the fact that some discussions are picking up where they left off feels like a victory for the industry. After more than a year of existing and potential distribution deals paused, broken off or outright terminated, such negotiations have been sorely missed. 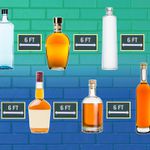