It’s not hyperbole to say that the Instant Pot has revolutionized the home kitchen and even professional ones, replacing large footprint single-use gadgets like the slow cooker and rice steamer. Some models can even churn out your morning yogurt or air fry the crispiest hot wings you’ll ever tear into. And just like other tools usually wielded by chefs, bartenders are now borrowing this all-in-one technological shortcut to whip up ingredients and garnishes for cocktails in, well, an instant.

At WoodWind, a contemporary American restaurant in Chicago, beverage director Carolina Gonzalez’s favorite function of the Instant Pot is the dehydrator. “Not only does it allow me to make innovative garnishes, but I can make powders out of fruit,” she says, which she sprinkles on top or uses to rim a drink. The ability to add fruit and let it slowly dry unattended until the next day is perfect for busy prep days, she adds.

Gonzalez’s Phenomenal Woman cocktail, created recently in honor of International Women’s Day, has two dehydrated garnishes dried in the Instant Pot: a lime wheel topped with freshly ground hazelnut and citrus “ash” made by dehydrating limes for two weeks until they are black and completely dry. The dehydrator feature can also render cinnamon-dusted dried apple slices for bourbon sips, coconut chips for Tiki tipples and dried strawberries, which quickly reconstitute in Champagne cocktails.

Eliminating bar tools that only serve one purpose is a logistical and ergonomic benefit of the Instant Pot, says Olivia Duncan, freeing up both storage and prep space. Duncan, the beverage director at Galit in Chicago, also points out that a cornerstone of the cocktail program at her Middle Eastern eatery is waste reduction, combated by using the Instant Pot to coax out flavor from leftover scraps. “We’re always looking to incorporate kitchen ingredients that might not otherwise be put to use,” she says.

After Galit’s kitchen cooks down golden raisins, water and lemon juice in the IP for an almond raisin romesco sauce used in kibbeh halab (fried fritters filled with meat and rice), what remains is a slightly sweet, raisin-y liquid. The bar team incorporates it with turmeric and demerara syrup for the earthy and vegetal 2429K cocktail with tequila, green Chartreuse and carrot. Duncan looks ahead to pressure-cooking seasonal fruit like peaches and strawberries for purees to add to refreshing summery libations.

Andy Bixby, the creative director of cocktails for Dram & Grain, The Imperial and Jack Rose Dining Saloon in Washington, D.C., also uses the Instant Pot for a reduced infusion, one made right in the can. He removes the label from a can of Coco Lopez, adds a cup of water to the bottom of the pot, places the can on top of the steam rack and pressure-cooks it for six hours. Because pressure cooking can reach higher temperatures than boiling alone, there’s an increase in the Maillard reaction, the chemical reaction between reducing sugars and amino acids that gives browned food a distinctive flavor.

“[It] causes the sugars to caramelize, pulling back on the sweetness and providing a cool layer of depth, complexity and a hint of bitterness,” says Bixby. The Toasted Coco Lopez, as he calls it, is shaken into the Piña Colada-style Put the Lime in the Koji-Nut along with a house-made white rum blend, nigori sake, house-made tamaro (a sous-vide-infused amari), lime and togarashi tincture; the drink is served in a tall glass over crushed ice with mint, dried lime and a cocktail umbrella.

The Instant Pot is more than capable of imparting flavor in a hurry, but Bixby doesn’t predict bartenders will be using the Instant Pot used to infuse spirits for two main reasons. Since the pent-up steam that needs to be released either manually or automatically after pressure cooking is composed mostly of alcohol vapor, in essence you’re losing a lot of the flavored booze you’ve worked to create in the first place.

Also, venting the remaining pressure before removing the lid brings with it the chance of inhaling alcohol-fueled fumes. He has seen the IP effectively used to make mulled wine, which inherently has a lower proof. He also recommends applications like intense steeping of ingredients in water to make a “tea” reduced with sugar into a syrup or making your own kefir or yogurt strains as a dairy replacement in a drink.

Still, he predicts the Instant Pot might remain kind of niche for bartenders. “It can be a fun addition to a bartender’s tool belt, but I don’t think it will fill as many holes on our side as it does for the home chef.” Nonetheless, it turns out that sometimes being under pressure at work can be a very good thing. 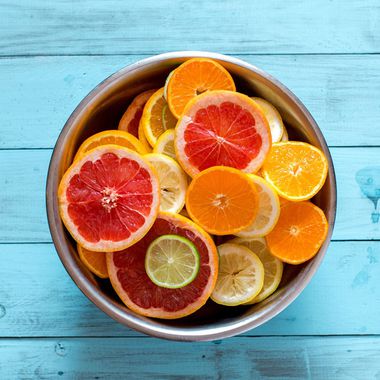 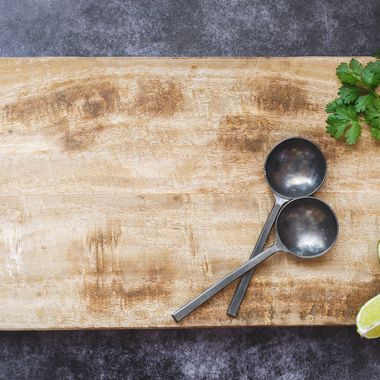 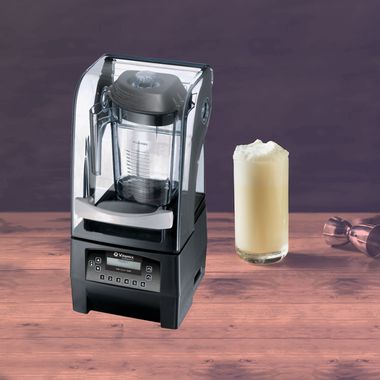 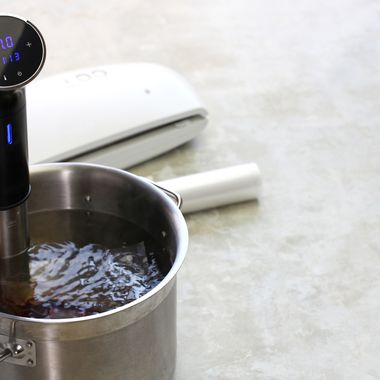 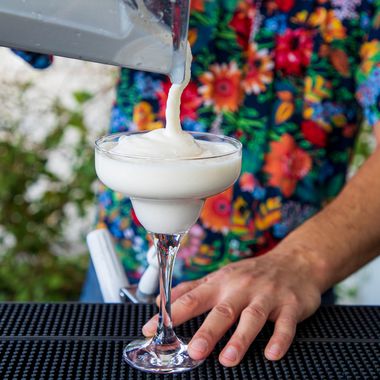 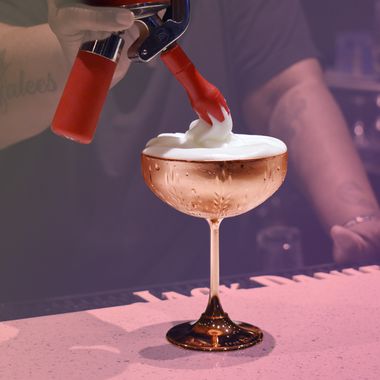