Go beyond the disco drink with these four cocktails.

Those who came of age during the 1970s remember Galliano as the slender bottle too tall to fit in kitchen cabinets or bar shelves. It became a fixture on the corner of the dining room floor until our parents donned leisure suits and jersey wrap dresses and mixed up Harvey Wallbangers before a night out at the disco. You may have snagged your own yellow bottle of liqueur a few years ago, when the Me Decade’s precursor to the Fuzzy Navel made a short-lived retro resurgence, but now it has, alas, likely been left to its own devices in a forgotten corner of your own abode.

“Galliano is an herbal liqueur that combines more than 30 ingredients; it brings a lot to the party,” says Tanya Cohn, the U.S. brand manager for the spirit. “Its best element, its herbaceousness, can make it challenging and not for everything.”

First created in 1896 by Italian distiller and brandy producer Arturo Vaccari, Galliano is made by infusing neutral alcohol with herbs and spices that include star anise, anise, juniper, lavender, cinnamon and its signature flavor, vanilla, then sweetening and coloring the resulting liqueur. 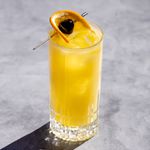 The inclusion of star anise and anise make it akin to Sambuca or Pastis, according to Andrew Nichols, the head bartender for Atlas Restaurant Group in Baltimore. “Swapping Galliano for absinthe in a drink like a Sazerac can make a challenging drink more approachable,” he says. And because agave spirits are rich in vanillin, the same flavor compound that provides Galliano’s dominant flavor, he also recommends it as a modifier in tequila-based drinks.

Nichols goes on to point out that it shares many of the same spices as Italian amari, without the latter’s bitter elements like gentian, wormwood or cinchona. “Split an amari component of a cocktail in small amounts with Galliano to cut the bitterness without sacrificing depth of flavor,” he says.

“The complexity is the key—its flavors that are well-balanced together,” says Antonio Matarazzo, the co-owner and beverage director of Stellina in Washington, D.C. “We still love to use a classic spirit to add flavors that no other product could.”

“Galliano is a very unique blend of flavors conveniently contained in one bottle,” says Will Benedetto, the beverage director for IGC Hospitality Group in New York City. “It can be a great solution to making any stirred drink more unique while maintaining consistency.” Start by using it to replace the simple syrup in a whiskey, tequila or mezcal Old Fashioned. Steer clear, however, of using it in rum and brandy cocktails, which will come across too sweet, and when using it in shaken drinks, he advises to make them “bright and dynamic with lots of acid and fresh product.”

The biggest misconception about the liqueur, that it’s “too sweet,” is just as silly as saying lemon is too sour or bitters are too, well, bitter, Benedetto believes. “A lot of things are too ‘something’ by themselves,” he says. “We mix them together to create something delicious.” For those naysayers, he has a simple experiment: Mix an ounce of Galliano with five ounces of soda water over ice, with a twist of lemon. “It really helps a person taste through its numerous complexities. It’s delicious!” 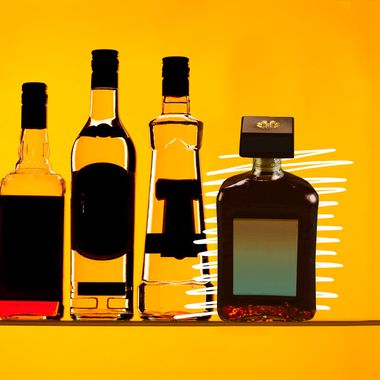