Cocktail names often offer fanciful promises: See the Corpse Reviver No. 2 and the Painkiller. According to the inventor of the Fog Cutter himself, this potent mix of three spirits, citrus juices, and orgeat, with a sherry float, may indeed clear things up for any drinker…but it’s just as likely to make them even foggier. “Fog Cutter, hell. After two of these you won’t even see the stuff,” wrote Victor “Trader Vic” Bergeron in his 1947 book Bartender’s Guide.

Bergeron started serving the Tiki classic at his Oakland, California bar, Trader Vic’s, in the 1940s. He was one of the early imitators of Donn Beach (née Ernest Gantt), who opened his Hollywood bar Don the Beachcomber in 1934 as Prohibition was winding down, inspired by his travels in the South Pacific. While Beach might have originated a certain brand of kitschy, thatch-roofed bars slinging rum-based cocktails out of carved mugs, Bergeron helped to popularize Tiki culture with drinks including the Mai Tai and the Fog Cutter, or Samoan Fog Cutter. Like many Tiki drinks, the latter wasn’t designed for the faint-hearted; in fact, at Trader Vic’s, there was a strict two-drink limit for Fog Cutter imbibers.

While Tiki drinks often blend rums, this classic blends three different spirits: light rum, cognac, and London Dry gin. It’s similar in, ahem, spirit to another Bergeron invention, the Scorpion Bowl, which also includes multiple liquors and citrus juices. Although it’s undoubtedly strong, the drink is still delicious, thanks to the citrus juices and orgeat, an almond-based mainstay in Tiki cocktails. The drink also calls for a sherry float, slightly upping the alcohol ante. You’ll want to reach for an oloroso sherry for its sweetness and rich, nutty notes that pair well with the orgeat and citrus juices.

Today, you’ll find many variations on the drink. San Francisco’s Smuggler’s Cove adds pisco to the mix in lieu of cognac; The now-shuttered Lost Lake in Chicago called for orange curaçao instead of orange juice and swapped the light rum for a funkier rhum agricole. But at Trader Vic’s, where it’s still called the Samoan Fog Cutter, the original recipe remains. The drink even has its own mug, but it will taste just as delicious out of a Collins glass. No matter how you serve it, the liquid inside will live up to its fog-clearing, or -enhancing, promises. 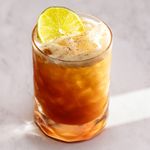 Mai Tai
296 ratings
Rate This Recipe
I don't like this at all. It's not the worst. Sure, this will do. I'm a fan—would recommend. Amazing! I love it! Thanks for your rating! 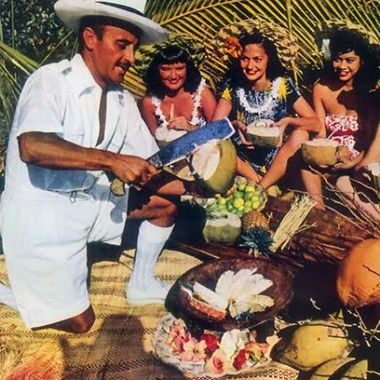 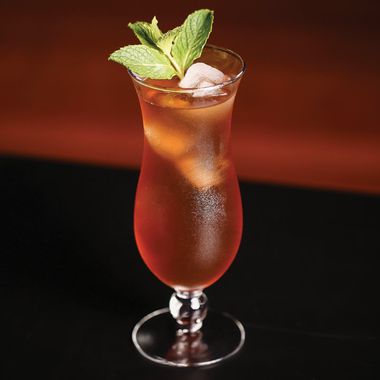