Where else can you drink a multicourse meal?

Double Chicken Please existed as a concept years before it became a brick-and-mortar bar. Unable to finalize a New York City location for the bar he’d long dreamed of opening with Faye Chen, cofounder GN Chan set out in 2017 in a yellow 1970s Volkswagen camper van for a solo mind-clearing trip, which somewhat accidentally turned into a mobile pop-up bar. Chen soon joined him, and the two traveled the country, sharing their inventive cocktails with a widespread audience as the first iteration of their bar. “We treated it as a teaser, as a preview and a test run before we finally opened Double Chicken Please,” says Chan. They finally secured a permanent space for the bar in summer 2019, and after a lengthy and pandemic-delayed build-out, DCP had its long-awaited home.

The result is essentially two separate bars in adjacent spaces. The front room, which opened in fall 2020, is a casual concept, offering chicken sandwiches and cocktails on tap, while the back room, which opened in July 2021, is a chic and refined space, very much a serious cocktail bar, with a separate menu, lower lighting and sophisticated banquettes lining the room. “The front is fast-casual, high-energy, more pub-like,” says Chan, a veteran of Angel’s Share and Mace. “The back is calmer, more elegant and quirky. It’s a way to balance it out, to sometimes be fun and sometimes be more focused.” He compares it to The Dead Rabbit, with its ground-floor tavern and second-floor cocktail parlor. “You offer different products to attract different crowds and present different thoughts.”

Each of the back room’s specialty cocktails, seven currently on the menu, was inspired by a food item. Some, like the Waldorf Salad, replicate the flavors of their food namesake eerily well; others, such as the Japanese Cold Noodle, are more conceptual. In either case, it’s a unique conceit and a memorable one. Chan explains that he doesn’t drink alcohol, so he rarely finds inspiration from drinks. “I’m more inspired by food, so why not turn a dish into a drink?” he asks. It was also originally intended as a way to help guests choose their drinks more quickly; the thinking was that the familiar flavors would speed up their decision-making. As it turned out, “It doesn’t work that way,” says Chan, laughing.

These are the three cocktails Chan chose to represent the Back Room at Double Chicken Please. As a bonus, when enjoyed in this sequence, they essentially represent a three-course meal.

“Beet salad is actually the first drink I intentionally created to mimic a dish,” says Chan. Several years ago, while he was bartending at Angel’s Share, a guest requested a cocktail that would taste like the beet salad she’d had at dinner earlier that night. “I said, ‘All right, let me try this.’” He made it happen that evening, and has continued making the drink ever since, although it has undergone some fine-tuning along the way. “So this drink is the O.G.,” he says. He’s taken it on the road, serving it during DCP’s pop-up years. “It’s a crowd-pleaser,” he says. “Especially when I was in Moscow and St. Petersburg, where people loved it because they said it tastes like borscht. I’m just happy that people like it.”

“Red Eye Gravy is a fun one,” says Chan. He was inspired after hearing about its namesake dish, a southern specialty of country ham, butter and strong black coffee, on “The Mind of a Chef,” and was intrigued by it. “I went to a restaurant to try the dish, and I really liked it. So I said, ‘Let me turn it into a drink.’” He chose to make it into an Old Fashioned riff.

“The way we do it is we melt down a lot of unsalted butter, and we cook it with dried porcini and shiitake mushrooms to get the flavor from the mushrooms into the butter,” says Chan. “And we take this butter and sous vide it with coffee beans for another three hours to get a very subtle flavor of coffee into the butter. So you have mushroom-coffee butter, and you fat-wash whiskey with it.” He uses Teeling small batch Irish whiskey for its higher proof and relatively neutral flavor. The fat-washed whiskey gets stirred with a brown-sugar syrup cooked with fresh corn that’s been grilled on charcoal, along with a touch of walnut liqueur.

“The prosciutto represents the piece of ham in the dish,” says Chan. “We tried lots of ways to make this prosciutto, and we found the microwave is the best: clean, quick, accurate.” Guests are instructed to take a sip of the cocktail, then a bite of the prosciutto. “Once you bite into the prosciutto, the fat, saltiness and savoriness will keep the saliva flowing, and that helps for the flavor. And the saltiness balances out the sweetness of the drink, too.”

“Each drink has a different way to represent the dish,” says Chan. “For Beet Salad, you basically juice all the ingredients and you put it together and it works. For the Red Eye Gravy, there’s a lot of process, but it’s basically still the same ingredients as are in the dish. French Toast is a bit tricky, because you need the toast flavor and you need the creamy flavor. We worked on this one for a while.” It’s a dessert drink, in the style of a flip. “Because how do you cook french toast?” he asks. “You incorporate eggs.” In trying to find a bridge between all the drink’s flavors—the toast, the milk and egg, rum—Chan found that coconut water allowed them all to merge, “even though it’s not something you’ll typically find in your french toast.”

The drink comes with a housemade chocolate-and-coffee-flavored “Oreo” garnish inspired by the flavors of an Espresso Martini, made in a custom 3D-printed mold. The bitterness of the cookie’s coffee flavor offsets and complements the sweetness of the cocktail. The concept is essentially a food pairing in reverse. “Imagine you’re having french toast for breakfast and you’re holding an Espresso Martini,” says Chan. Except here, you’re doing the same pairing but in the opposite format. “You’re drinking your food and you’re eating your drink,” he says. “Isn’t that fun?” 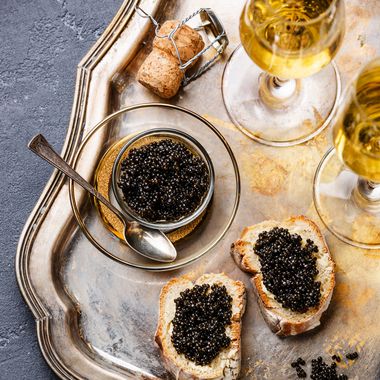