This category-defining cristalino tequila is aged yet colorless.

Palate: It enters the mouth silky and round with notes of vanilla, cooked tropical fruit and white pepper. Midpalate it is medium- to full-bodied with spice, toasted oak and dusty sugar. The finish is easy and elegant, with hints of white pepper, tobacco, nut and a very soft wet oak. Agave is present throughout.

Finish: Medium, with notes of vanilla, white chocolate and caramel

This tequila was launched in 2011/2012 to celebrate the 70th anniversary of Don Julio Gonzales’ entry into the world of tequila (and not because it’s a 70-year-old aged tequila). At the time, filtered, colorless aged tequilas were a rarity on the market and generally prohibitively expensive. Don Julio found a way to introduce the concept to a wider audience.

Former Don Julio master distiller Enrique de Colsa was behind the process for Don Julio. After aging for 18 months in ex-bourbon American oak casks, the spirit is then filtered to remove the color, some of the tannins and the sharper wood flavors common to aged spirits and “rehighlight” some of the fruit and grass agave notes commonly observed in blancos. Charged particles are added to the aged liquid, which attract the suspended oak-influenced molecules that add color. After sitting for a time, these bonded particles can be filtered out through charcoal.

The result is a clear liquid, ideal for cocktails but with more body and complexity than an unaged spirit. On the nose, it’s significantly more aromatic than many blancos, but the agave freshness is the primary note, with vanilla and very faint soft oak note following. On the palate, it’s silky, medium-bodied and slightly sweet. While agave is the through-note, vanilla fruit and baking spice up front give way to pepper, chocolate and a hint of oak at the back of the throat. Comparing it side-by-side with the regular Don Julio añejo, the unfiltered añejo is decidedly warmer and oakier on the nose, with more spice, oak and cigar notes on the palate. Clearly, the 70 is meant to appeal to drinkers who are used to blancos or reposados but are open to experiencing a little more.

The category, now called cristalino, has become wildly popular in the past year or two and seems perfectly suited for clubs, resorts and other social hot spots, providing a “luxury” spirit that looks great in a Margarita or shot glass. But because the tequila contains a more complex flavor profile, it also creates an opportunity for mixing with cocktail ingredients more commonly associated with whiskey or aged rum. Think Negroni-style drinks with sweet vermouth and an aperitif. Likewise, brown-sugar-influenced sweeteners, pineapple or orange bitters will all work beautifully with it. Some tequila aficionados pooh-pooh cristalinos as unnecessary and a sort of shadow of what aged tequilas can be. Neither of those opinions should deter you from giving it a try and deciding for yourself.

The product was dubbed “claro” rather than cristalino when it launched and retained that name well into 2018 or so. 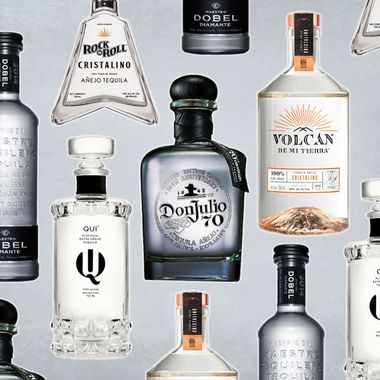 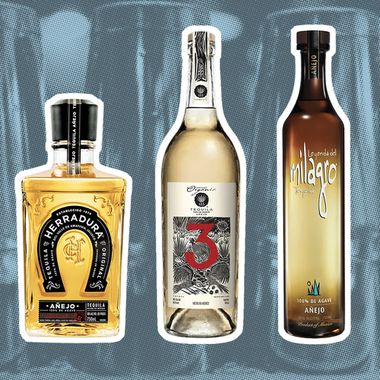