Many bartenders have dreamed of concocting their own spirits from scratch. In some sense, this can be achieved from infusions or home fermentations. But a new distillery in Greenport, New York, on the North Fork of Long Island, is bringing distilling to the masses, giving drinkers and bartenders alike the opportunity to make spirits from scratch.

As long as you have a few thousand dollars to spend, the Matchbook Distilling team will hold your hand through the full process of creating a spirit, from designing labels to selecting bottle shapes and crafting flavor profiles⁠. Visitors sift through a botanical wall of ingredients, containing everything from basil and juniper to gooseberry, bergamot and palo santo.

This kind of bespoke distilling wasn’t legal before 2018 in the state of New York. But Matchbook Distilling’s founder, Leslie Merinoff-Kwasnieski, lobbied for a passing of a bill that allowed the creation of small one-off batches without acquiring liquor production licenses.

Don’t expect docile flavor infusions⁠. The distillery’s creations include whiskey made from day-old bread and doughnuts from local bakeries; an apple brandy aged in Laphroaig’s peated whiskey casks; and a Mexican-accented whiskey is made from Oaxacan green corn, distilled with ají amarillo, then laid to rest in a sotol barrel.

Piper Kristensen, the beverage director of Oxalis, caught wind of these creations when the restaurant first opened in the Prospect Heights neighborhood of Brooklyn, New York. “We went out to the distillery, and they had this huge portfolio of single-ingredient distillates: brandies made out of unconventional fruit and single-ingredient macerations,” he says. “Everything was made with New York State grain as a base spirit and redistilled in-house.”

The distillery’s focus on locality brings New York distilling using New York State agricultural projects to New York bartenders. “They drive it here in a van and take our empties,” says Kristensen. “So it’s as close to closed-loop and local as we can be.”

The creation process begins with a consultation at the distillery⁠, either via phone call or an in-person meeting⁠, to get an understanding of what the final spirit ought to taste like. “Through this dialogue, we look to understand the pronounced flavors a bar is looking for in their proprietary spirit,” says chief operating officer Paul Monahan. “Our production team works on trials to land the intended flavors and values.” All final products are run by the bar for approval. From the first consultation to the spirit landing on a backbar, the total process takes between eight to 12 weeks.

While the potion-making happens on the production side, Matchbook works with designers to create labeling. “This can be the bar’s logo, brand guidelines or any visual identity the bar wants to showcase,” says Monahan. The distillery handles all legal aspects of producing the spirit, including taxes, labeling and paperwork. “After the label is approved, we register it with the state it’s intended to be sold in, and green-light the printing of the approved labels,” he says.

What Kristensen ended up concocting was a cherry-blossom spirit, inspired by the restaurant’s proximity to the Brooklyn Botanic Garden. Now, the bar team goes out to the distillery every few months to talk ideas over with Matchbook’s team, says Kristensen. “They’re always willing to grow with us,” he says. During springtime, Oxalis showcases the cherry-blossom-infused grain spirit, as well as a chamomile version in autumn. “They operate outside the realm of corporate liquor.” he says. “So we have free rein to make whatever we like.”

Although in current times many bartenders aren’t pushing drinks across the wood as frequently as they normally might, the distillery team is using this time to create the spirits of their dreams. They made a blackstrap rum co-fermented with cold-brew coffee and rum dunder; and Sole Mio, a spirit distilled with three strains of koji, rice, butternut squash and organic wheat.

The prospect of custom distilling also has New York’s top bartenders clamoring to create spirits of their own. Matchbook has worked with a slate of restaurant- and bar-world giants, from The Dead Rabbit to Blue Hill at Stone Barns. At Hunky Dory, Claire Sprouse works with the company to make a yogurt-whey-based Eau-de-Milk Punch (co-fermented with organic grapefruit juice) to match the Brooklyn bar’s sustainable sensibilities. Uncle Boons worked with Matchbook to craft a tamarind-spiced rum, used in an umami-heavy Margarita riff.

For Oxalis’ Kristensen, crafting a custom spirit offers the opportunity to hone in on singular flavors. “I’m tired of having to parse out flavors,” he says. “When there are 47 different ones in a spirit⁠—Can you taste the grains of paradise? The angelica root?—It was exciting to have these building blocks in my control.”

It also allows him to move outside the formulaic approach to cocktail-building. “All spirits now are made with roughly the same proof,” says Kristensen. With custom distilling, however, “there's a lot more room to work with something that is 30% or 55% ABV. You get different intensities of flavors.”

Monahan likens the process of creating a spirit to painting. Building a spirit from scratch is like “expanding their color palette. You’re adding more flavors that no one else gets to work with,” he says. 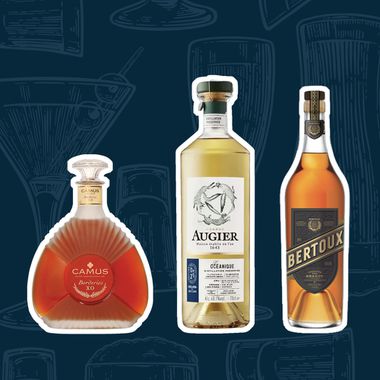