This is how to go far beyond the ubiquitous Spicy Margarita.

While drink trends come and go, the Spicy Margarita seems to persist, unwavering in its ability to charm hordes of drinkers with its balance of sweetness, agave, and creeping spice.

But don’t limit your spicy-cocktail repertoire to just this one favorite. There’s plenty of space for spice in the cocktail realm. It just takes a bit of know-how and a willingness to experiment.

Start by exploring the broad range of flavors found in peppers. “There’s such a wide variety of peppers to choose from,” says Colin Bugbee, the head bartender at Cure in New Orleans. “They range from fruity and sweet to smoky, earthy, pungent, and grassy. You can match these flavors with the characteristics of particular spirits and liqueurs.”

It isn’t as simple as peppering a Paloma with a bit of burn, however. “Even though many guests just ‘want something spicy,’ it is very hard to make a spicy cocktail both balanced and delicious,” says Nicholas Bennett, the bar director at Porchlight in New York City.

The spicy component of peppers is capsaicin, an irritant that causes the burning and often painful feeling associated with eating something hot. That feeling happens to be compounded by alcohol. “Unfortunately, alcohol is also an irritant and activates the same pain receptors that capsaicin causes,” says Bennett. “Meaning, it will send more signals to the brain and create a stronger pain reaction.

“Knowing the alcohol level, spice level, brix, acidity, and dilution of the cocktail is very important when working with spice,” Bennett continues. “I want our guests to enjoy their cocktail, not be hurt by it.”

Start with a Spirit

What spirit are you spicing up? “Saying tequila is a bit of a no-brainer,” says Bennett. “The vegetal, peppery flavors already found in well-made tequilas pair nicely with a touch of spice from a jalapeño or serrano pepper.”

Beyond that, Bennett prefers unaged, clear spirits. “They work best when incorporating spice into a cocktail: It’s a blank canvas that plays off the sweet, vegetal flavor of peppers,” he says. “I am not saying there aren’t great spicy whiskey cocktails out there—there are. It’s just easier when the base isn’t aged.”

The way Ricky Agustin, a Pegu Club vet who now runs the Mountaineering Club in Seattle, sees it, you can add spice to either a liqueur or a liquor, but both call for different methods. The reason? Liqueurs are sweet, so the sugar will encapsulate the capsaicin and “carry and coat the palate,” says Agustin, keeping the heat from getting out of control. When working high-sugar liqueurs like triple sec, Agustin will chop and freeze a whole pepper “to bust the cell walls” before infusing it into the liqueur. His preferred infusing formula is 100 grams of pepper per liter of liqueur, allowing it to sit for 90 minutes at room temperature; it’s the method he uses to infuse triple sec with serrano peppers to use in his Smoke Follows Beauty cocktail. 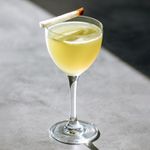 But perhaps that’s not the effect you’re aiming for. “If you’re looking for an intense and astringent effect on the palate, then infuse chiles into a spirit, not a liqueur,” says Agustin. “The alcohol will work as a solvent and deliver the capsaicin directly to your pain receptors, as opposed to a metered dose.”

Beat the Heat with Balance

You can opt to balance out capsaicin’s burn with acids such as lemon or lime juice. “Since capsaicin is an alkaline oil, its intensity can be offset with acid, which helps to neutralize the pH levels of a spicy oil,” says Bennett.

But using traditional lemon or lime juice will take stirred cocktails out of the running. For those, look to sugar: “When you make stirred spicy cocktails, sugars help to neutralize the heat, as they absorb oils and change the taste somewhat,” says Bennett.

Or, go the egg-white route. “Similar to how egg whites soften the perceived acidity of citrus in the palate, they seem to do the same to the spice level of peppers,” says Bugbee. It’s an approach he takes with his Heat Check cocktail 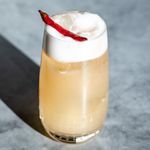 Alternatively, you can play around with the peppers you choose and how you deploy them.

“One of my favorite ways of working with spicy ingredients like chiles is to start with ones that are more consistent in their heat,” says Agustin. “Serranos are perfect for this. Unlike jalapeños, they’re more consistent in their piquancy season-to-season.” He uses the full serrano pepper—the green fruit providing the flavor, plus the spicier seeds as a supporting note.

Bennett prefers jalapeños. “The familiarity makes it an easy sell on the menu, and their availability and consistency are very attractive when trying to create a cocktail,” he says.

Bugbee likes using dried peppers.“They’re great for adding more neutral-flavored heat and spice,” he says. “Plus, they’re more easily controlled and far more consistent.” He’ll add a few into a shaker for a Margarita or rapid-infuse them into vodka.

Outside of peppers, there are ways to add the perception of spice. “There’s piperine in black pepper, which also activates pain receptors like capsaicin, but less so,” says Agustin. “There’s spiciness in roots, too. Gingerol is the compound in ginger and galangal that gives the rhizomes their characteristic heat. I like to process these raw through a masticating juicer to preserve most of that sinus-clearing property.”

Bennett uses a combination of jalapeño-infused tequila and a rich ginger syrup in his Jalapeño Diablo cocktail, producing multilayered flavors of spice. 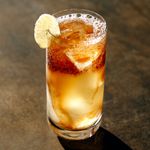 While a bit of spiciness can turn up a cocktail a notch, you’ll want to ensure your guests don’t get overwhelmed. “I like using controlled infusions because I can ask how much spiciness they can tolerate,” says Agustin. He uses a five-star spiciness system with his guests: “One star being the least spicy, five stars being the hottest, sweatiest spiciness known to man or beast.”

If they overestimate their tolerance, “One bonus move you can pull is to garnish with a ‘get out of jail free’ card” with something cooling, says Agustin. “I’ll use cheese, cucumber, mint, or jicama, in case the heat is more than your guest can handle.“

And ensure you aren’t incinerating yourself in the process. “As you’re cleaning your station, remember that these compounds become airborne easily,” Agustin continues. “Aside from cleaning everything very thoroughly and not touching your eyes or face before washing your hands, be careful when your tools and cutting board come out of the washer. Those fumes will be incredibly spicy! Give the steam some time to vent or risk getting a face full of super-spicy steam.”

When doing a pepper infusion, be sure to “taste, taste, taste,” says Bennett. “The size of the peppers will vary from season to season, causing the amount of spice extracted to change. The best way to make sure that the amount of spice isn’t more or less than you want it to be is to taste it at every interval during the infusion.” The Porchlight team will taste every two minutes until the spirit reaches the exact level of heat they desire.

"Oh, and wear gloves when handling peppers,” Bennett adds. “We all know what’s going to happen if you handle peppers and don’t wash your hands right away.” 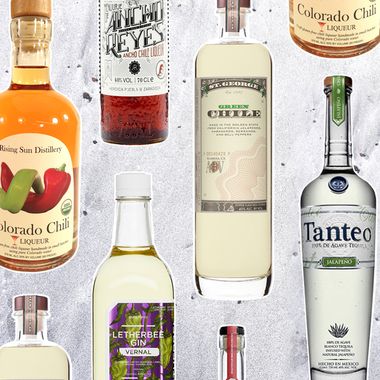