As of mid-January 2021, two months after opening in its new permanent location on New York City’s Lower East Side, Double Chicken Please has a drinks menu limited to five to seven prebatched drinks on tap. The cocktails are nameless and identified by a number and principal spirits and flavors. And notably, appearing just below the price, is each cocktail’s alcohol by volume (ABV), ranging from 7% for the #4 (reposado tequila, sea buckthorn, lavender, white cranberry and acid) to 20% for the #9 (añejo rum, St-Germain, sherry, banana, verjus and walnut).

Although craft beer bars have long shared the ABV of their lagers, porters and IPAs, it’s a novel practice for a cocktail bar. “What matters is that there’s enough information for a guest to make a choice,” says co-owner GN Chan, who admits he didn’t put too much thought into adding ABV details to the menu. “We wanted to try to make things easier for people, and it’s a way to sort of describe what the drink is about, whether it’s low-ABV or high-ABV or good to drink during the day or night.”

Double Chicken Please opened in November 2020, after Chan and co-owner Faye Chen traveled the country for nearly three years hosting pop-up bars from their vintage VW camper. The duo’s permanent Allen Street location may be the first cocktail bar to openly share the ABV of its drinks.

But over the last several years, as cocktail menus have become increasingly sophisticated, some of the world’s best bars have started to weave in details about drink strength. The Dead Rabbit’s influential comic-book-inspired first menu chronicled the life of John Morrissey and organized drinks into sections including low-spirited, strong and fiery. Pouring Ribbons arranges its drinks within a grid from refreshing to spirituous and comforting to adventurous. The menu at Ryan Chetiyawardana’s now-closed Dandelyan divided drinks by flavor profile while also plotting them on a graph from lightest to richest and based on the time of day they’re best enjoyed, and the cocktail list at Natasha David’s recently shuttered Nitecap told guests which drinks were “gulpable thirst quenchers” and when to “slow down with a boozy sipper.”

In Singapore, Jigger & Pony’s 56-page ’zine/menu includes a “quick menu” with 24 drinks listed in a grid from lightest to strongest, and Mo Bar at the Mandarin Oriental presents its drinks as the moon traversing the Pacific, transitioning from zero-proof to boozy.

Double Chicken Please’s debut also comes at a time of heightened demand for zero-proof and lower-alcohol cocktails, a push for more responsible drinking, and a decades-long march toward eating and drinking higher-quality ingredients. “People are becoming more discerning. They want a drink that tastes good rather than just being strong and ‘doing a job,’” says Noel Venning, the co-owner of Three Sheets in London. “Instead of the trend coming from high-end bars and working its way out to the public, it’s consumers demanding a healthier lifestyle with less alcohol.”

At Three Sheets, cocktails fall into one of three categories: One Sheet, Two Sheets or Three Sheets. Counterintuitively, the number of sheets indicates the strength of flavor rather than alcoholic potency, but at Venning’s now-shuttered Bar Three, he and his brother Max presented a menu with three light, three medium and three strong drinks.

The approach at Bar Three was straightforward and possibly more useful to guests than sharing a drink’s ABV. “So far, not many people have noticed the ABV detail on our menu,” says Double Chicken Please’s Chan. “We’ll have people come in and say, ‘Oh, which one is spirit-forward?’”

David doesn’t think the average guest understands ABV relative to drink strength. On the booziest end of the spectrum, classic cocktails like the Negroni, Old Fashioned, Margarita and Martini range from 25% to 37% ABV, and there are no industry standards on what actually constitutes a low-ABV drink.

But there’s real-time consumer education occuring. With the pandemic-era growth of canned and bottled cocktails, the drink’s packaging must disclose ABV. White Claw deserves some credit too. “The rise in spiked seltzers has definitely made people more aware of alcohol content. It’s part of their marketing—that it’s something you can sessionably drink,” says David. “And that’s not just in New York or places with great cocktail bars. It’s all over the country.”

In the future, will guests, accustomed to canned and bottled beverages, start to demand more ABV details of bars? It’s easy enough to calculate with an inexpensive hydrometer or a little algebra. (The formula = alcohol content x spirit volume / total drink volume.) And whether bars advertise it or not, many are already measuring ABV.

At Three Sheets, Venning says his bartenders know the ABV of every cocktail so they can guide customers to the right drink if alcohol is a concern. The team at Jigger & Pony measures ABV to help arrange their menu grid, which also takes into account “perceived strength,” sweetness and flavor potency. So while the bar’s menu isn’t a strict progression of ABV, it helps convey a fuller picture of a drink.

“Take cacao, as an example. When reading cacao within a drink’s ingredients, most guests tend to assume that the cocktail will be on the sweet side with strong chocolate flavor. However, using the grid allows us to clarify that our cacao cocktail is actually on the dry strong side,” says Giovanni Grazaidei, Jigger & Pony’s principal bartender, who believes transparency is essential to the bartending profession. “A drink that’s stronger than expected might spoil your evening.”

David says her menu distinctions—”virginz,” aperitif, spritz, slushie, go-to goodness, firewater, “nitecap” and more—helped guests find the right drink for their mood and allowed her bartenders to keep Nitecap both fun and safe. “If someone orders three or four firewater drinks, you can steer them in a different direction,” says David, who’s writing a forthcoming book on low-ABV cocktails. “As an owner, there would be times when you walk into your bar at 2 a.m. and guests are so drunk they wouldn’t be able to communicate. They’re being rude to your bartender. I wanted to walk into Nitecap any time of day and have it be a lively, happy place.”

Chan didn’t grow up in a family of drinkers and doesn’t consume high-proof cocktails himself. “It’s my body’s lack of ability to digest alcohol,” he says. “I have tried to increase my tolerance, and I fail every single time.” But as a drink-maker, Chan has no real proclivity for lower-proof cocktails, and he’s no crusader for global ABV transparency.

When Double Chicken Please expands service to include set food and beverage pairings, he and Chen don’t intend to include ABV details on their more conceptual menu. That will be reserved for the casual draft-cocktail service upfront, where it has the potential to better serve guests. “We’re open at noon, and for day-drinking, people need lower-proof cocktails so they can function,” says Chen. “But overall, most people still choose drinks based on flavors or what spirits they tend to like—not because of ABV.” 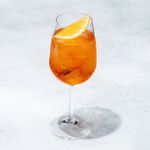 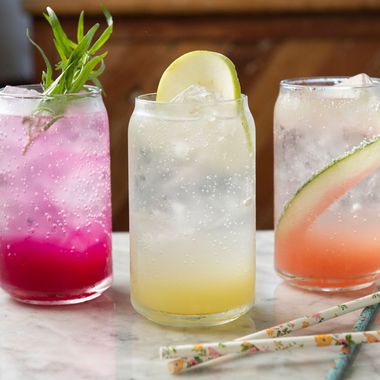 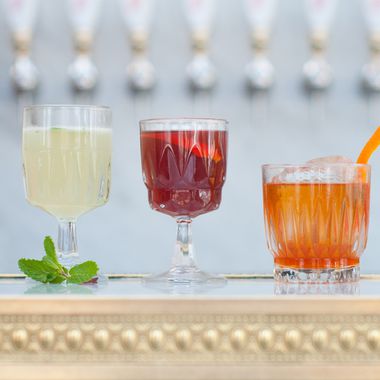 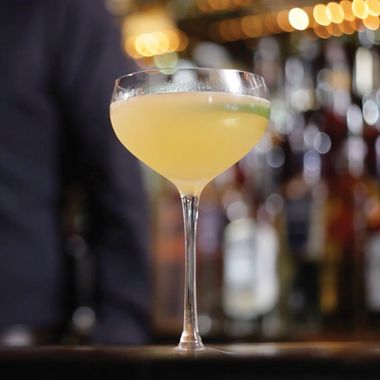 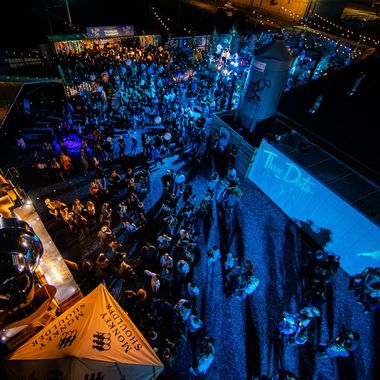 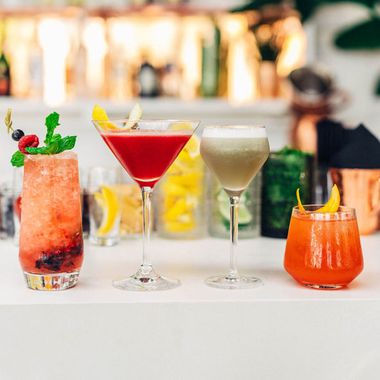