The drink, attributed to Donn Beach (of Don the Beachcomber), the grandfather of the Tiki movement, was originally named the Macadamia Nut Chi Chi and called for including macadamia nut liqueur along with its other components. That ingredient, however, dropped out somewhere along the way, likely because it’s not easily procured these days, and it became the three-ingredient cocktail we now know. And even without that fourth ingredient, it’s still a very enjoyable drink, packing a big blast of tropical flavor despite its relatively simple recipe. But if you do manage to get your hands on a bottle of that elusive macadamia nut liqueur, throw an ounce into the drink along with the other ingredients and see how it enhances the flavors.

You can feel free to toss everything into a blender with a cup of ice, if you prefer. But we like the slightly more intense flavors that result from shaking it and serving it over crushed ice. 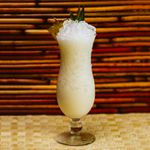 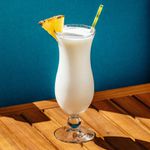 Chi Chi Organico
Rate This Recipe
I don't like this at all. It's not the worst. Sure, this will do. I'm a fan—would recommend. Amazing! I love it! Thanks for your rating!