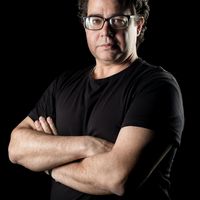 Chris O'Brien is a freelance journalist living in Toulouse, France, where he covers technology, startups, culture and travel.

While Armagnac lays claim to being France’s oldest eau-de-vie, this brandy has struggled to find its place in the modern world. Eclipsed on the international stage by its French compatriot cognac, Armagnac producers are battling the perception in France that the grape-based spirit is a stodgy concoction for one’s grandparents.

This is why the promising upstart category of blanche Armagnac, and the buzz it has been generating among bartenders, has been a welcome development. The hope is that blanche helps Armagnac reach a new generation of consumers.

What Is Blanche Armagnac?

Blanche is essentially the Armagnac that comes directly out of the still, or the alambic, as it’s known in France. Rather than being placed in barrels to age, blanche is stored for three months in an inert container as water is gradually added to bring its alcohol level down from above 60% to somewhere under 45%.

The result is a spirit that retains the characteristics of the underlying grapes to reveal a welcome freshness. That liveliness and complexity have made a fan out of Gregory Buda, a bartender and the director of education at New York City’s The Dead Rabbit. “Blanche Armagnac is great because [producers] are able to use many types of grapes as the base, and you can definitely tell the difference,” he says. “They express those grapes in a very intense way. Some of them can be a little rounder and freer and spicier. And some of them, especially the ones with folle blanche, can be extremely floral and perfumey. Depending on how you want to use that in a drink, you have quite a palette to work with.”

Changes In the Category

While blanche has always existed, it only received France’s highly coveted Appellation d'Origine Contrôlée (AOC) status in 2005, a recognition of its production method as well as its geographic origins. During the first decade following its official recognition, however, blanche as a product didn’t make much noise as it worked to earn respect.

Jérôme Delord, who now oversees one of the region’s larger producers, Delord Armagnac, recalls his grandfather being adamant that the spirit wasn’t truly Armagnac until it had spent at least 10 years in a barrel.

Delord didn’t pay much attention to blanche until a few years ago, when international bartenders began passing through as part of an effort to build greater Armagnac awareness. After testing the blanche, these visitors would extol its mixing virtues. “The big change for us was the arrival of the mixologists,” he says. “We saw the potential of this eau-de-vie.”

Delord took the unusual step for an Armagnac producer of hiring a graphic designer to create a bottle label that hinted at the flavor and uniqueness of blanche. The goal was to imagine something that would grab people’s attention while sitting on the shelf in a bar. It’s a common concept in the spirits market but downright revolutionary in Gascony. “In France, we’re always a bit behind,” he says. 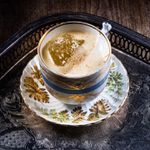 Try the Pusherman, made with blanche armagnac
12 ratings

Overcoming a Lack of Awareness

Delord points to the challenges Armagnac has faced in terms of the lack of international awareness and an aging customer base in France. With few places to drink it, and few people talking about it, Armagnac has been stuck in neutral, a kind of vicious circle. He describes it using the French expression “c'est le serpent qui se mord la queue” (“the snake that bites its tail”).

The Armagnac industry hopes blanche can break that cycle. “I don’t know if blanche will ever have an extraordinary volume,” says Delord. “But we see it as a gateway to introduce young people to Armagnac.”

The Armagnac industry association, Le Bureau National Interprofessionnel de l'Armagnac, has been putting its marketing muscle behind blanche. This message is reverberating with local producers eager to seize the moment. Maison Dartigalongue released a bottling called “Un-Oaked Armagnac,” a blanche sold specifically for use in cocktails. Maison Rabastas has made cocktails the centerpiece of its image, with an emphasis on blanche.

Domaine d'Espérance has gone further. Claire de Montesquiou, one of the domaine’s owners, grows her own grapes on her estate, manages the vinification in her cellars, oversees the distillation and handles the blending herself. She has been working with Nicolas Palazzi, a Bordeaux native who moved to Brooklyn and founded PM Spirits, an importer and distributor of “forgotten spirits.” Palazzi believes blanche has great cocktail potential but is too difficult to explain to bartenders and customers. So the domaine created Cobrafire, a blanche that’s not officially a blanche.

To make Cobrafire, De Montesquiou has the Armagnac distilled between 52% and 54%, compared to the low 60s for official blanche. She then mixes folle blanche and baco, experimenting until she’s satisfied with the blend. Rather than sitting for three months and having water added to dilute it, Cobrafire sits for one month and then is bottled with a striking cobra icon on the label and sold as “eau-de-vie raisin.”

For her part, De Montesquiou said she’s not too worried about offending sensibilities by not following all the official Armagnac rules. “I’m not Hennessy,” she says. “I don’t even have a sales team. I take the opportunities as they come if they match the ‘haute-couture’ image of Domaine d’Espérance.” 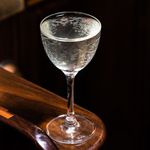 Try the Jamboree, made with blanche armagnac
5 ratings

Prior to the pandemic, the initial signs regarding this push behind blanche had been encouraging. Armagnac is a stable market, selling 3 million bottles annually (compared to 216.5 million in 2019 for cognac). But in the most recent statistics available from BNIA for 2018, blanche was the highlight, with 13% year-over-year growth (albeit from a small base).

That progress is thanks in part to bartenders like Buda, who became a blanche enthusiast after visiting the region several years ago. He has found that blanche makes a livelier substitute for vodka in basic cocktails, while also pairing well with other base spirits in more elaborate ones.

“We love using cocktails to start conversations with people and will often throw lesser-known ingredients like blanche Armagnac into a cocktail with familiar ingredients so that when people are reading it, it begs them to ask the question, What is it?” says Buda. “And that's our opening to educate our customers.”

For Nicholas Blanchard, blanche Armagnac has become a mainstay in his lineup at L’Heure du Singe, the cocktail bar he co-founded five years ago in Toulouse, France. Singe is credited with helping ignite the cocktail scene in France’s fourth-largest city. The menu always features a handful of cocktails made with Armagnac.

Administrator Jérôme Lassus says Jean Cavé, another major Armagnac producer just up the street from Delord in Lannepax, sold about 2,400 bottles of blanche last year. “It’s not monstrous,” he says of the sales numbers. “But it’s definitely moving, and it’s changing people’s ideas about Armagnac.”

Blanchard finds blanche to be a good substitute for any classic cocktail with white spirits. But, he says, that doesn’t really display blanche’s full flavor potential. “You can do anything with blanche,” he says. “But when you have a new product like this, why not do something more complex to really take advantage?”

Recommendations from the Pros

Armagnac Jean Cavé: “This blanche is the only one on the market that’s 64%,” says Emmanuel Brandelet, who runs the French cocktail education company Les Artisans du Cocktail. “This is its natural proof; it has not been reduced. It’s powerful and aromatic. Its percent proof can seem impressive and too high, but just like a high-proof rum, it’s actually accessible and can be sipped straight or used in cocktails.”

Chateau de Bordeneuve Blanche: “It is quite exciting and has a lot of body; sometimes it overpowers a bit,” says Konstantyn Wulf, a bartender at J.Boroski and Shades of Retro in Bangkok. “So it’s good to mix with some sweeteners like honey or vermouth, or even some cinnamon.”

Château de Laubade: “Laubade is one that I have a lot of fun playing with for cocktails,” says Buda. “But I think both it and Domaine d’Espérance have a really beautiful flavor profile. You can’t use them with everything; you have to be selective about what you pair them with in cocktails.”

Domaine Tariquet: “Tariquet does a very good blanche that works well in cocktails and plays well with other ingredients,” says Buda. 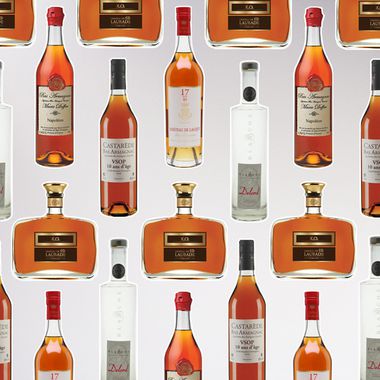 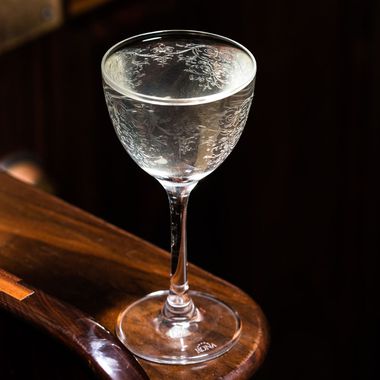 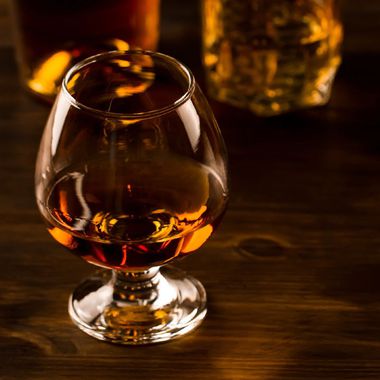 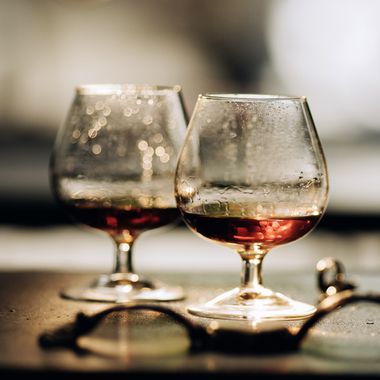