Chasers have earned a bad rap over the years. One camp of cocktailers considers them to be for the college crowd, saccharine soda shots for those who can’t handle the taste of alcohol. Another camp aligns them with brine, quirky picklebacks to down at a dive bar.

While some may cringe at the concept, the chaser (or back) has its merits: Ideally, it washes any harsh alcohol heat out of your mouth and reverts your tastebuds back to zero. “A back does such an excellent job of neutralizing the taste and burn of alcohol,” says Joel Reiss, a partner at Who's Jac W? in New York. Consider them palate cleansers, prepping you for the next drink.

Done right, a thoughtful chaser can pair with your beverage program and complement a food menu, all while subduing the scorch of a shot. Plus, it has its economic benefits. “A shot/chaser combo is a great way to add some fun and levity to a beverage menu and, if priced correctly, it can become a staple add-on order,” says Mark Phelan, the beverage director at Chicago’s 16 On Center.

If you’re speaking of chasers, it’s impossible not to acknowledge the pickleback. Fans of the shot-and-brine pairing swear by the combo. “But it’s such a maligned offering in the cocktail world,” says Nick Bennett, the bar director at Porchlight in New York City. “It holds a similar place as the Long Island Iced Tea to some bartenders.”

But don’t relegate the pickleback to solely a dive-bar staple.

At The Natural Philosopher in London, Josh Powell offers many different iterations of picklebacks (so much so that the bar offers a Pickleback club, complete with t-shirts and a mailed-to-you monthly pickleback). One notable offering is a “dessert pickleback”: a shot of Singani 63 with poached-pear brine.

At Llama Inn in Brooklyn, bar director Lynnette Marrero works in step with the kitchen, offering pisco with shots of leche de tigre, the spicy, silky marinade used in the restaurant’s ceviche. “It’s a natural add-on for our program since it’s something traditionally done in Peru,” she says. “The citrus, spice, and umami are lovely together.”

When conceiving your chaser, Bennett recommends pairing like flavors with like flavors. “That’s why the pickle brine we use for our pickleback is so useful,” he says. He makes his own recipe, with whole black peppercorns, bay leaf, coriander, whole star anise, thyme, rosemary, and lemon peel. “The spices we add to the recipe open up a whole array of whiskeys and rums as a potential pairing. The added herbs are particularly great for pink gin or agave spirits.” 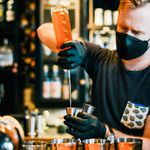 It’s almost a reverse chaser: Instead of clearing out the taste of alcohol, it’s amping up whatever you’re sipping on. “My personal favorite on our current menu is the Dad Jokes, made with a simple pilsner and Balcones Baby Blue corn whiskey,” says Bennett.

At Chef’s Special Cocktail Bar in Chicago, bartender Chase Bracamontes follows liquor shots with seasonally rotating juices, such as ginger-mint-lychee juice to follow tequila in the summertime, or carrot-ginger juice in the winter.

All are enticing ways to add interest to a straightforward tequila shot. “It’s just about having the nice pop of flavor in the juice back balanced,” says Bracamontes. “The lychee is a little sweet, the mint is fresh and the ginger is spicy.”  Think of these chasers as more of a reprieve from the alcohol, offering soothing shots to cut the heat rather than pickle brine’s palate-wiping acid and salinity.

“I’d actually argue it makes taking a quick shot more approachable, because the juice back is so delicious,” says Bracamontes. “It invites people who aren’t big shot-takers to join in on the fun.” She can vouch: She even got her parents hooked on her high-end chasers.

When it comes to tequila backs, Phelan offers his guests a chaser of Verdita, a puree of pineapple juice, jalapeño, cilantro, mint, and a hint of lime juice. “It brings out all the wonderfully fruity, green notes in the tequila, with a lingering heat that begs for another sip,” he says. 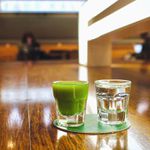 There’s also the option to approach chasers with a cocktail mindset: Follow rum with tiny Daiquiris or tequila with a Paloma-ish mix of grapefruit juice and salt.

While shot-and-food pairings take a back seat to, say, pairings with wine or cocktails, consider that chasers can be designed to meet your menu. Bracamontes looks for bright backs that balance out her bar’s Chinese-American menu. “Since we are a full-on restaurant and bar, it’s just important that the flavors or the drinks can stand up to the big flavors of our food, and also act as a complementary contrast,” she says. “The flavors of our chasers go really well with our food.” 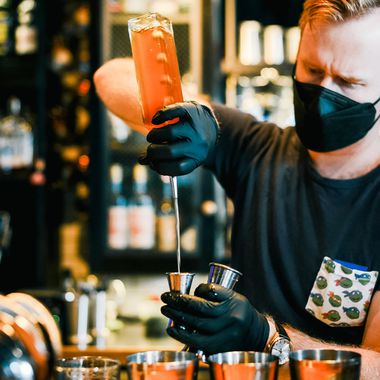 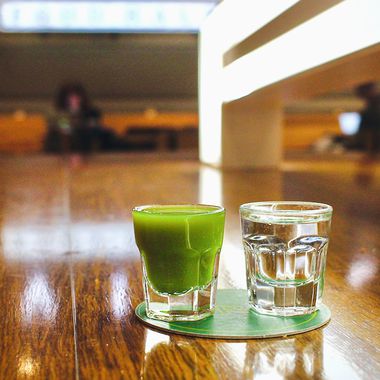