The Margarita is a classic and simple cocktail comprising a few ingredients: lime juice, a sweetener (orange liqueur such as triple sec is traditional, but agave syrup is a popular substitution), and tequila. This last component is by far the most important, and luckily, we are awash in options.

There are excellent tequilas from brands using traditional methods such as brick oven cooking and tahona milling, as well as distilleries using modern technology like diffusers. While blanco, minimally or unaged tequila, is traditionally the bottle of choice for a Margarita, aged expressions such as reposado can be employed as well, and sometimes a high-proof offering is the key to a killer cocktail.

After consulting experts, the Roca Patrón Silver came out on top as the superior option overall.

Here are the best tequilas for making Margaritas all year long.

Buy on Drizly Buy on Caskers Buy on Totalwine.com

“Patron is a brand that I believe is misunderstood,” says Darnell Holguin, beverage director of New York's Las’ Lap. “[It] helped bring attention to the category as a whole by offering a premium spirit during a time when the U.S. was still trying to understand tequila.” The Roca lineup is pricey, but noteworthy in that a giant stone wheel called a tahona is used to press the agave after cooking—a traditional method that many believe extracts more flavor. Holguin describes the flavor as “balanced with an herbaceous quality and a spicy, warm finish.”

There’s no need to spend a fortune on good tequila for making Margaritas, though there are plenty of options if you choose to do so. Espolòn Blanco is both an excellent and reasonably-priced tequila, as the brand is highly regarded for its floral, vegetal and fragrant flavors.

“It’s a delicious tequila with beautiful fruity notes,” says Holguin. “The agave is grown way above sea level. It’s plucked with a high sugar content making for a yummy juice.”

Crafted from blue Weber agave grown at elevations of nearly 7000 feet in the Los Altos region of Jalisco, the plata (literally "silver") from Olmeca Altos offers clean, classic blanco notes at an accessible price point. Weighing in at a mild 80 proof, Altos is a smooth tequila featuring bright and integrated notes of citrus, olive brine, and agave, and its well-rounded edges will play nicely with the fresh lime juice in your Margarita.

Blanco tequila is the go-to for Margaritas. It’s a clear, usually unaged spirit (it can be put into barrels for up to 60 days) that highlights the pure expression of distilled agave. ElVelo is bottled at the higher-than-average 44.5 percent, which gives it extra heft and presence in any classic tequila preparation, including Margaritas. Expect notes of grass, stone fruit and a bit of mint on the palate.

If you want even more bright agave character to shine through in your Margarita, seek out the high-proof offering from Siembra Valles. Produced very traditionally, with the agave cooked in brick ovens and the crushing done via tahona, the finished Siembra Valles High Proof is double-distilled in copper and bottled at a robust 46 percent ABV. Big notes of black pepper, citrus, licorice, and freshly-cut grass will come through and add complexity to your expertly-prepared cocktail.

Good to know: Siembra Valles ferments their high-proof blanco with its bagasse—the fibrous material that's leftover after the agave is crushed. This adds richness and complexity, resulting in a more robust and layered tequila.

Buy on Walmart Buy on Thewhiskyexchange.com Buy on Totalwine.com

For something with a bit of oak and vanilla flavors to augment the already distinctive character of tequila, try a bottle of reposado—literally "rested"—a category of tequila that must be aged (rested) at least 60 days.

Leyenda del Milagro, the vehicle of noted distiller Pedro Juarez, rests its reposado in American oak barrels for two to four months following distillation (which is done in both pot and column stills, a process which Juarez feels will help to round the spirit's edges). This mellow, sippable reposado won't give your cocktail the sharpness or brightness that a high-proof blanco will, but for those who like a smoother drink, its gorgeous flavors of caramel and allspice will perform harmoniously in a well-balanced Margarita.

Cristalino tequila is essentially aged tequila that has been filtered until the color picked up from the barrel is removed. Some bartenders are fans, as it keeps the oak and vanilla flavors of a barrel-matured spirit, but has a clear color that won’t affect the appearance of a cocktail. Maestro Dobel was one of the first to release a cristalino with Diamante. It's a blend of reposado, añejo and extra añejo tequila that is crystal clear but retains the flavors that come with aging.

This blanco tequila from Pasote may be a splurge, but you are getting real quality for the price. The brand, from 3 Badge Beverage Corp., is made at respected tequila maker Felipe Camarena's distillery.

“Pasote is interesting because it’s distilled from rainwater and natural spring water,” says Talbot, who notes that the flavor profile is “surprisingly vegetal with undertones of citrus.” Try using this in a Margarita with a craft triple sec or orange liqueur to see how the flavors play together.

Buy on Drizly Buy on Wine.com Buy on Thewhiskyexchange.com

While most tequila is bottled at 80 proof, there are other options with a higher ABV. One comes from Herradura, a tequila brand owned by beverage giant Brown-Forman. This unaged tequila clocks in at 110 proof, so make sure you are drinking responsibly.

“[Herradura’s] silver tequila has a delicious cooked agave flavor that I enjoy very much,” says Holguin. In this expression, the notes are complemented by pepper and herbal flavors, with a slight burn from the higher ABV.

Wine barrel aging is a technique used by a few tequila brands, including Código 1530. The aged expressions are matured in Napa Valley French oak wine barrels, with the Rosa spending just one month picking up flavors and its comely pink hue. Fermented using a yeast sourced from a small family bakery in the town of Amatitán, the Rosa offers bright agave notes up front before finishing with an unmistakable hint of the cabernet sauvignon that previously occupied the barrels.

“You can taste the care that goes into these tequilas, as they were previously only enjoyed by master distillers and tequila aficionados in Jalisco, Mexico. Expect vanilla, oak, cinnamon and orange flower blossom on the palate.” — Ellen Talbot, lead bartender at Nashville’s Fable Lounge.

Tequila is a beautiful and diverse spirit category, and the differences between a crisp blanco and a sumptuous añejo could not be more pronounced. For your Margarita, though, there's no need to break the bank: opt for a clean and grassy blanco, especially one with a slightly higher ABV like the ElVelo (view on Drizly) or the Siembra Valles High Proof (view on Drizly), to ensure that the bright, beautiful agave character is front-and-center in your tasty tipple.

How is tequila different from mezcal?

Mezcal is sometimes referred to as “tequila’s smoky cousin”—but you may be surprised to learn that tequila is actually a type of mezcal. Technically speaking, mezcal is any distillate of the agave plant produced in Mexico, and tequila certainly meets those qualifications. There are important distinctions, though: to be called tequila, the spirit in question must be made in one of five specific Mexican states (including Jalisco, where the town of Tequila is located), and must be made exclusively from the blue Weber variety of agave. Meanwhile, the term “mezcal” refers to an agave distillate made from one of nine specific Mexican states (with the vast majority of production taking place in Oaxaca), which may be made from dozens of different agave varieties—either as a single-variety expression or as a blend. While mezcals will vary greatly in flavor profile based on agave variety and geographical origin, it’s not uncommon for them to have a characteristic roasty flavor from the time the agave spends roasting underground. (Agave for tequila, meanwhile, is typically cooked in above-ground ovens or autoclaves, so no prolonged exposure to smoke means no roasty notes in your Margarita.)

What is the best type of tequila to use in a Margarita — blanco, reposado, or añejo? Can you used aged tequila in Margaritas?

A blanco will offer the purest and freshest agave flavors in your cocktail. As you get into the aged tequilas (reposado and añejo, not to mention extra añejo), the resulting Margarita will taste less fresh and zingy, but there will be an undeniable increase in the smoothness and richness of your drink. (Just remember that there will be a correspondingly undeniable increase in the price of your drink, too.)

Is tequila better for you than other distilled spirits?

How much time do you have? You can lose an entire evening going down the internet rabbit hole regarding wellness claims related to agave spirits (and, if you're not careful, unwittingly finish half a bottle of reposado while you're at it). The claim that tequila and mezcal don't serve up brutal hangovers is best answered by experimentation—everybody responds differently to different inputs, after all. But what we can tell you is that unaged (i.e. blanco) tequila contains lower proportions of congeners—substances like acetone and tannins, which are potential hangover culprits—than red wine or aged spirits. Make sure you're choosing a tequila that's 100 percent agave, however; many of the cheaper tequila brands (think whatever was in your rotation during your sophomore year of college) are classified as mixtos, a category that may include up to 49% non-agave material such as molasses and high-fructose corn syrup. (All of the tequilas included in this roundup are 100 percent blue Weber agave.)

This roundup was edited by Jesse Porter, whose Cadillac Margarita recipe is typically quite well-received by his friends, and yet who's gotten very little traction on his Lincoln Margarita recipe. 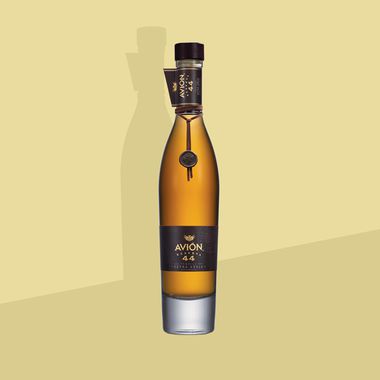