It was a pint of Guinness that opened my eyes to what a beer could be. Before then, “beer” was the amber stuff that came out of a keg in someone's backyard. But everything changed while I was sitting at the bar of a pub in Ireland, sipping this rich, creamy liquid that was somehow reminiscent of dark chocolate and freshly baked bread and a hot cup of coffee at the same time. That beer was my gateway stout and since that first one, the category has changed as much as I have as a beer drinker.

“Stouts are timeless because they are so versatile,” says Sarah Flora, a homebrewer and founder of Flora Brewing. “There’s a stout for every occasion: cozying up by a fire with a 10% ABV imperial that’s going to put you to bed or (off to) mow the lawn with a 5% ABV Irish stout that you can drink all day.” While there is a time and place for the classics, the beer world has been most recently infatuated with bigger and bolder beers, such as the barrel-aged or pastry stout or even barrel-aged pastry stout.

While a trip down today’s beer aisle can easily result in a four-pack of s’mores beers or a six-pack of something that could be mistaken for chocolate milk, it’s important to remember where the style started. “When I reach for a stout, I am looking for a beer that has incredible depth of flavor and complexity from the wide array of kilned and roasted malts that make this style what it is,” says Averie Swanson, master cicerone and founder of Keeping Together. So whether you want a simple sipper or something that can act as an after-dinner treat, these are some of the best stout beers to savor right now.

“Deschutes Obsidian Stout is a classic example of an American stout—complex flavors of dark roasted coffee, chocolate, and caramel with soft background notes of black licorice and dried figs,” Swanson says. “American stouts characteristically exhibit aromas and flavors of citrus or pine resin from the use of American hops, and this beer integrates those hop flavors seamlessly.”

A hallmark of the style, Left Hand Milk Stout Nitro not only changed the stout game but the entire beer industry in 2011 when it introduced bottled nitrogenated beer. It was the first craft brewery to master bottling a nitrogenated beer without a widget—you’ll find these widgets in bottles and cans of Guiness, they are responsible for the tiny bubbles and creamy texture. Since then, Left Hand has become ubiquitous for dreamy, creamy milk stouts loaded with chocolate flavor.

Oatmeal stouts have more in common with oatmeal cookies than with the goopy stuff you eat for breakfast. Oats bring a creaminess to these easy-drinking stouts, while also boosting the roasted malt character. The Poet, made by Michigan’s New Holland Brewing, is a  “well-balanced” take on the style, according to Rich Bloomfield, founder of Funkytown Brewery. “This is a straightforward oatmeal stout, done well with no gimmicks.”

Related: The Best Gifts for Beer Lovers, According to Experts

Roasted coffee beans and roasted malt are made for each other. While stouts often exhibit coffee flavors without the addition of the dark stuff, many brewers amp up this quality by adding coffee in liquid form or aging on coffee beans. Stone Xocoveza is a “mocha stout” that gained a cult following after the recipe for the beer won the brewery’s annual homebrew competition. Since then, the Mexican hot chocolate-inspired stout brewed with coffee, pasilla peppers, vanilla, cinnamon, nutmeg and chocolate has made its way into the brewery’s regular rotation.

While Guinness Draught is the more commonly known version of the iconic brew, Guinness Extra Stout is actually the original. A take on Guinness’ archival recipe dating back in 1821, this beer brings the malt flavor to the forefront yet still maintains a clean, crisp finish. You can also get the creamier Guinness Draught in bottles and cans, but it’s something best enjoyed fresh from a tap… preferably in Ireland.

Oyster stouts are one of the least common varieties of stout, and for good reason: it’s made with real oysters. Historically, oyster shells were used to naturally clarify the beer. These days, the addition of oysters—either whole or just the shells—is a matter of style. North Carolina’s Fonta Flora uses whole Virginia and North Carolina oysters to add a hint of salinity to its oyster stout, Brackish.

You can’t go wrong with Bell’s flagship Kalamazoo Stout, but if you’re looking for a treat that won’t knock you on your bottom, seek out its Special Double Cream Stout. “Pillow soft mouthfeel, slightly sweet finish with notes of coffee, this is an easy one to sip on after a day of work to unwind,” Bloomfield says.

View On Drizly View On Garyswine.com

To earn the “imperial” modifier, a beer traditionally has an ABV above 8%. These days, most stouts fall into this category, with breweries upping the booze to match the bold flavors. For Prairie Bomb! those flavors are coffee, chocolate, vanilla beans, and ancho chili and the ABV is a whopping 13%. The chili peppers add just the slightest heat to balance out the bold coffee and chocolate flavors. Living up to its name, this bottle is a flavor bomb, indeed.

Contrary to what its name suggests, the first Russian imperial stout was brewed in England as a gift for Emperor Peter the Great of Russia. The style’s trademarks include a higher alcohol content and full-bodied flavor. “This has been my go-to stout for years,” Flora says about North Coast Old Rasputin. “It’s strong as hell, but it’s so drinkable that it’s dangerous. It’s extremely well balanced, just sweet and bitter enough to not tire your palate. It’s almost chocolatey in taste and aroma.”

View On Drizly View On Garyswine.com View On Minibar Delivery

When committing to a barrel-aged stout—a beer that delivers a one-two punch of flavor and ABV—look no further than the beer that started it all. Goose Island pioneered a new category when it released the first Bourbon County Stout in 1992. Since then others have reached similar fame—such as Perennial Abraxas and Three Floyds Dark Lord—but Bourbon County remains the patriarch of the category, while also benefiting from wider distribution and availability in recent years.

View On Drizly View On Garyswine.com View On Minibar Delivery

The words “session” and “stout” are seldom seen together. If you’re looking for a stout that falls below 5% ABV, your options will be limited. Fortunately, the historic Samuel Smith’s Brewery has made its gold foil-topped Oatmeal Stout available across the pond. Brewed with well water and fermented in stone vessels using a yeast strain that dates back to the 1800s, this classic beer balances its delicate sweetness with an equally subtle roasted malt quality.

Dessert-inspired, or “pastry stouts,” rose to popularity in 2018, and most didn’t stick around for longer than a year. However, Hardywood proved the style has staying power with its Gingerbread Stout. Made with baby ginger and wildflower honey from nearby farms, this stout has been around since before pastry stouts were even a thing. First brewed in 2011, the beer bursting with vanilla, cinnamon, and snappy ginger put this Richmond brewery on the map.

For a classic style American stout with all of the malty, chocolatey, and roasted coffee flavors people come to expect from a good, quality stout, try Deschutes Obsidian Stout (view at Drizly). If you can handle the heat—and the potent ABV—Prairie Bomb! (view at Drizly) is a flavor-loaded brew that earns high marks across the board on several popular beer-ranking websites.

What to Look for in a Stout

Stouts are known for their dark chocolate color and marching decadent flavor. It should go down smooth, with little residual bitterness and a subtle sweetness to compliment the roasted malt.

What kind of beer is a stout? What's the difference between stout and regular beer?

A stout is more than just a “dark beer.” After all, a dark beer can describe many styles, from rich porters to refreshing schwarzbier. Like other dark beers, it gets its color from roasted malt. Unlike other dark beers, stouts don’t shy away from the roasty flavor. However it is easy to blur the line between a stout and a porter. The hallmarks of today’s stouts include rich chocolate or coffee notes and a subtle bitterness along with a creamy mouthfeel.

Is stout a heavier style of beer?

Barrel-aged stouts can take on a thick, syrup-y quality to match their chart-topping ABV, but many unaged stouts are highly drinkable.

Stouts often have a higher ABV, with many stouts spending time aging in barrels. When it comes to stouts, there is an exception to almost every rule. Guinness Draught, the world’s most popular stout, is only 4.2% ABV. 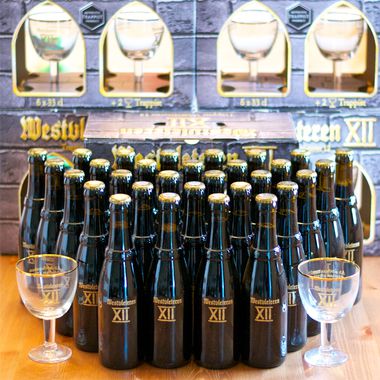