Not long ago, there were just a couple of nonalcoholic beer brands on the market, none of which offered much in the way of flavor or style diversity. Now, big-box brands and craft breweries are getting into the game, pumping out NA options including lagers, IPAs and stouts.

"With little to no innovation within the nonalcoholic beer category over the past few decades, this poses an exciting opportunity for brewers," says Golden Road Brewing general manager Dan Hamill. "How can we bring full flavor to a historically bland product?"

The near-beer market in America is still relatively small, but experts see a lot of room for growth. "The current NA space is 1% of the U.S. beer industry," he says. "But NA beer is expected to grow by double digits in the next few years with recent trends in health and wellness."

Beer giant AB InBev, which owns Golden Road, has even set a goal to have at least 20% of its global beer volume be no- or low-alcohol by 2025.

Our personal pick for the best nonalcoholic beer is the Brooklyn Brewery Special Effects Hoppy Amber, which retains its rich flavor without the alcohol.

To celebrate this new Golden Age of beers, here are the best nonalcoholic beers that deserve your sober attention. 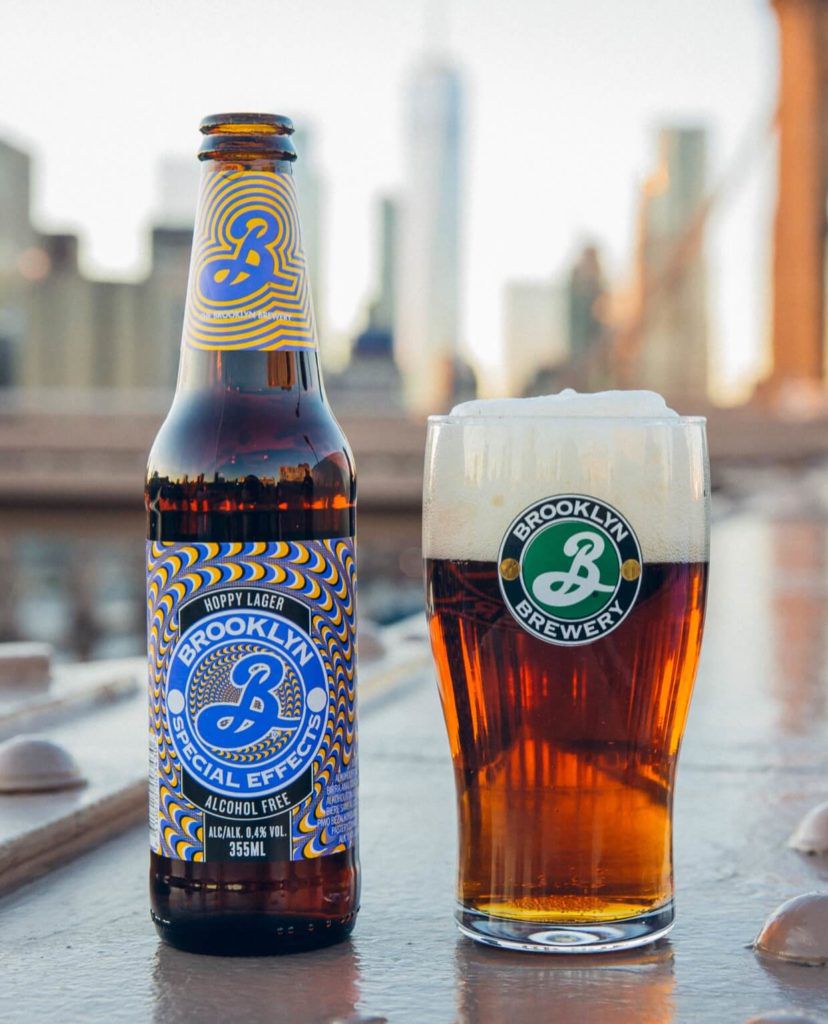 Brooklyn Brewery is a favorite of many craft beer drinkers around the country, and it also appeals to those who can more often be found with a Budweiser in hand. That’s because the brewery has really honed its craft over the years, and now it has this NA addition to its lineup. Special Effects is made using a special fermentation method, according to the brewery, that allows it to retain flavor without the alcohol. The result is a citrus-forward brew with just the right amount of bitterness from the hops.

Oktoberfest staple Weihenstephaner, based in Germany, dubs itself the world’s oldest brewery. It offers NA versions of its classic brews, like the NA Wheat Beer and NA Original Helles. The former is the better of the two, a very light and refreshing Hefeweizen with a touch of hops and the overall feeling that you are, indeed, drinking beer and not some barleyed version of White Claw. 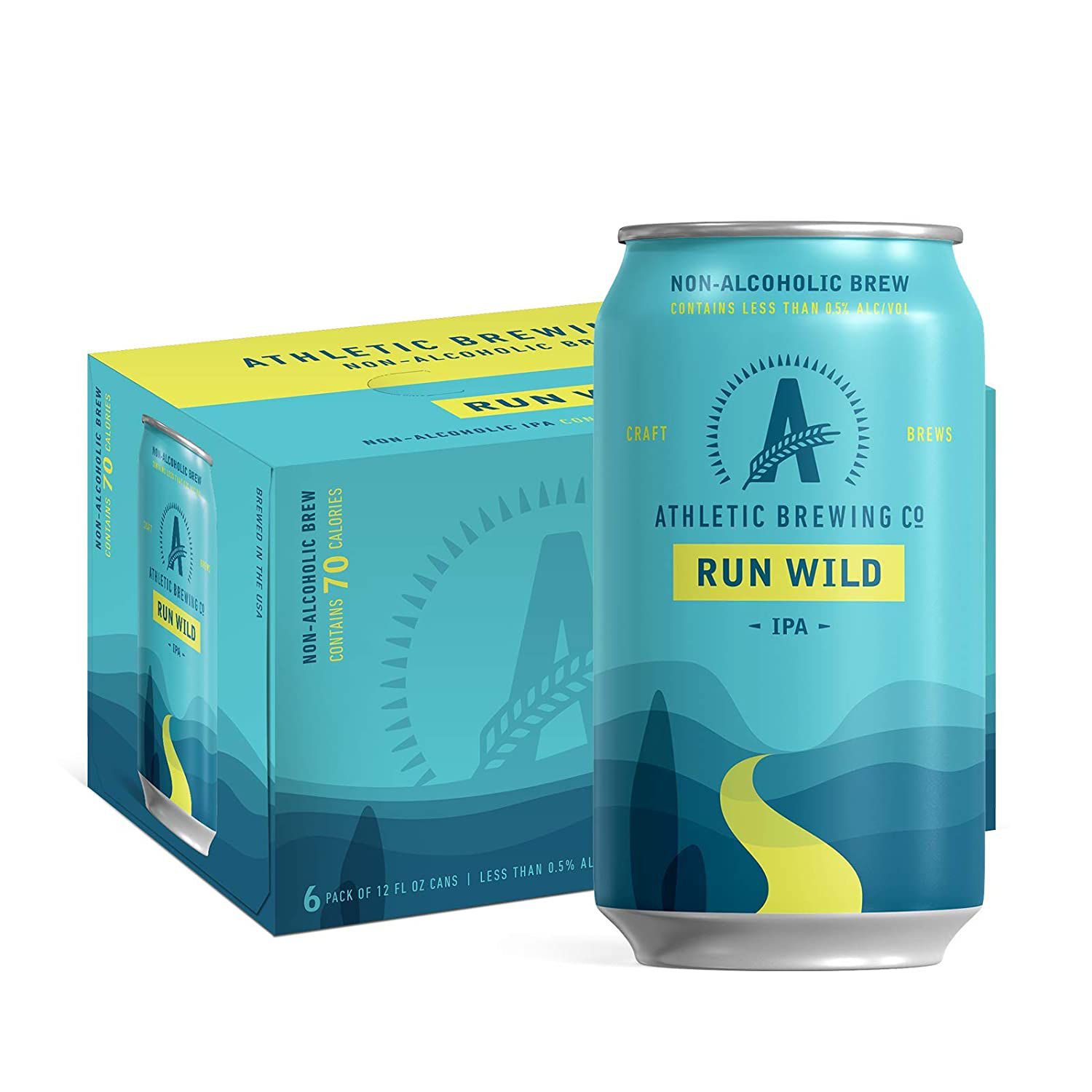 View On Amazon View On Drizly View On FreshDirect

Connecticut’s Athletic Brewing does one thing and one thing only: NA beer with a craft-brewery mentality. That means there are many different types of beer available, like the IPA. "The heavy malt in this brew is awesome because it actually tastes like a West Coast American IPA," says Kevin Bradford, a partner of Harlem Hops. "It’s the best NA beer I have ever tasted." Perfect for fans of craft beer, these NA beers are created with the idea that, just because there’s no alcohol, doesn’t mean you have to sacrifice flavor or variety. 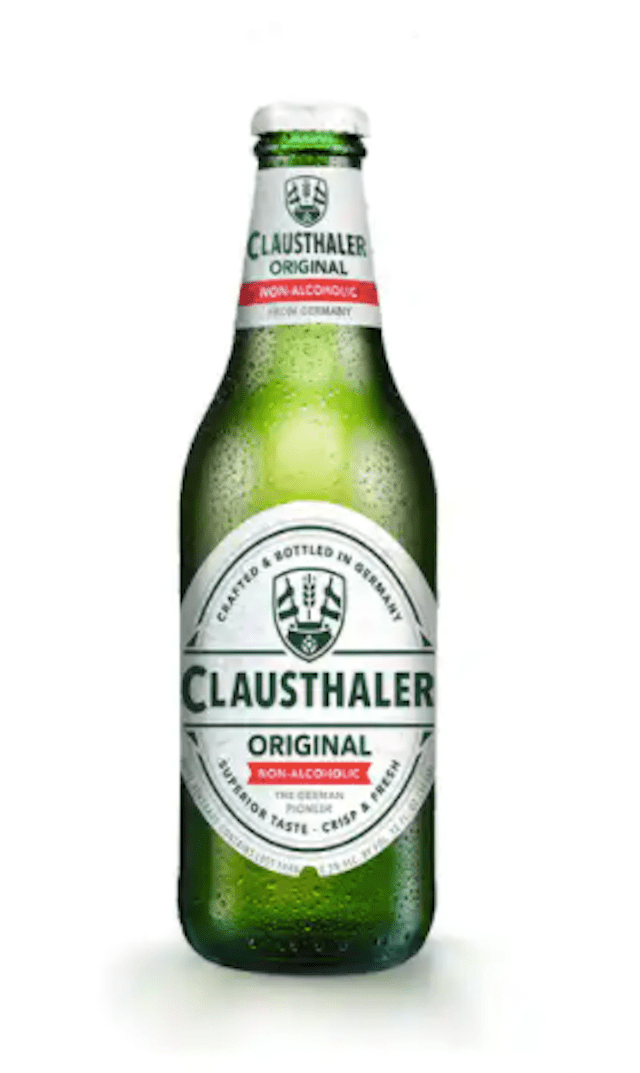 Clausthaler is one of the original NA beer makers. The brewery got its start in the early '70s with a focus on making German-style beer that adheres to the Germany Purity Law, which dictates that only water, hops and barley can be used to make beer. In addition to the Original, there are new styles such as a dry-hopped brew made with Cascade hops, as well as the brand's upcoming release, Santa Clausthaler, a blend of the Original and cranberry-cinnamon drink. 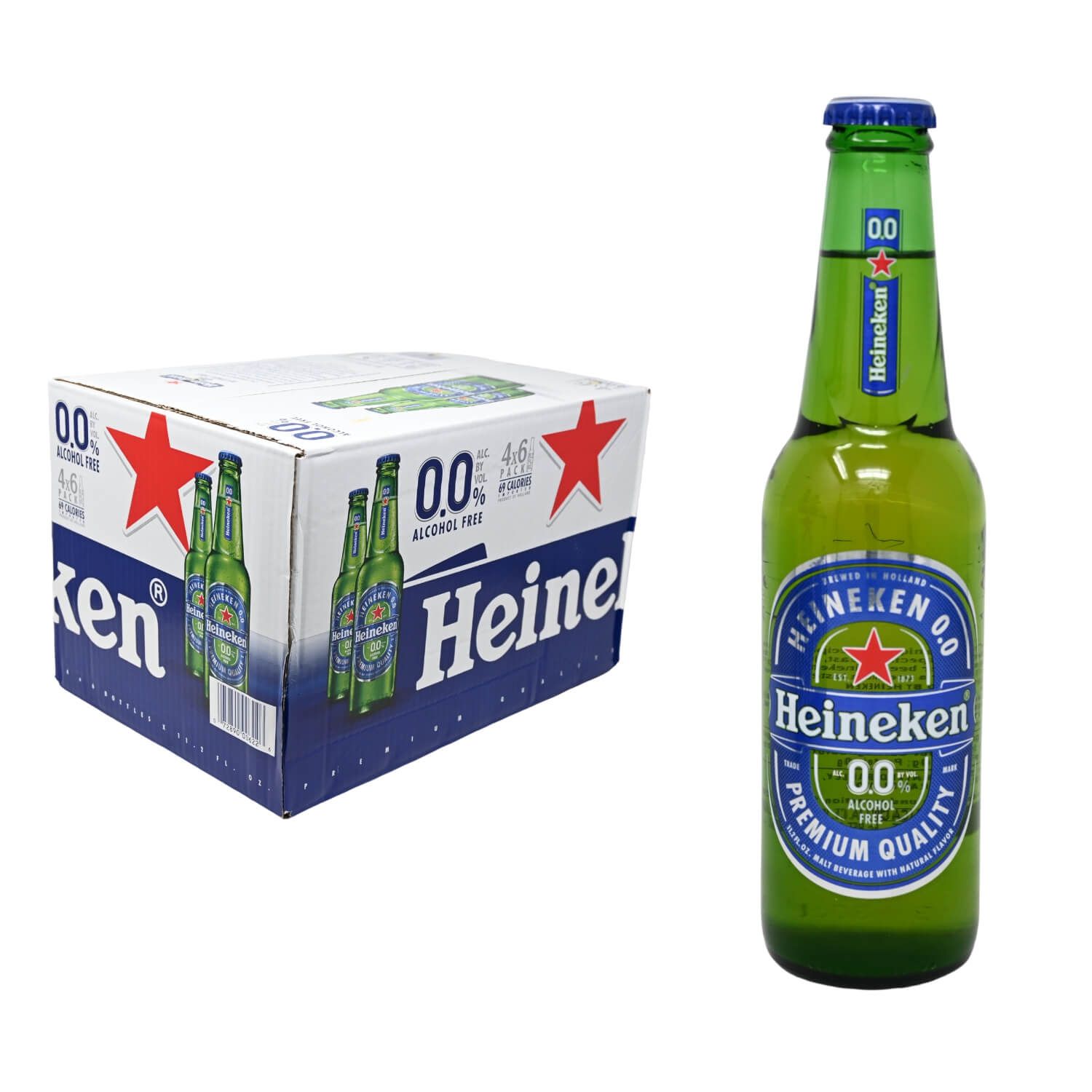 The popular Dutch brand joined the NA beer game with 0.0. Diehard fans of the original might not mistake this for classic Heineken, as the flavor is a bit on the thin side, but it does have that characteristic skunkiness and mouthfeel. Plus, some who have done blind taste tests have not been able to tell the difference. 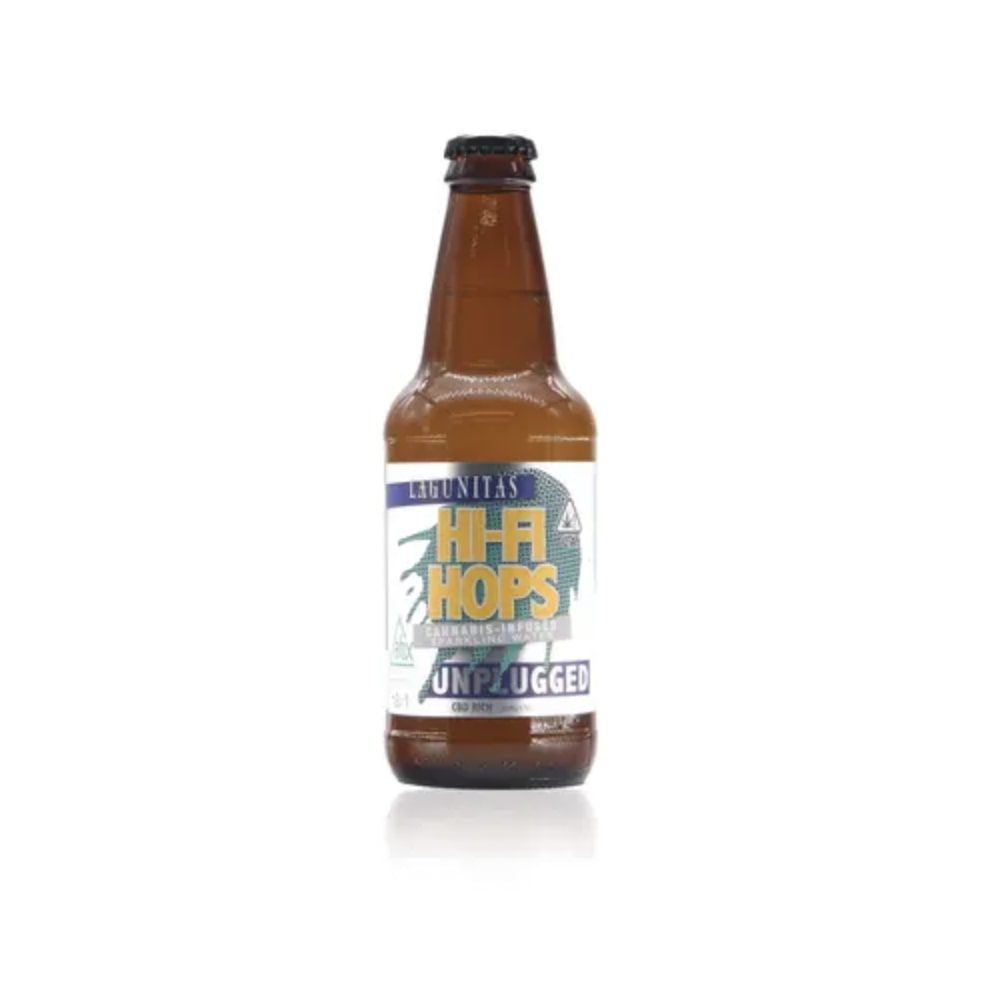 Cannabis-infused beverages, while not legal in every state yet, are becoming more and more popular. Lagunitas collaborated with AbsoluteXtracts to create two beers with different levels of CBD and THC, but both with 0% ABV. Unplugged is the tamer of the two, with 18 milligrams of CBD and less than 2 milligrams of THC, meant to calm without providing a psychoactive experience. For something stronger, check out the Tuner with 5 milligrams of both CBD and THC. 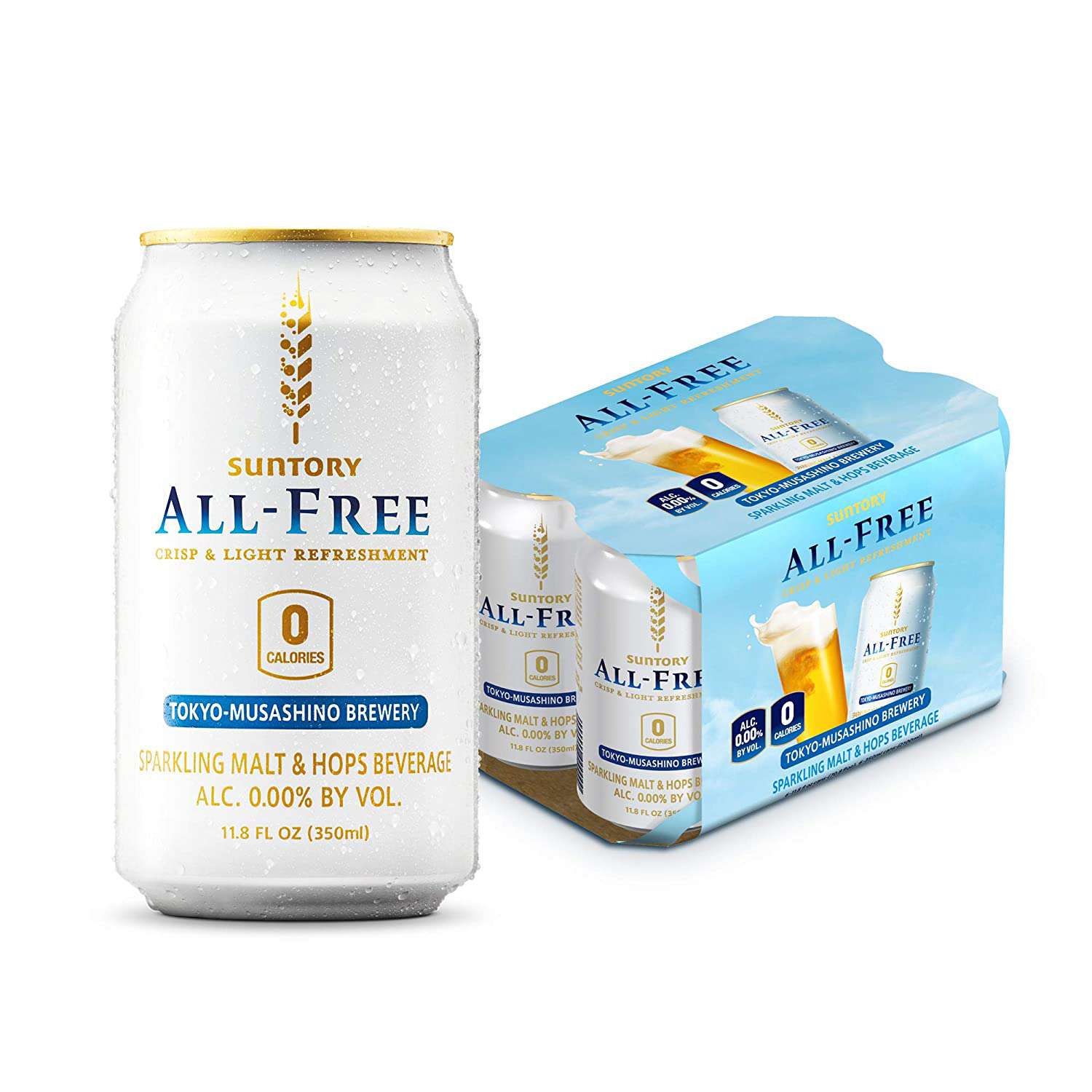 This is not exactly a beer, but it’s pretty close—and it has zero calories and is 0% ABV. It has been available in Japan for over a decade, but is newer to the American market. The drink is made from two-row barley malt, aroma hops and mineral water, resulting in a sort of half-beer, half-sparkling water hybrid that will be of interest to NA beer drinkers. 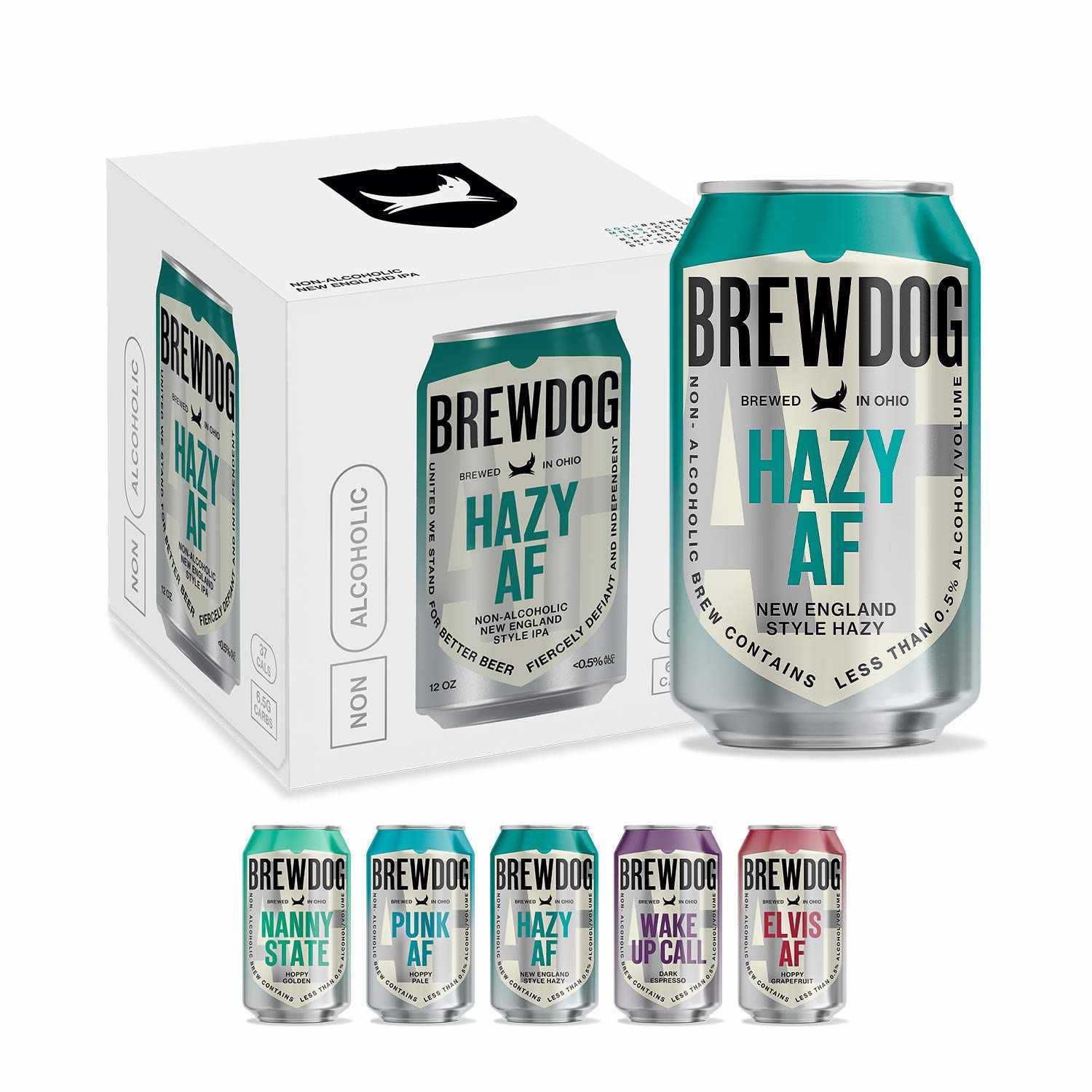 View On Amazon View On Totalwine.com

Looking for a hazy IPA with big, juicy tropical fruit notes? BrewDog has an NA beer that fits right into that wheelhouse. Hazy AF is bold and assertive, but with no alcohol, you can drink a few of these without worrying about slowing down. This brewery got its start in Scotland but now has outposts in Ohio, Berlin and Australia, making its mark in the world with both NA and alcoholic beers. 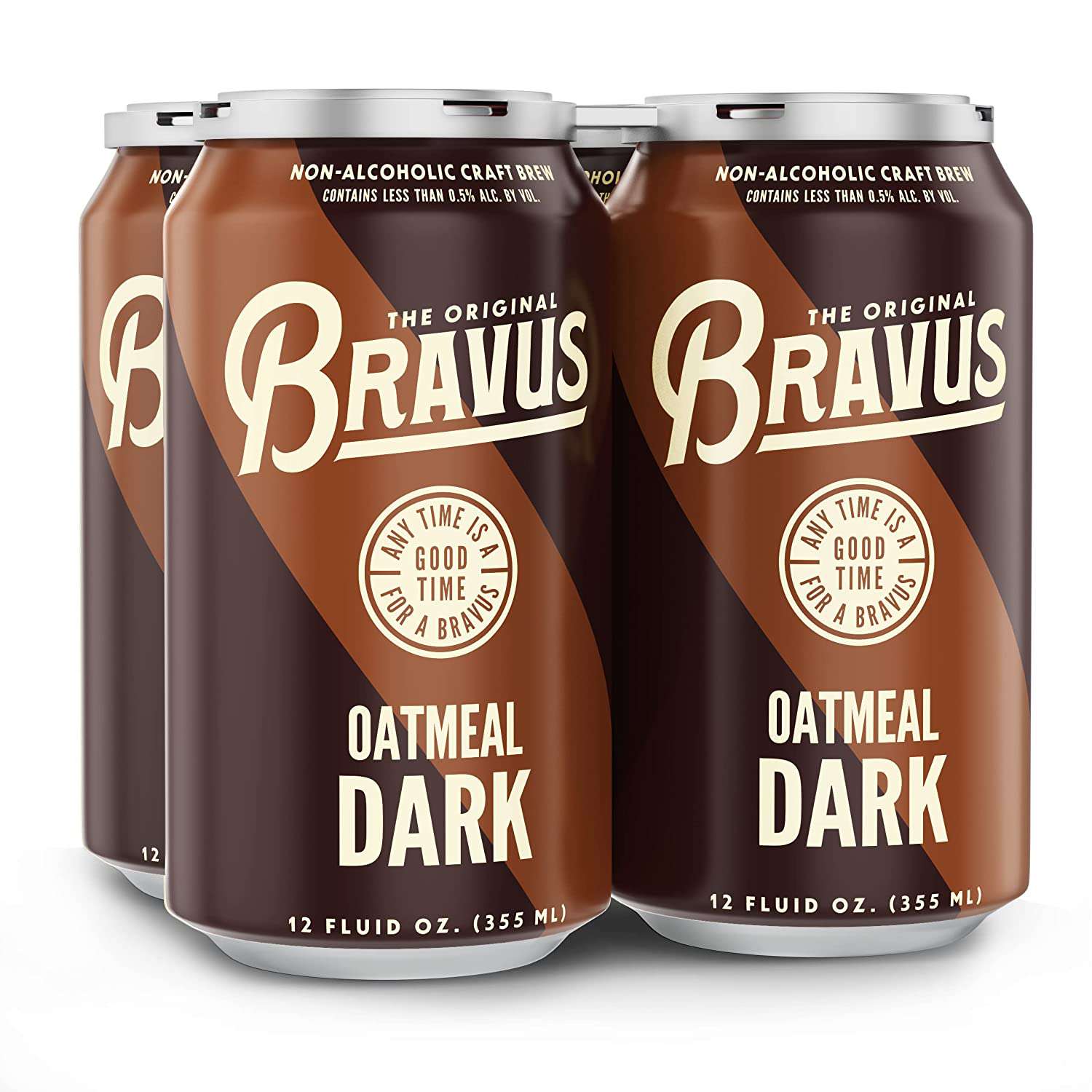 Just because you are drinking NA beer doesn’t mean you can’t enjoy a hearty stout. Bravus describes this NA beer as one for fans of Guinness, with rich chocolate, coffee and caramel notes. It’s not too sweet and is supposed to pair well with food like BBQ and soft cheese, so consider serving this one at your next gathering. 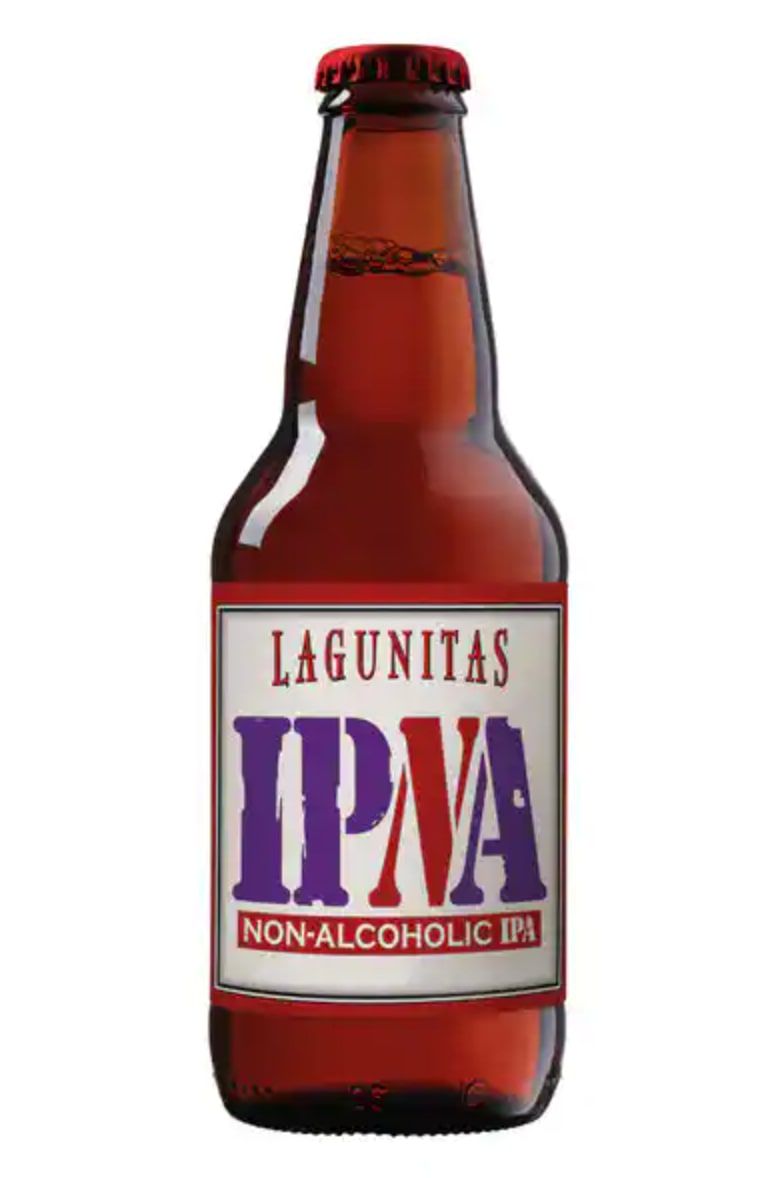 Lagunitas has been brewing in California for decades, but this NA IPA (IPNA) is a newer entry into its lineup of beers. The flavor is pretty close to the regular Lagunitas IPA, with notes of pine, citrus and a dose of bitterness. Fans of IPA won’t miss the alcohol when drinking this beer.

We found the Brooklyn Brewery’s Special Effects (view at Drizly) to be the most impressive. It has just enough citrus and hoppy bitterness to satisfy IPA fans, without being overwhelming on the palate for those who prefer something less assertive.

There are as many styles of NA beer as there are of regular beer, so it all depends on your taste - do you prefer a hoppy IPA, a dark stout, or a light lager? Also, be aware that many NA beers actually have just a bit of alcohol, generally less than 0.5% ABV, something to consider if you are looking to avoid even a trace amount. Finally, big brands like Heineken and Budweiser have NA beers to try, but some of the most flavorful and innovative are coming from the craft world, with entire breweries devoted to the category.

How do they get the alcohol out of fermented beer?

There are several methods for creating NA beer that involve interfering with the yeast during the fermentation process, which inhibits the creation of alcohol. The amount of fermentable sugar can also be reduced during this process by reducing heat quickly and removing yeast before it can create alcohol. Dealcoholization is another method for making NA beer, using heat or reverse osmosis after the beer is made.

Are there any trace amounts of alcohol still left in NA beer?

There usually is a negligible amount of less than 0.5% alcohol in NA beer, which while small is an important thing to remember for those who want to avoid alcohol completely.

Is NA beer made the same way as alcoholic beer?

Many NA beers are made in the same way as regular beer, except they undergo one of the steps listed above to remove the alcohol. The basic ingredients usually remain the same, with some combination of water, yeast, malt and hops.

It is generally lower in calories, although this can vary depending on the type of beer. Sometimes it’s just a matter of 10 or 20 calories per beer, but there is a market for very low-cal NA beer as well.

Jonah Flicker is an experienced writer who has been covering spirits and traveling the world visiting distilleries for many years. His work has appeared in many different national outlets reporting on trends, new releases and the stories and innovators behind the spirits. His first love remains whiskey, but he is partial to tequila, rum, gin, cognac and all things distilled.

Read Next: The Best Nonalcoholic Wines to Drink