If grape varieties were Hollywood actors, malbec is the character actor you recognize from other movies, but forgot which ones and, gosh, you don’t remember his name, but he sure is good, isn’t he? Although malbec originated in France, it’s more likely to be associated with Argentina, the country that produces the lion’s share of the world’s malbec and is credited with its resurging popularity.

Malbec is highly regarded as a value grape with a dark fruit flavor palate that can make a starring or supporting role in a delicious red blend.

Michel Rolland, of Argentina's Clos de los Siete, one of the world’s most well-known winemakers, says that the trick to producing the best quality malbec is that the grapes harvested have to be in the best condition possible, so that the wine is, “clear, pure, and precise,” as he puts it. “You look for [the] mouthfeel,” he further explains, “If you have sharp tannins early on [in the wine] it will get sharper later. If you have a weak mid-palate early on, it will stay weak.” Meaning, if you treat your pristine grapes correctly, they will deliver you a high-quality wine. Coincidently, he also makes our top choice, 2017 Clos de los Siete by Michel Rolland.

While Rolland is able to coax beauty out of malbec grapes in their Argentinian stronghold, California winemaker Mike Hendry has managed to do the same in Napa Valley. “It's a long process to get your grapevine to where you want it and it's important to have the same people doing the work year after year,“ he says of his Bordeaux varieties (including malbec) that were planted in 1995. Consistency in grape-growing is part and parcel with consistency in quality, and Hendry proves it in spades.

To properly give malbec the recognition it deserves, we’ve put together this list of malbec wines that should be on your radar. One sip and you’ll agree that they deserve a star on their own walk of fame. Here are the best bottles of malbec wines to get right now.

Buy on Drizly Buy on Vivino Buy on Minibar Delivery

With the snowcapped Andes mountains looming in the near distance over their cherished vineyards, Clos de los Siete has established themselves as a towering figure in the world of Argentinian-produced malbec. Winemaker Michel Rolland, originally hailing from Bordeaux, is an internationally recognized winemaker and consultant who’s brought his expertise to vineyards in fourteen countries. Rolland’s capabilities, coupled with the Clos de los Siete pristine terroir, make this bottle a wine to celebrate.

Related: What To Know About Malbec and 5 Bottles to Try

This bottle from Trapiche hails from the Uco Valley in their high altitude vineyards just below the Andes Mountains. Founded in 1883, the vines rooted in Trapiche’s estate in front of the winery are farmed according to biodynamic standards. Given that they source grapes from over 200 producers and still turn out high-quality wines, it’s no wonder they deserve a spot on this list.

Argentina doesn’t just produce the best quality malbec wines, but they also produce some of the most affordable quality malbec wines. Patricia Ortiz, the grand doyenne of Argentinian wine, runs the show at Zolo where the sustainably-grown grapes get aged in French and American oak barrels and become tasty bottles of wine that are easily purchased 6-12 bottles at a clip!

You may be wondering how a red blend that’s majority merlot and only 22 percent malbec made it onto the Best Malbec list. Did this bottle cheat its way in? The answer is yes, but keep in mind that this cheater is also a winner—and the classic malbec character (those violets and mocha spices) shines through. It’s a great example of how malbec can play a solid supporting role, bolstering the taste and structure of another variety. Also, it’s produced from the famed Stags Leap District of Napa Valley, and given its pedigree, is offered at quite a reasonable price—the least splurgy splurge you’ll ever splurge on.

Buy on Drizly Buy on Vivino Buy on Minibar Delivery

This bottle matches the profile for everything that promises a top-shelf malbec wine: Argentinian-grown, from the Mendoza region, produced by the Alamos winery. Head winemaker Lucía Vaieretti calls the shots at this family-run estate that’s been working the land for over a hundred years, producing some of the country’s most notable malbec wines. This is one of them.

Here we have another fine Mendoza malbec, this time from winery Terrazas de los Andes whose claim to fame is that it’s the first subsidiary winery outside of France to be owned by iconic Champagne powerhouse Moët & Chandon. You can see the Moët influence in the details of this wine where the stunning Andes Mountains affect the extreme, high-altitude grape-growing climate to deliver a wine befitting of their international caliber.

Another great Argentinian wine also produced at high-altitude vineyards off of the Andes, only this time from up in northwestern Salta. Salta’s wine region is known for having some of the highest altitudes exposing the wines to extreme conditions that eke out wine like no other—royally ripe, imbued with cool-climate acidity, and a flourish of minerality. This 2017 bottle from Colomé is an excellent example of why you should take every malbec with a pinch of Salta.

Lieu Dit is a California operation, expertly run by friends Eric Railsback and Justin Willett, with a portfolio of wines heavily influenced by the varieties native to France—specifically the Loire Valley. And while they’re primarily focussed on their sauvignon blancs and cabernet francs, they also include in their line up this attractive, whole-clustered, unfiltered malbec. This is wow in a bottle, charged by grapes from Happy Canyon Vineyard in the Santa Ynez Valley that are 100% whole-cluster fermented! This is unlike any malbec you will have tried!

Sometimes malbec just tastes better when it’s blended with some of its friends. That’s the trick here with Orin Swift’s 2017 Papillon bottle, a blend of the Bordeaux usual suspects including cabernet sauvignon, merlot, and petit verdot. This is the kind of malbec that will color your teeth a lovely shade of purple, so, if you’re ever in a social setting, be sure to check yourself in the mirror before promoting that big, wonderful smile that lands you hundreds of likes with every Instagram post.

Even though Argentina steals the show when it comes to malbec production, sometimes you want a malbec that goes back to its roots—in France. Legendary winemaker Paul Hobbs (of Sonoma fame) partnered with fourth-generation Bertrand Gabriel Vigouroux, and together they’ve produced a monument to malbec wine, period. Hobbs, after all, is partly responsible for revitalizing Argentina’s winemaking culture and popularizing malbec and the Mendoza region. His pedigree and Vigouroux’s heritage combine in a winning effort that shows why French soil is primed for yielding world-class malbec.

Love malbec? Hate oak? Look no further than this unoaked doozy from Zuccardi, now in its third generation of family-run winemaking. In the past few years, the folks at Zuccardi studied each of the terroir types in the Uco Valley to figure out ways to improve their wines. If this bottle is any indication, it tastes like they’ve upped their game. Pure Argentine terroir in the bottle, untainted by oak spices, but full of deliciously ripe fruit.

Read Next: The Best Wine Books

Jonathan Cristaldi has written about wine and spirits for over a decade. He regularly tastes wines from around the globe, and personally tasted every wine in this roundup, except for the Shafer TD-9 2017, Crocus Le Calcifére, and Lieu Dit wine. Cristaldi was named a "Wine Prophet" by Time Out New York for his witty and often avant-garde approach to wine education. 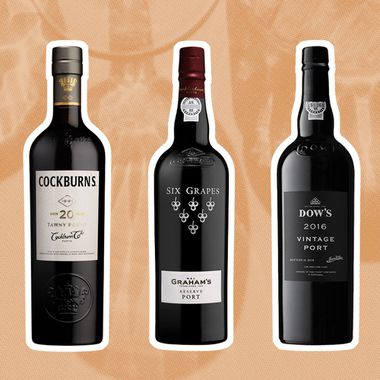 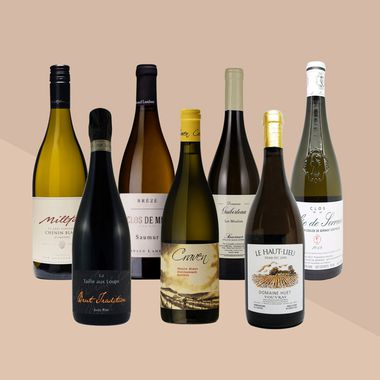 Chenin Blanc: What to Know and 7 Bottles to Try 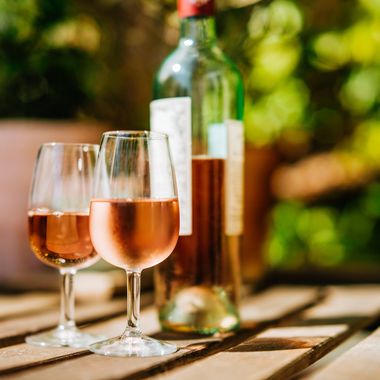 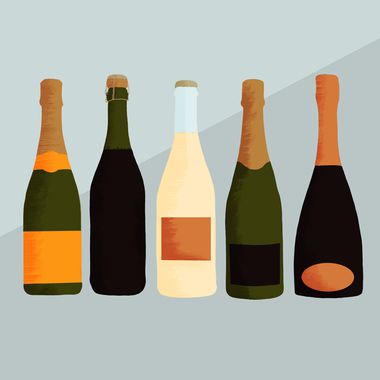 Your Guide to Sparkling Wine: The Main Types and More 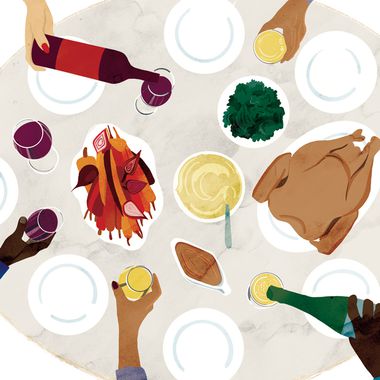 How to Choose Wine for Your Thanksgiving Dinner 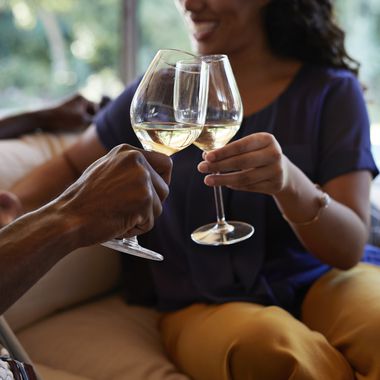 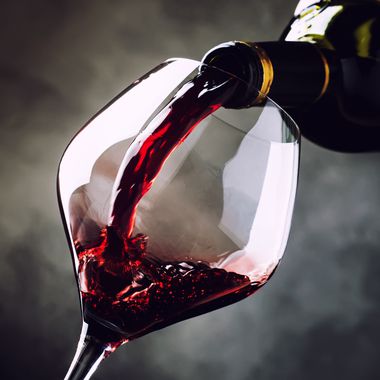