Canada boasts some incredible whiskies with a style all its own.

Jonah Flicker
Jonah Flicker is a freelance journalist based in Brooklyn whose work focuses on spirits, food and travel.
Learn about Liquor.com's Editorial Process
Kate Dingwall

Canadians are known for making some good whisky (spelled there without the “e”). The defining characteristics of Canadian whisky are that it must be aged for three years in Canada from a mash bill recipe of grains and contain at least 40 percent ABV. Beyond that, distillers are free to experiment with different barrel types and recipes, and they can even add 9.09 percent of another spirit to the whisky (as long as it’s aged for two years in wood).

With some of their most distinguishing features in mind, here are the best Canadian whiskies to drink now. 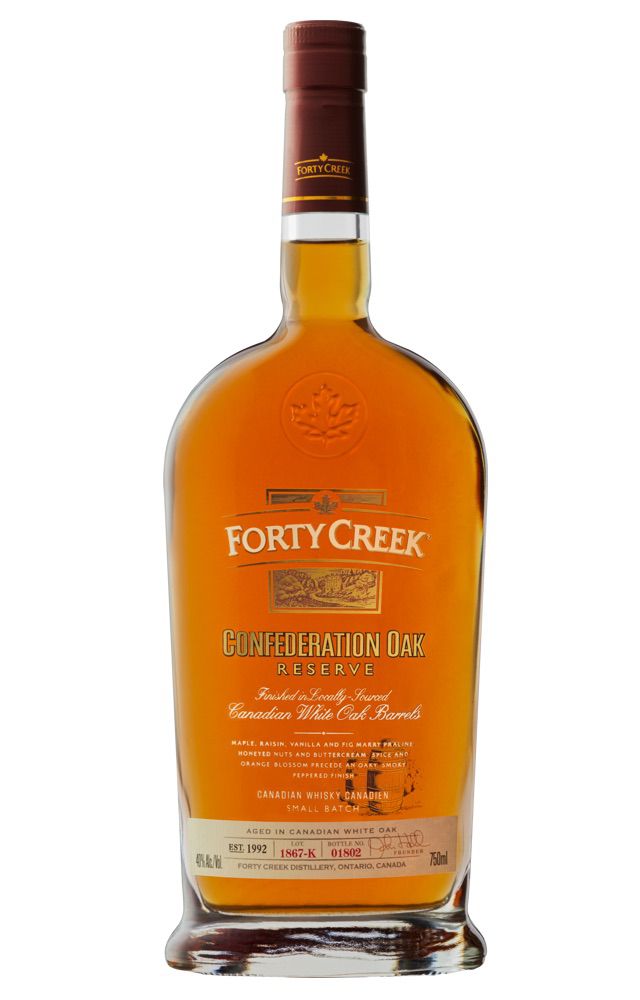 This is an excellent expression from the Grimsby, Ontario distillery. Confederation Oak was created to commemorate Canada’s 1867 Confederation. It’s a blended whisky that is finished for up to two years in new Canadian oak barrels, which the distillery says have a tighter grain because of the colder climate. Look for notes of praline, honey, and dark fruits on the palate. 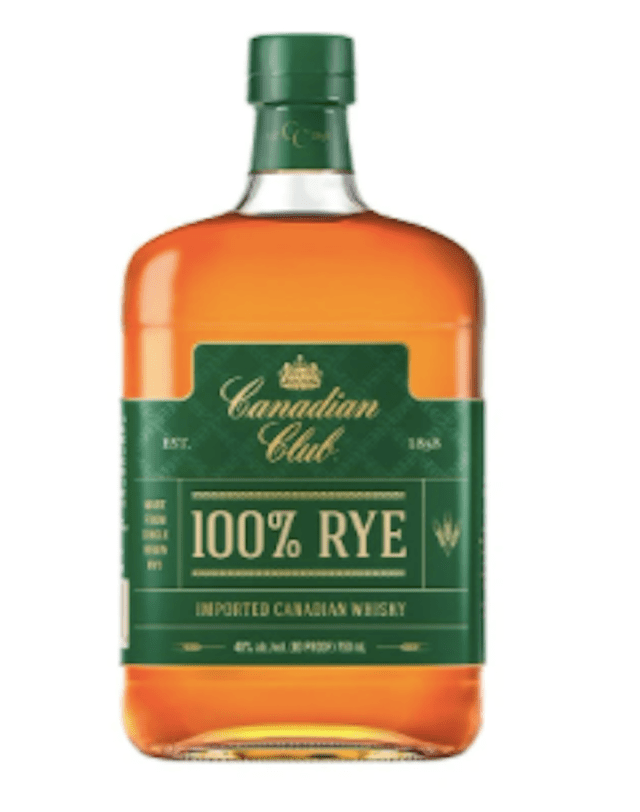 View On ReserveBar View On Caskers

Canadian Club is a well-known brand in the U.S., mostly for its extremely popular and affordable blended whisky. But this 100 percent rye whisky, which is aged in a few different barrel types, is a great example of Canadian rye and will usually cost around $20 a bottle. This is not the most intense rye whisky experience you'll find, but it’s certainly a good deal. Crafted by Alberta Distillers, this spirit has caramel and oak notes. 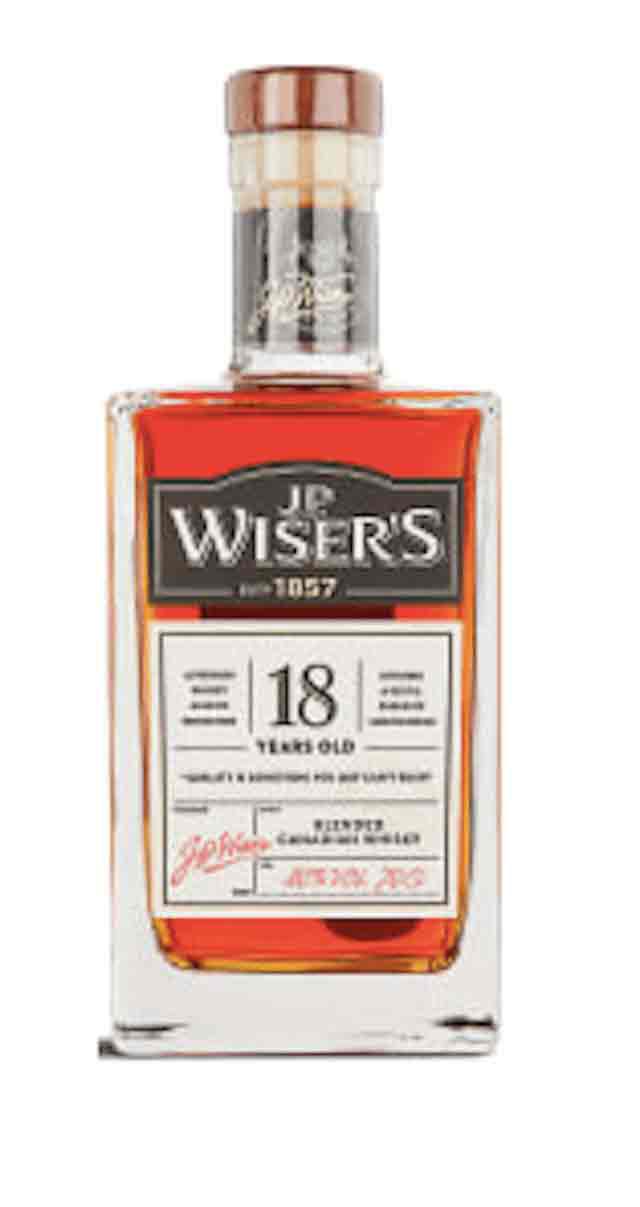 "This whisky stands out for its complexity in flavors, which is driven by the usage of the [bourbon] barrels [used for aging],” says Frederic Najem, the director of food and beverage at Loews Philadelphia Hotel. “It has an aroma of earth, smoke, and rye on the nose. This whisky is well balanced at a great price.” Perfect for sipping, this spirit is aged for 18 years. 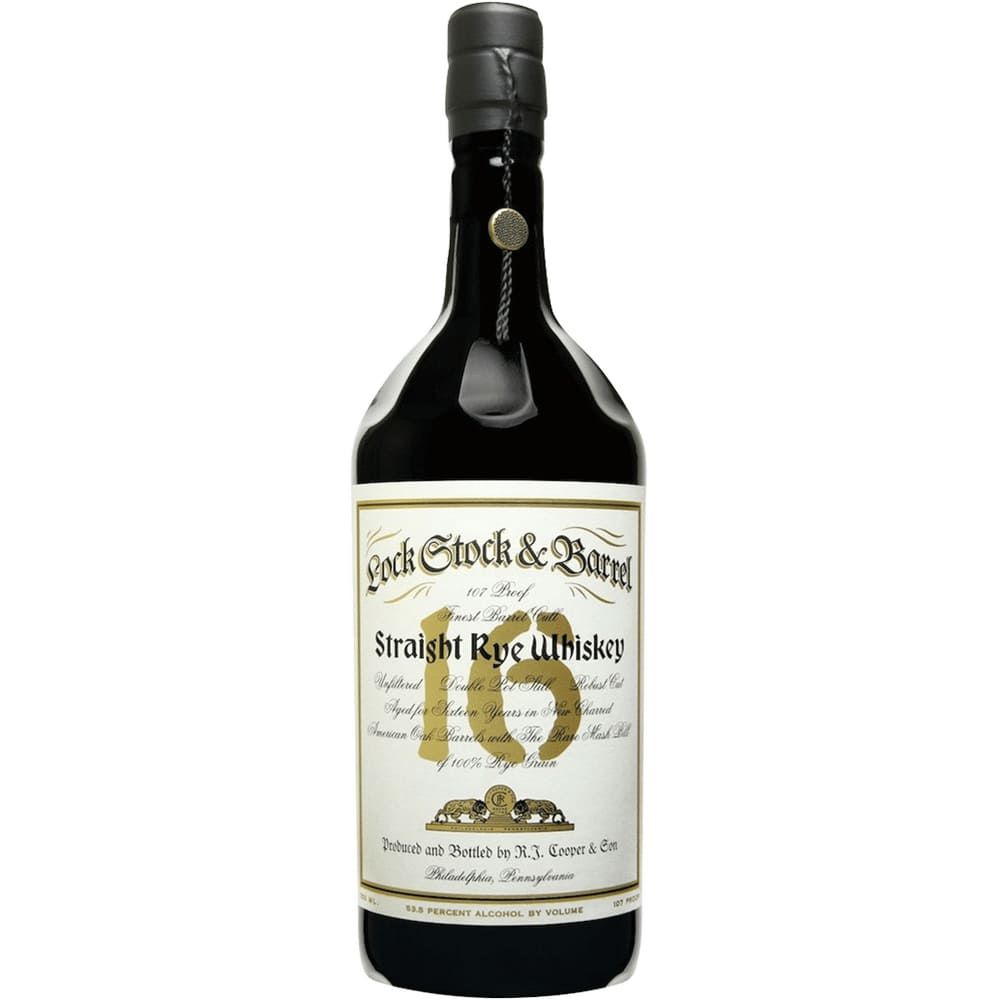 This 100 percent Canadian rye whisky is sourced and bottled by Cooper Spirits Company in the U.S. While it costs around $150 or more for a bottle, the whisky is well worth it. A deeply spicy background is tempered by notes of caramel, cocoa, and dried fruits after nearly 20 years of aging in American oak. Sip this on its own, or use it for a premium cocktail experience. 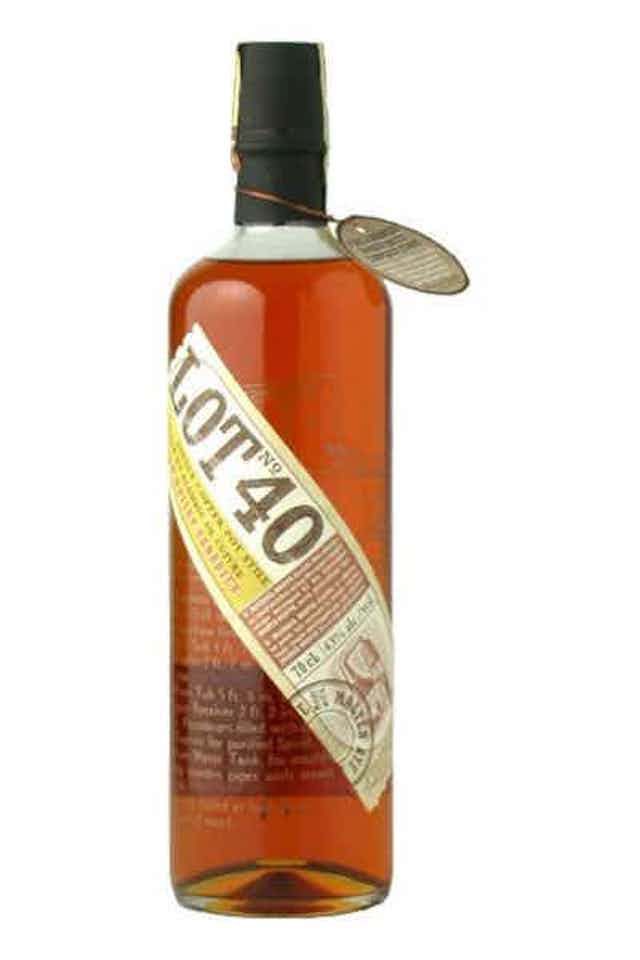 There are many Canadian rye whiskies to choose from (some Canadians even refer to whisky, no matter what the mash bill is, as "rye"). But this expression from Lot No. 40, crafted at Hiram Walker Distillery, is one of the best.

It’s made from a mash bill of 100 percent rye that is distilled in copper pot stills. There’s a nice balance of sweetness and spice on the palate, with a buttery mouthfeel and some notes of fruit and vanilla. Overall, this is a stellar example of rye whisky from the north. 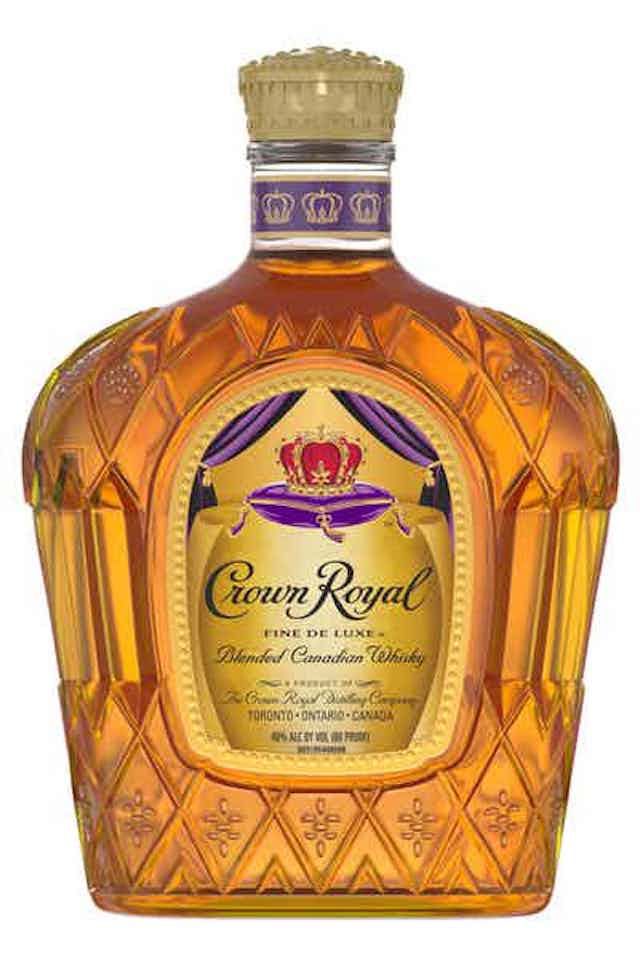 View On Drizly View On ReserveBar

"There are definitely some good new Canadian whiskies on the market," says Nestor Marchand, the director of food and beverage at Plunge Beach Resort in Florida. “But when I think of Canadian whisky, I think of Crown Royal. It’s a nice upgrade that won't break the bank.”

Blended with 50 different whiskies aged in oak barrels, this spirit is extremely popular for a reason—it’s smooth, sweet, and can be used in many different cocktails. 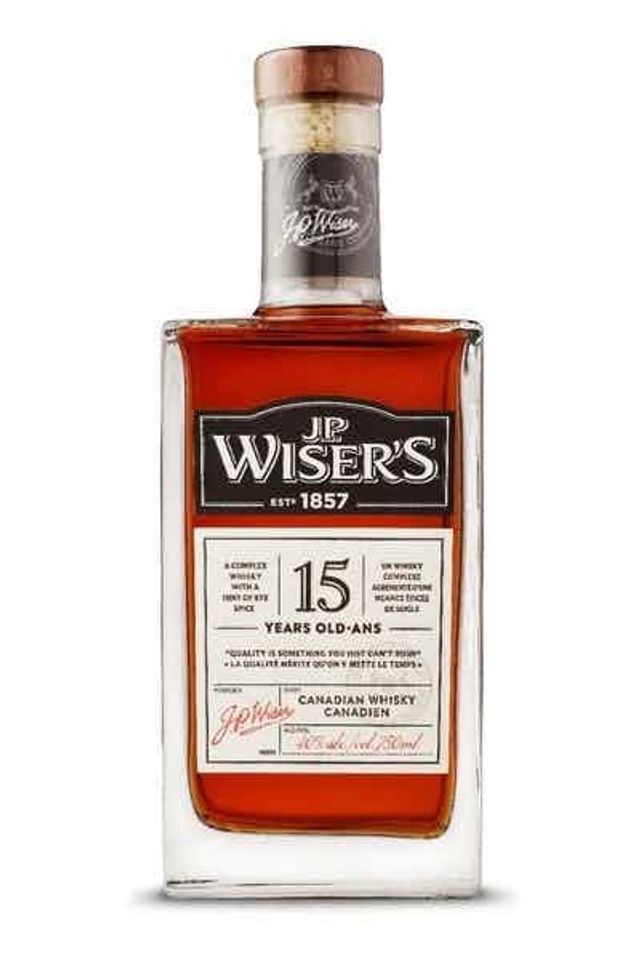 Courtesy of Drizly.
View On Drizly

This JP Wiser’s whisky is a bartender favorite. “It's a blend of mature grain whiskies with a hint of rye spice,” says Pablo Guerrero, the food and beverage manager of Azabu Miami Beach. “After being aged for 15 years, we have a rich and smooth mix of flavors like dried fruits, toffee, spices, and a very small touch of green apple. There is no need to break the bank, as it is a good value whisky and a fantastic digestif to end a memorable dinner.” 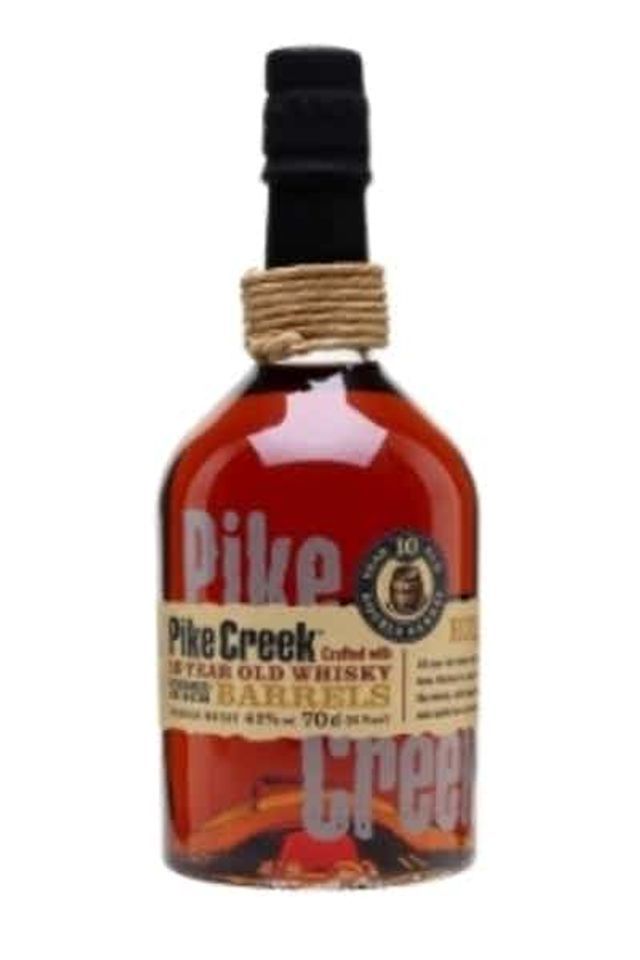 Courtesy of Drizly.
View On Drizly View On Flaviar View On Caskers

From Corby Distilleries, Pike Creek's rye whisky undergoes some interesting barrel finishes after initial maturation. One of the best expressions is this 10-year-old blended whisky finished in rum barrels. This secondary maturation brings notes of banana and brown sugar to the mix of caramel, spice, and dried fruit flavors. 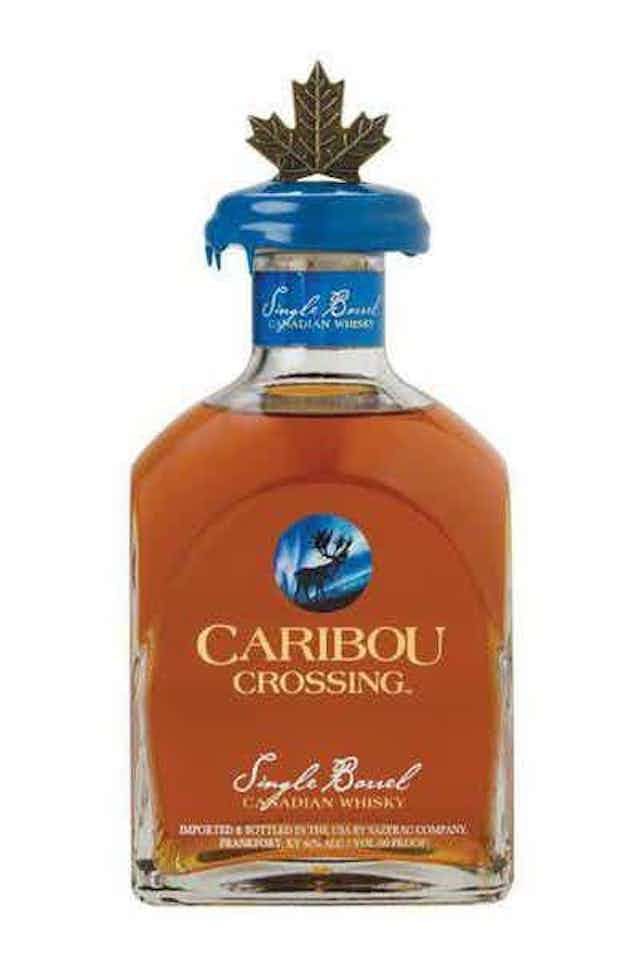 "Caribou Crossing, a Sazerac brand product, is pricier than your average Canadian whisky but worth every drop,” says Carlos Lopez, the bar manager of Stiltsville Fish Bar in Miami Beach.

What makes this whisky stand out is that it’s a single barrel release, meaning each bottle comes from one particular barrel instead of a blend of many casks. This also means that every bottle will taste slightly different, but overall, look for notes of vanilla, honey, and spice. 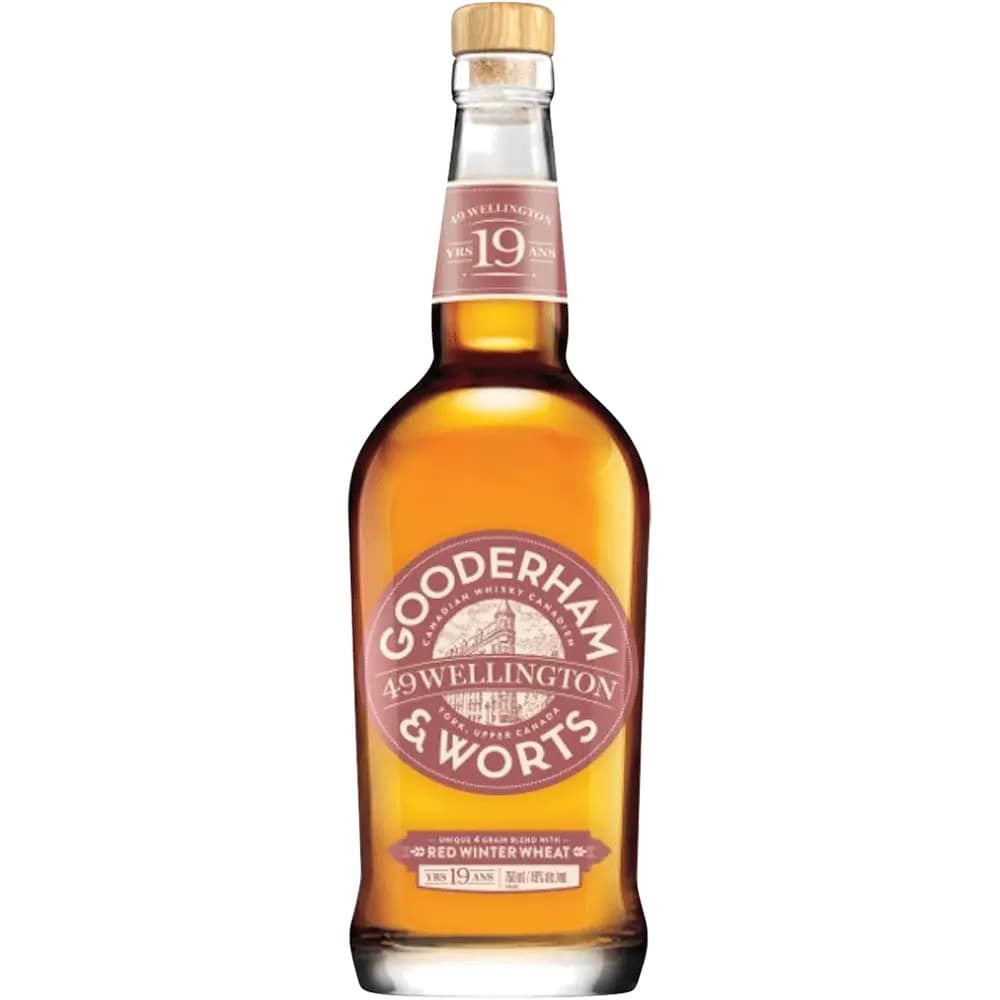 Gooderham & Worts is one of the most historic distilleries in the country; James Wort and William Gooderham set up shop in 1831, initially as a milling company and later expanding to brewing and distilling. By the late 1800s, it was the largest producer of whisky in the world, primarily turning out whisky blends of corn, barley, wheat, and rye.

The 49 Wellington is a little piece of history, calling for unmalted rye, rye malt, barley malt, wheat, corn, and red fife wheat (the latter is one of Canada’s heritage grains). All is left to mature in red oak outfitted with red oak insets. The resulting dram is complex and loaded with a unique spice, balanced out by old oak, integrated tannins, and sweetness. 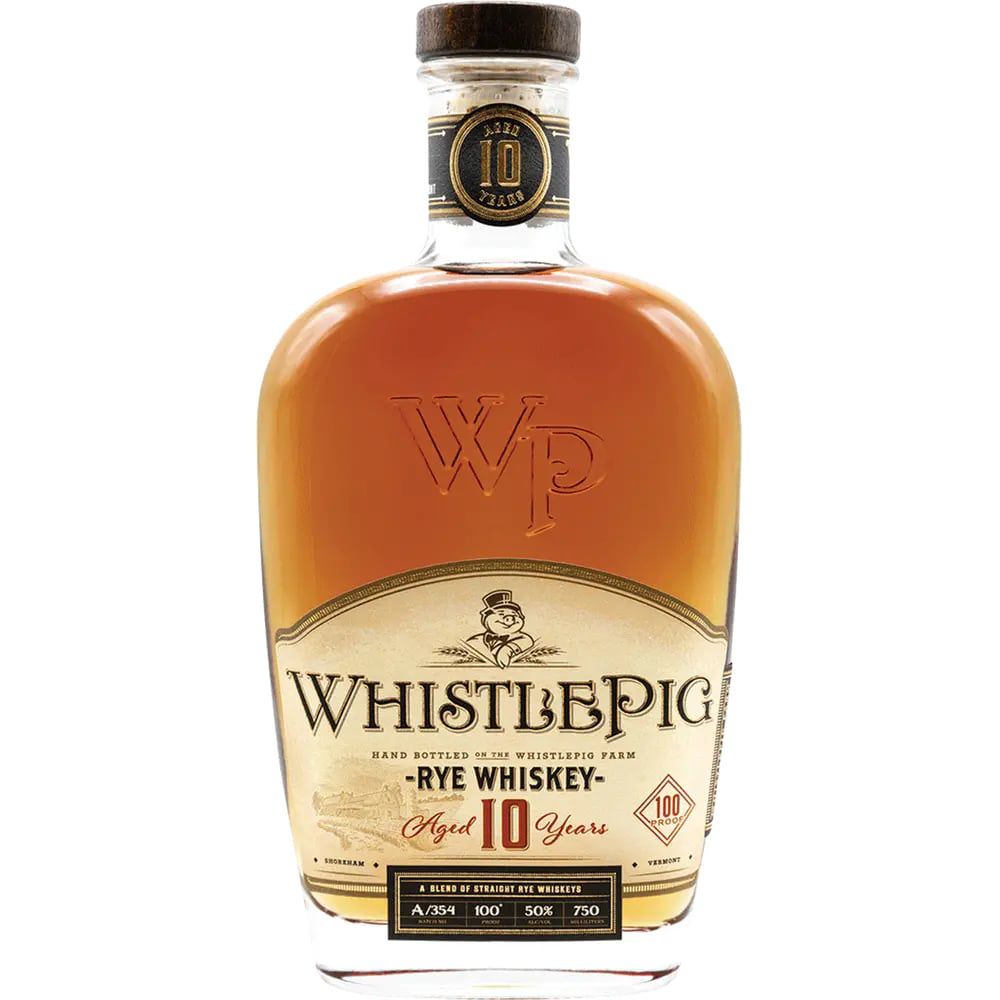 "My favorite Canadian Whisky is probably WhistlePig 10yr Rye Whiskey,” says Thomas Moore, the senior beverage director at Aba Restaurants. “Even though it finishes aging and is bottled in Vermont, it arrives there from Canada and is one of my go-to whiskies.”

As brand lore has it, their stock of rye was found stored in a Canadian distillery. They rescued it and aged it in new American oak before bottling it. It’s complex, and honey-packed, with burnt orange and slight smoke.

“It's bottled at 100 proof, so it doesn't disappear into the background when used in cocktails,” says Moore. “It has a great, rich spice character which is a flavor profile I'm always attracted to in whiskies.”

View On Drizly View On Instacart.com View On Klwines.com

This is another Canadian-ish bottle. The distillery was founded in 1943, South of the (Canadian) border, but still leans heavily on Canadian-made, 14-year-old ryes as the star of their blends.

It’s Canadian by birth certificate—rye is carefully made in Quebec before it’s brought down to Austin to blend with limestone-heavy Texas water and brought to 42 percent proof. No sugars, flavorings, or colorings are added.

Despite a large amount of rye, the addition of younger corn whiskies makes this a light, easy-sipping whisky well suited to a Manhattan. Expect subtler spice, balanced out with cereal and sweet vanilla notes. 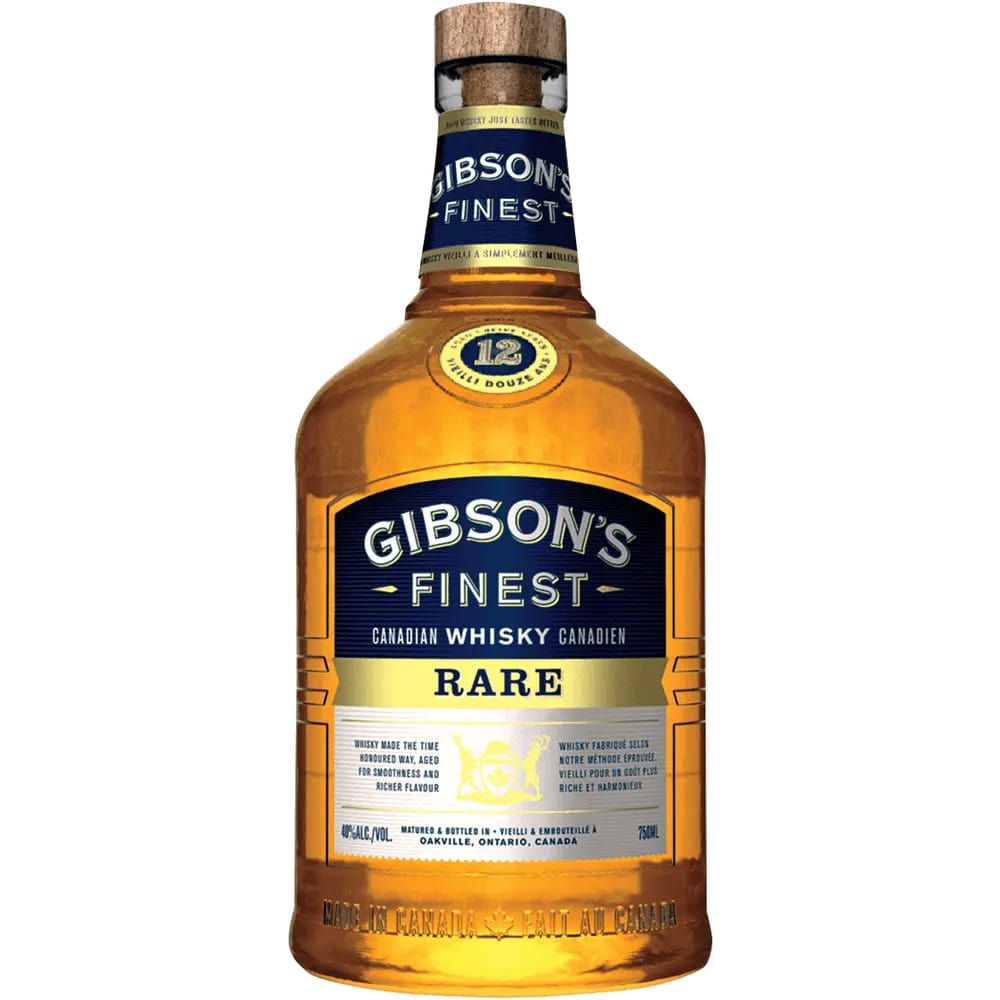 Gibson’s also began stateside—John Gibson founded it in Pennsylvania in the 1830s. It thrived until prohibition when the distillery was forced to shutter. Luckily for us, it was scooped up by a Canadian company and transplanted to Quebec.

Quebec-grown corn and grains take center stage in a range of age expressions. The 12-year-old is the flagship for the brand, leaning on notes of 18-year-old. It’s made by blending various finished expressions, generally higher-proof corn whiskey and lower-proof rye. It’s light and confectionary on the palate, rounded out with caramel, warm oak, and marzipan.

Reach for this as an elevated alternative to your standard light, budget Canadian blends. (If you can get your hands on the oft-elusive 18-year-old, it’s also a real treat!)

Is the quality of Canadian whisky as good as others?

Yes! The country is the perfect environment for growing whisky grains, and Canadian whiskies frequently earn top billing at international whisky competitions. That said, most of the best bottlings (think Gibson’s 18-year-old and craft distillery single malts) aren’t distributed outside of the country—making a strong case for a Canadian whisky tour.

It depends on what style of whisky you’re sipping. Blends with a lower age statement are excellent in cocktails, like a highball or a citrus-driven cocktail. 100 percent rye or higher-proof whiskies shine in spirit-forward cocktails—they add a big spicy backbone. Try sipping any older age statement whiskies neat.

Jonah Flicker is an experienced writer who has been covering spirits and traveling the world visiting distilleries for many years. His work has appeared in many different national outlets covering trends, new releases, and the stories and innovators behind the spirits.

Kate Dingwall is a seasoned sommelier, spirits expert, writer, and Canadian. She frequently writes Canadian whisky columns for whiskey publications like Whiskey Wash and loves to preach the gospel of Canadian heritage grains (though she’s a sucker for a great Tennessee whiskey).

Read Next: The Best Cheap Whiskeys to Drink in 2022