Even as the industry waits, fingers crossed, for full-capacity in-person service and guests to return, a select number of owners plan on making their retail operations permanent. They’ve spent thousands of dollars on shelving and coolers (plus lawyers and, in some instances, cargo vans) and reinvented themselves as boozy shopkeepers. In the process, they’ve tapped into their communities’ needs, expanded their brands and diversified their revenue streams.

Before March 2020, L’Oursin had a small retail wine section that, along with a wine club, made up 5% to 10% of the restaurant’s revenue. Now, retail wine constitutes the majority of the sales, and it’s marked up 60% along with esoteric spirits (think cognac, Armagnac, Calvados, fortified wines and aperitifs). “We’re not a BevMo! We have a lot of nerdy shit,” says Overman, who tried to sell more approachable to-go cocktails over the summer but reverted back to his French brandy wheelhouse last fall. Now, he offers a white Armagnac and Suze Negroni, a Calvados Old Fashioned and a “gussied-up” Vieux Carré, sold in 5-ounce and 750-milliliter bottles.

The nearest grocery store is a 10-minute drive away from the Capitol Hill restaurant, and the pivot, which is currently taking up all of L'Oursin’s dining room, has shown just how much the neighborhood needed a market. “It’s such a convenience for people to be able to grab a steak, wine and some potatoes,” says Overman. “Our biggest issue is going to be figuring out how to integrate the market with dine-in service, how to shrink things down. But we’ve invested too much, and it has too big of a following for it to go away.”

Somehow, in the 240 square feet that’s the original Amor y Amargo, beverage director Sother Teague squeezed in bitters, books and barware for sale, making around $6,000 per month on retail items and up to $12,000 a month around the holidays. During the pandemic, Teague took over the recently shuttered Mother of Pearl, located next door with its entrance just around the corner, to open Amor y Amargo Reserve, a reservations-only bar that pairs cocktails and snacks. To keep the drinking experience intimate, Teague cut the space in half and built out wooden shelving and a generous counter upfront for a “general store,” a permanent and expanded vision of his Amor y Amargo retail operation.

Now, he doesn’t need to rotate bitters on and off his shelves. The general store has room for Bittercube, Bitter Queens, Boy Drinks World, 18.21, King Floyd’s, Ms. Better’s and more, even if most people still buy Angostura, according to Teague.

His team is also selling engraved Cocktail Kingdom glasses and barware, bar tools and T-shirts. Teague transformed a watercolor portrait by Jill DeGroff (an artist who is also married to King Cocktail Dale DeGroff) into a 1,000-piece puzzle, of which he has sold 1,000 at $25 a pop. Thanks to pandemic-era liquor laws, Amor y Amargo now also offers booze by the bottle. “We have a notoriously crazy selection of amari, but it’s not really helping our bottom line,” says Teague, whose buying power and margins don’t quite match nearby bottle shops like Astor Wines & Spirits. “We’ve been told that we’ll be able to continue selling bottles two years past the date of 100% occupancy. We feel confident that the state will pull that privilege, and they should.”

To-go cocktails are profitable, however, and Teague is counting on New York to make them permanently legal (as states like Iowa have done). He installed a double-door fridge to house 100-milliliter, 200-milliliter and liter bottles of the bar’s signature cocktails such as the Di Pompelmo, Eight Amaro Sazerac and Sharpie Mustache, as well as its renditions of the classic Manhattan, Negroni and Old Fashioned, all available for pickup or delivery.

Presciently, Death & Co Market launched in June 2019 with a selection of limited-release mugs, cocktail books, drinkware and apparel, and while some of the goods are available at the bar’s Denver location, the majority of transactions happen online. “It’s probably not too surprising that this side of the business started to significantly grow when the pandemic hit,” says Dave Kaplan, the co-founder and CEO of the iconic cocktail bar.

Since March 2020, Kaplan has focused on finding ways to build and sustain traffic to the bar’s website. Gift cards drove early sales, and higher priced experiences (including developing custom cocktails for six to eight fans; pricetag: $2,500) captured media attention and brought in customers who bought lower-priced swag. In July 2020 alone, Death & Co sold $18,557 worth of mugs, and a nail polish line from head bartender Alex Jump became a media darling.

Still, Kaplan says his retail profit margins are slim. Death & Co partners with a company that manages its warehouse, customer care, online advertising and email marketing—foreign tools for someone whose bars rarely had an empty seat. “For us, the online space is 100% a numbers game of driving people to the site and seeing what conversions we get,” he says. “It feels like if you take your foot off the gas for one second, site visits fall off a cliff.”

The Death & Co team is still learning, but the past year has reinforced their instinct to invest in retail. A sizable portion of the site’s profit was funneled into a staff-led fund that worked like an in-house GoFundMe for employee emergencies, and Kaplan envisions a future in which retail sales help finance health care and higher wages.

“There’s a need for us as an industry, and especially if you have aspirations to be a better employer, to continue to diversify and create new opportunities for revenue and for customers to have new and unique experiences,” says Kaplan. “And you’ll be better protected from future swings that inevitably are going to come.”

Just off Philadelphia’s Rittenhouse Square, Cook served as a demonstration kitchen for nine years, hosting cookbook authors, chefs and artisans for events and cooking classes. As a minor part of her business, owner Audrey Claire Taichman also sold some books and housewares, but pivotally she held a wine license for pairing dinners.

When the pandemic hit, Pennsylvania loosened its notoriously stringent alcohol regulations and began granting “wine expanded permits” (WEP), allowing businesses like Cook to sell wine. “And when our liquor lawyer rammed through conditions of the WEP, and there are many, he found out we could also sell bottled cocktails to-go,” says Michelle Flisek, the space’s executive director.

In November, after months of navigating the permitting process, Cook became Cork, a neighborhood wine store and rarity in a control state like Pennsylvania. Flisek and Taichman filled the space with wines, canned spritzes, cider, chocolates, tinned fish and cheeses. On the bar side, they offer julep strainers, shakers, bar spoons, bitters and cocktail cherries, plus four classic cocktails: the Manhattan, Negroni, Martini and Dirty Martini.

“People come in for wine and then scope out the rest of the store,” says Flisek, who can’t envision a world in which the space’s retail operation doesn’t continue after the pandemic passes. “The cocktails are that extra something people stock up on for the weekend or take to a friend’s house for dinner.”

A Japanese-Style 7-Eleven in Ohio

Annie and Luke Williams opened Law Bird, their Columbus, Ohio, cocktail bar, four short months before the pandemic hit. After a few months on pause, they built a false wall within their bar to hide bottled cocktail production and isolated 300 square feet of “light, bright and funky” retail real estate. The current iteration of Law Bird is modeled after a Japanese-style 7-Eleven, its shelves lined with Pocky Sticks, Hi-Chew, Sriracha peas, natural wines and sake. The Williamses also stock their cooler with a rotating selection of 10 or 11 cocktails, packaged in juice bottles with a rainbow palette of plastic twist tops.

Annie’s current favorite is the Snacks on the Beach, a PB&J Daiquiri with peanut-butter-washed rum, coconut-water simple syrup, raspberry-cassis cordial and lime. “We want to make sure our carry-out cocktails are accessible, fun and imaginative, but they also need to be far more cost-effective. We can’t charge people for the experience,” she says. She has also hacked a bargain Nonino riff and uses brands like Bacardí and Bombay to help keep her costs below 30%.

In late 2020, anticipating reduced foot traffic during winter, the couple bought a navy blue soon-to-be-airbrushed Nissan cargo van and began offering citywide delivery. While the couple plans on converting Law Bird back to a “nerdy left-brained” cocktail bar later in 2021, they’re also finalizing plans for a separate bottle shop / wine and aperitif bar and just signed on a space for a biscuit concept they beta-tested from Law Bird’s underutilized kitchen.

“Had the pandemic not come along, Annie and I would have still been working every shift, bartending and waiting tables to make sure everything was exactly how we wanted it,” says Luke. “Instead, we were able to diversify and, in an odd way, leap us forward years ahead in our plans.” 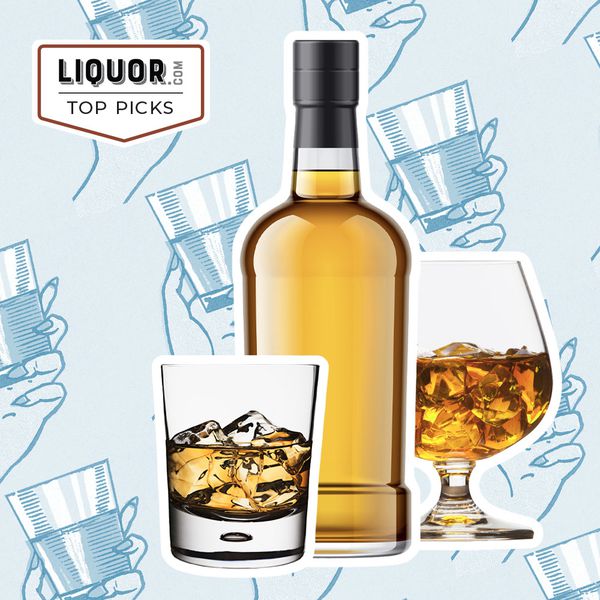 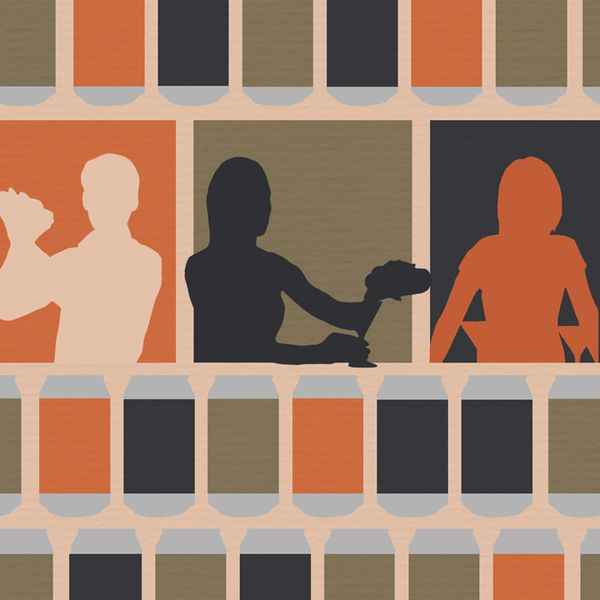 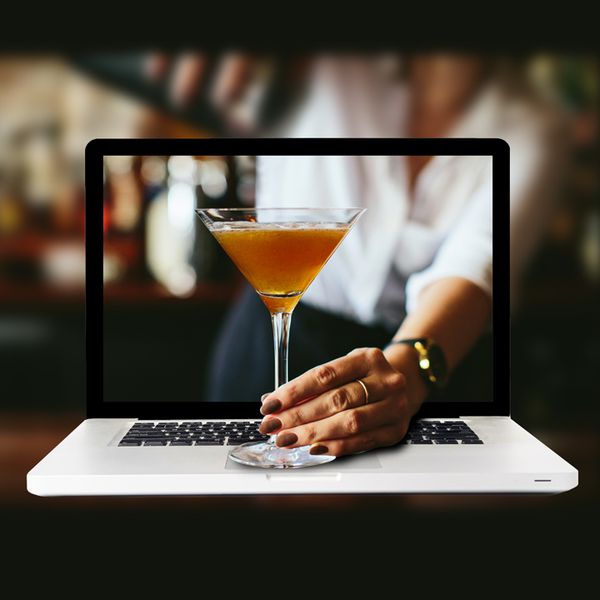