Think you need to relegate your beloved Mojito and Daiquiri to the metaphorical back of the closet along with your flip-flops during winter? Not so fast. With a few tweaks and swap-outs, your favorite patio pounders can easily become fireside sippers.

Want to make a Mai Tai more seasonally appropriate? Mike Jones, the head bartender at Sable Kitchen & Bar in Chicago, suggests reaching for a funky aged rum such as an agricole or Jamaican bottling, a few dashes of spicy bitters (like Bittermens Elemakule Tiki bitters) and some Ramazzotti or Averna amaro.

Adding a splash of Giffard crème de cassis liqueur and some Angostura bitters to a Daiquiri made with Bacardi Ocho eight-year-old rum or adding a few barspoons of quince preserves to a Mojito are ways that Randy Hayden, the bar manager at Nine Mile Station in Atlanta, takes the drinks from swimsuit season to sweater weather.

“Try making a riff on the Hemingway Daiquiri using some aged rum and allspice to complement the grapefruit,” says Teddy Nixon, the bar manager at Bar Mash in Charleston, South Carolina. He also muddles cranberries for a spiced-rum Mojito.

The takeaway for crafting winter rum sips? Spice is nice, darker hooch adds complex flavor, and if it’s in the produce section right now, juice it. These five recipes below will start you on your way and inspire further seasonal creations.

In her Winter Daiquiri, Eden Laurin, the head of spirits programs at Dove’s Luncheonette and The Violet Hour in Chicago, swaps standard white rum for a duo of more complex bottles: Banks 5 Island rum, a blend of 21 distillates from six producers on five islands, as well as Cruzan black strap rum, which is full of molasses, coffee and clove notes. “Splitting the classic Daiquiri base with an aged rum adds a depth and warmth that’s perfect for cold Midwestern months,” she says. “So I like to add a bit of Cruzan black strap rum and give the drink a rich molasses-y twist.” She was stirred to create it, she adds, after the year she fled the Windy City for an island vacation over Christmas.

For a winter drink that falls somewhere between a Mai Tai and a Jungle Bird, Hayden replaces white rum with richer, fuller Plantation dark rum. He then adds Combier apricot liqueur and ramps up the seasonal spice with Angostura bitters. It's all mixed with Fernet-Branca, simple syrup and lime, orange and pineapple juices and served in a Tiki mug garnished with orange and cherry.

The Change in Seasons at Bar Mash is a reference to the switch from the warm to the cool months, a morphing cocktail that starts as a bright, refreshing Daiquiri and evolves into a sip that’s earthier and spicier. Nixon muddles baby peas, shakes them with Plantation 3 Stars rum, lime juice, simple syrup and tarragon leaves and double-strains the mixture over ice cubes made with pomegranate and beet juices, St. Elizabeth allspice dram and The Bitter Truth Jerry Thomas’ bitters. As the cubes melt, the color shifts from bright chlorophyll green to dark red, just like falling leaves.

A bar staple like the fizzy, minty Mojito shouldn’t be augmented too much, says Laurin. Her winterized version hews pretty true to the Cuban classic, except that she crafts a spiced spirit by infusing white rum with clove, cinnamon and star anise. “Add a drop of Licor 43 liqueur, and then mint, lime juice and soda, and you have a tropical combat to Chicago's blustery winds,” she says. 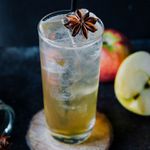 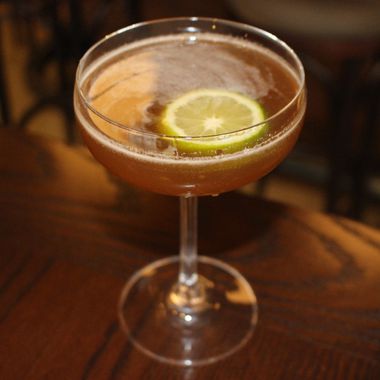 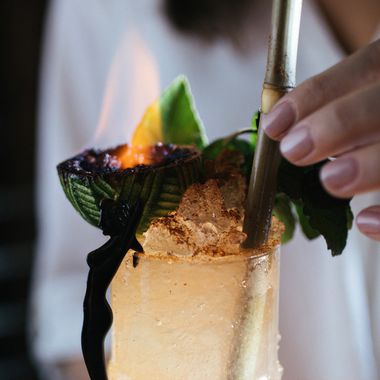 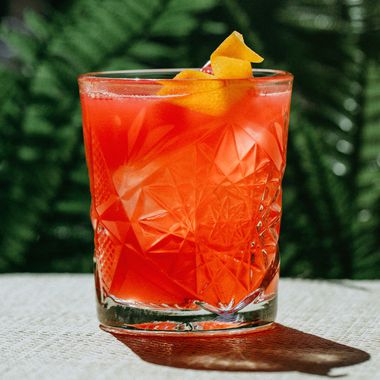 11 Easy Rum Cocktails You Can Make This Summer