Can This App Help You Become a Better Wine Taster?

Is conventional trivia a bit too pedestrian for you? Well, if you’ve seen the movie “Somm” and thought you could just as easily identify the grape, region and vintage of a wine without peeking at the label or breaking a sweat, this new app is calling for your corkscrew.

For the last 20 years, WineGame co-founder and CEO Rob Wilder (who also co-founded José Andrés’ ThinkFoodGroup) has been playing a blind-wine-tasting game with his friends, in kitchens, living rooms and wine cellars around the world. Now, he’s bringing the experience to a global, virtual audience. “We’ve dreamed of a mobile digital version since we saw the first iPhones roll out,” says Wilder. “This is more than a decade in the making.”

The concept is simple. Download the WineGame app, create a profile and either make your own game or join one that already exists. Wilder says WineGame is easy for anyone to set up and host a game, especially because you don’t need to manually input all the intel about the wines. Simply scan the wine labels, and the game will be populated by the database that includes every wine sold in the United States. In total, it covers just about four million bottles, including different vintages.

I tested it out recently with my husband, my brother-in-law and his wife, using a game that had already been set up and four wine samples mailed to me by Wilder—two whites and two reds, their labels wrapped in foil. (Normally, the person hosting the game, or a third party, would have to pick and wrap the wines, therefore disqualifying them from that round.)

Our group’s wine knowledge ranged from professional (I have a diploma in Wine & Spirits from WSET) to casual, but Wilder believes no wine expertise is needed to play. “The game is designed to create logical multiple-choice questions and answers, so even first-time players can make guesses and have success,” he says.

I’ve done my fair share of blind tasting, but I’ll admit it’s all too easy to overthink things and second-guess your instincts. What’s great about WineGame, though, is that you aren’t technically playing completely blind, as each question is multiple choice with five options. If you don’t get one correct on the first try, you get another chance, and a helpful lightbulb icon will give you tips and hints about a choice you’re considering. There are four questions for each wine—grape, country, region and vintage/label—and each question is worth three points.

The first white wine was a gimme, in my opinion. Zesty and aggressively assertive, it really couldn’t have been anything but New Zealand sauvignon blanc. (The other grape choices were gruner veltliner, seyval blanc, gewürztraminer and riesling.)

The regions weren’t trick questions—all were in New Zealand; ditto for the vintage and label. The second white proved to be a bit trickier. I guessed the grape (chardonnay) but deemed it American when it turned out to be from Argentina. (If you guess correctly on the first try, you get all three points for that question. For each wrong answer, a point gets deducted; if you select wrong three times, you get zero points.)

Warming up with ringer wines from distinct regions is a great way for first-time players to get their footing and gain confidence, says Wilder. “After that, it’s fun to throw curveballs with unusual wines once people completely understand how the game works.”

The grapes, countries and regions for the reds were recognizable, but the labels and vintages duped me a bit. Regardless of how you rate, what’s especially fun is that a running ticker at the bottom of the app lets you know where you stand opposed to the other players.

Even though I ended up winning, my husband (who often has a better palate than I do) was chomping at my heels. My brother-in-law and sister-in-law were holding their own, too. This is all to be expected, according to Wilder. “We’ve played with tasters of all levels of wine knowledge, from master sommeliers to casual wine drinkers, and the winners will often surprise you!” he says.

Next up, the team is developing WineGame Pro, which will allow guests at restaurants and bars to play each other. A little friendly competition over your cabernet? Now that’s a grape idea. 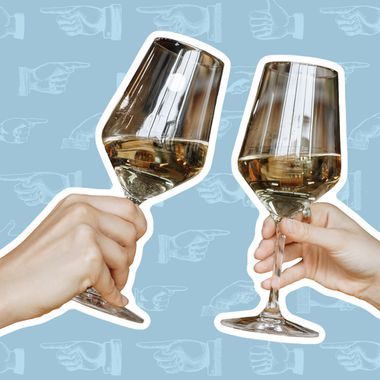 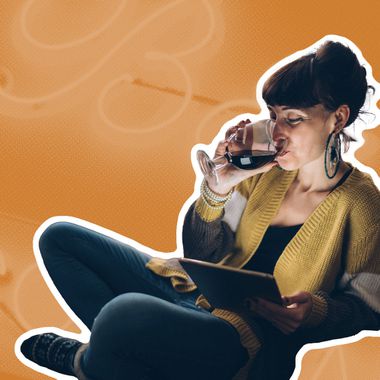 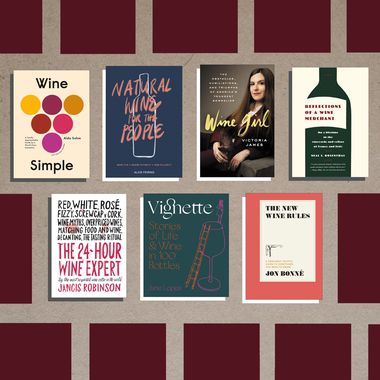 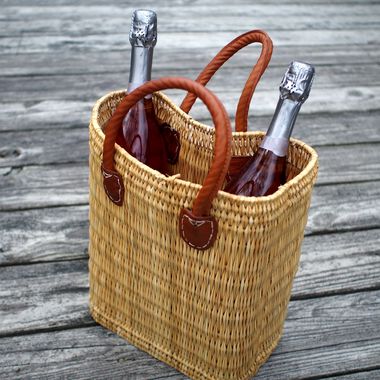