If you’ve been to a major cocktail event in the last 10 years, chances are Willy Shine had something to do with it. From Tales of the Cocktail to Manhattan Cocktail Classic, to food festivals in New York and South Beach, Shine has become the very first guy to call when it comes to making cocktails in giant volumes.

Last year, Shine undertook the biggest event of all: Life is Beautiful, a sprawling music event in downtown Las Vegas attended by approximately 90,000 people. That amounts to 250 bartenders; 60 bars; hundreds of gallons of simple syrup; thousands of pounds of ice.

We caught up with Shine to discuss the massive undertaking, and to pick his brain about events in general, from strategizing menus to prepping for success.

What was your first experience with building a large-format cocktail program?

I came up in this industry at the right place at the right time. I was in New York in the early 2000s and I met the right group of people—the people who were moving this industry forward. People like Dale DeGroff and Steve Olsen. After working in bars for a few years, I created the cocktail program for a nightclub called Bed. It was the first time anyone had done a cocktail program like that in a venue of that size, about 8,000 square feet. I managed that bar and ran the show. Through that job, I became known for doing cocktails in large volumes.

How did you get involved in Life Is Beautiful?

Eve Cohen, who I had worked with on the New York City Wine & Food Festival and South Beach Wine & Food Festival, called me to work on it. The scope was so much bigger than anything that had ever been done before. It posed an incredible challenge, which I liked. I pulled in Leo DeGroff, who is an amazing operator and producer in this industry, and Borys Saciuk of San Francisco. The three of us started to strategize about how we could pull it off.

The organization took months. We had a warehouse for prepping, a warehouse for bottling and labeling batched cocktails and a commissary in the middle of the festival for dispatching pallets of batched ingredients to 60 bars that were spread out across the space. There was a manager at each drop zone to call in for more supplies when needed.

The hardest part was figuring out volume. Since it was the first time we had done this, we created a forecast based on the number of bars and the number of drinks that a bartender could serve per minute, accounting for high traffic times when the biggest concerts were starting and ending. We were within 13 percent of our numbers. That made us pretty proud.

How do you choose which recipes are best for an event?

There are so many factors: your audience, the style of the event, whether or not you’re working with a brand. But the biggest is probably knowing what your bar set-up is. If all you have is a table with a tablecloth, probably best to keep it very, very simple. But if you have a mobile bar, with a full suite of tools and refrigeration, it’s probably ok to get a little bit more creative.

How do you handle perishable ingredients, like ice and fresh juice? Any tips?

Always order more ice than you think you’ll need. If you run out of ice, it’s kind of like a chef running out of fire. It’s the backbone of making a drink, so err on the side of too much. The same goes for glassware. I never assume that I’ll have the time (or the facilities) to wash glassware, so I prepare by having more than I need. When it comes to fresh ingredients, I say “cut corners with integrity.” For instance, if I’m making a sour of some kind, I’ll batch my citrus and simple syrup together, because the sugar preserves the juice and cuts one step out of building my drink. Additionally, instead of muddling fresh herbs or fruits, I make syrups out of them; it’s less of a mess, more consistent, easier to control.

What’s your advice for success when it comes to participating in an event?

Try to get as much information about the set-up and situation as possible beforehand, so you know what you’re walking into and can prepare accordingly. Don’t be afraid to ask questions.

Know your audience and tune your cocktails and volume accordingly. If it’s an industry event with bartenders, you’ll go through a higher volume of drinks and it makes sense to run with a more involved recipe. A consumer audience will drink less; generally, they’ll mingle a bit more.

What are the benefits of being involved in events?

Events are important in that we get to showcase cocktails at mass volume. It’s great to go into a bar and belly up in front of a craft bartender for that experience. But not everybody gets to do that. Adding events to this world means that more people get to experience it and we get to share what we love with a larger group of drinkers. I also think it teaches bartenders to be incredibly efficient while still crafting great drinks. 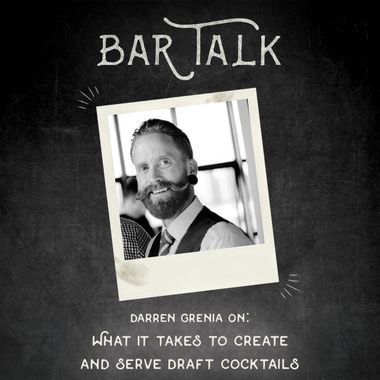 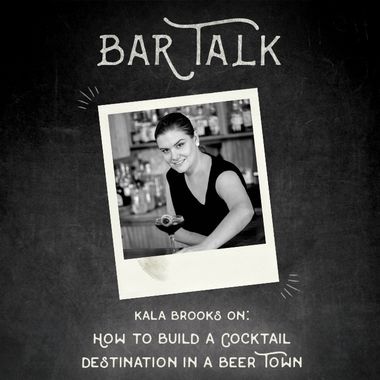