November 1, 2018, was a dark day for the world of whiskey. Dave Pickerell, a longtime distiller who helped grow Maker’s Mark and later went on to influence the burgeoning craft whiskey market, passed away suddenly at the age of 62. It was a tremendous loss for the industry at large. For WhistlePig, specifically, it marked the departure of a master distiller.

Since launching in 2007, the Vermont rye producer had built its standing around Pickerell and his prowess. Beyond just losing a whiskey-maker, the brand was left without its primary ambassador. A year earlier, it had unceremoniously parted ways with its founder, Raj Bhakta. From the outside, it appeared as if an identity crisis was imminent. But a capable crew of successors stepped into place, staying the course. Rather than lamenting the past, they forged ahead with a promising vision for the future. Behold, WhistlePig 2.0.

Phase one was to get new products on the shelf. As luck would have it, Pickerell already had his next project ready to go: a young, yet sturdy, bartender-friendly variation on the flagship rye, priced for cocktails. PiggyBack hit shelves in April of this year at $50 a bottle. The final blend of six-year-and-older whiskey, sourced from Canada’s Alberta Distillers Limited, was assembled by Pickerell’s protégé, 26-year-old master blender Pete Lynch.

“Dave truly helped me solidify my palate and understanding of rye whiskey,” says Lynch. “He would constantly say, ‘You know what I like best about you? We’ve got the same palate. I know the whiskey is in good hands because when you taste it’s just as if I’m tasting it.’”

That’s high praise. And the liquid backs it up. PiggyBack owns much of the same elegant cinnamon and spice that defines its older counterpart. “It’s a whiskey that has been near and dear to my heart,” says Lynch. “It’s the first product we’ve fully released after Dave’s passing, and it warms my heart to be able to fulfill his vision of giving back to the bartending community.” If there were any lingering questions as to whether or not Lynch could cruise comfortably without the training wheels on, this release was a resounding answer.

“Dave’s passing has made the company grow up in a hurry,” says Jeff Kozak, the CEO of WhistlePig since 2017. “We were fortunate in the past to have Dave answer every question. Now we have to look to ourselves to solve problems. Luckily, Pete and our distillery team had spent so much time with Dave that the term ‘WWDD’—‘What Would Dave Do’—is now company jargon.”

Behind the scenes, much of the brand’s runaway success is owed to Kozak. Although he’s not necessarily a household name in American whiskey, he’s something of a luminary in his native Canada. Near the end of a 13-year stint as director of whiskey at Alberta Distillers, he partnered with Pickerell, establishing the eventual supply chain that went into the bottle. Kozak’s name now appears on both sides of the contracts that guarantee the spirit’s provenance into the foreseeable future.

To him, rye is serious business, and he knows that business as well as anyone. But a penchant for playfulness suggests the next era of WhistlePig will be marked by increased experimentation and innovation. They’ve already invested in an on-site sugar shack that doubles as a uniquely Vermont Tiki bar. Here, they’re bottling their own high-grade maple syrup, some of which gets distilled into expensive rum. Though there are no plans to release it to market, it does make for a fine Painkiller.

A broader audience can enjoy whimsical spirits in the form of the estate-grown FarmStock, as that label continues to expand its footprint. The ultimate goal is a 100% showcase of triple terroir, incorporating rye from the brand’s 500 acres of crop, distilled in the 19th-century barn on the property and aged in barrels coopered from its own Vermont white oak.

A big step toward that target was recorded earlier this year, with the delivery of a second custom-made Vendome still. It’s now cranking out new-make whiskey under the direction of distillers Emily Harrison and Meghan Ireland.

Then there’s the ultra-premium Boss Hog series, an annual release of $500-bottle rye that has been finished in everything from Armagnac to calvados barrels over its six-year history. The fourth edition, Black Prince, was named the best whiskey in the world at the 2017 San Francisco World Spirits Competition. Expect Kozak and Lynch to shake up this space later this year with something entirely outside the ordinary.

The folks of WhistlePig 2.0 seem determined not only to build upon prior success but to have fun while doing it. Still, the spirit of Dave Pickerell casts a long shadow over this rustic Vermont farmhouse. Upstairs in his former office, his desk remains as he left it, preserved for posterity. “I’m inspired to continue his legacy,” says Lynch. What would Dave do? We’ll just have to wait and see. 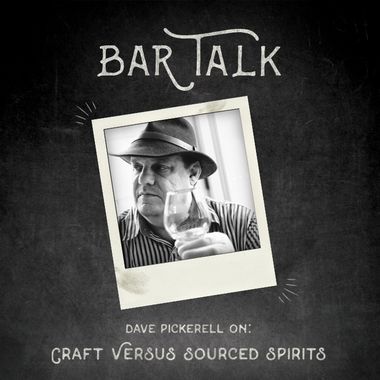