Michter’s Distillery stood bundled in a tailored black wool coat, ready to cut a ceremonial swath of red ribbon in front of the brand’s new distillery and visitors center in downtown Louisville, Ky. The once-crumbling circa-1890 building had been abandoned for more than 30 years. But on this day, with its stately turret like an exclamation point on the success of the city’s Whiskey Row, it teemed with triumph, not just for Magliocco’s Michter’s but for the great comeback of American whiskey in general.

Before 2012, Magliocco didn’t own a single still, let alone more than one, as he does now. The brand’s main distillery, where almost all of its whiskey is currently produced, opened in nearby Shively two-and-a-half years ago. Up until then, Michter’s whiskey was entirely sourced. That is, it was bought from another distillery and packaged as its own.

There are more than a few producers like Michter’s who only recently started getting in on the manufacturing side. Popular brands like Angel’s Envy, Bulleit, High West, Rebel Yell, Templeton and others were all or in part contracted whiskeys from larger companies who make it their business to fortify the supply for demand. These brands saw healthy sales without spending gobs of money to build and staff a distillery. So why go to the trouble and expense if your whiskey is already beloved? As long as you’re transparent about what you’re doing, does anybody really care?

“Consumers are getting more and more savvy and value authenticity,” says Nicole Austin, the general manager and distiller for Cascade Hollow Distilling Co. in Cascade Hollow, Tenn., where George Dickel whiskey is made. “It’s possible to be authentic with sourced whiskey, as long as you’re up front about it.” Dickel rye, however, is currently sourced from Indiana’s Midwest Grain Products (MGP). “We get out front when we talk about Dickel rye,” she says. “It’s an MGP product, and we charcoal-filter it. It’s good and it’s a good value. What’s to hide?”

By now, we’re familiar with the story: American whiskey was all but dead 30 years ago, a victim of the vodka-ization of the bar and spirits world. Then around the early 2000s, we became thirsty for bourbon, rye and the many other forms of American whiskey—and not just thirsty but knowledgeable. Drinkers geeked out over mash bills, still types, barrel chars and the laws that governed their favorite spirit. Whiskey was cool again; it was making money again. And with the sudden spike in popularity came a need to grow supply and quickly.

“It’s impossible to keep brands growing by buying distillate from third parties,” says Chuck Cowdery, a renowned whiskey expert and sometime whistleblower on producers who’ve been less than honest about their practices. Cowdery points out that many of the the large supply houses are either not accepting new contracts or requests for larger-volume orders, leaving brands between a rock and a hard place. “You either go out of business or limit your business, or you start distilling. In every case, it’s the same motivation, with only slight variation, such as with Templeton because they got busted.”

Indeed, Templeton is the cautionary tale of whiskey sourcing. Initially, the company’s bottles stated that the whiskey was made in Iowa via an old family recipe of owner Keith Kerkhoff’s bootlegger grandfather. When it came to light that some of the story was elevated marketing and the whiskey was, in fact, sourced from MGP, a class-action lawsuit was filed. Kerkhoff and his partners not only had to change the wording on their labels to reflect the liquid’s origins, but they also had to pay anyone who purchased the rye since 2006 $3 per bottle. (To his credit, Kerkhoff issued a public mea culpa. As of last year, he and his partners opened a lovely distillery and visitors center in Templeton, Iowa.)

There’s an inherent assumption of hands-on authenticity with small so-called craft distilleries. But the smaller you are, the more you need to get cash flowing so you can afford to buy barrels and buy the time it takes to get a properly aged product that doesn’t taste like you just swallowed juiced wheatgrass.

“You have two choices,” says Lisa Roper Wicker, the master distiller and president of Widow Jane, a Brooklyn distillery that’s no stranger to sourcing controversy. “You can either release white spirits because you’ve got to have cash flow or you can get picked on for releasing whiskey too early. There’s a little thing called payroll.”

When the brand launched in 2012, original owner Daniel Preston was forthcoming about the fact that he was sourcing some of its whiskey. But his labels did not have the requisite “distilled in Indiana” that they needed, as he was buying from MGP and the stuff actually being distilled in Brooklyn wouldn’t be ready to release for years.

He also claimed the whiskey was cut to proof with water from the limestone-laden Widow Jane mine in Rosendale, N.Y. Cowdery outed the withering truth about the Widow—that is, the water may have come from upstate but not the folksy story Preston had initially spun—which brought forth hellfire from torch-carrying whiskey fans of the brand who felt duped.

Samson & Surrey, a Miami beverage company that has been adding high-quality brands like FEW and Bluecoat gin to its portfolio since it launched in 2016, saw an opportunity to rejigger Widow Jane into what everyone initially believed it to be. With full transparency and production ramping up, the brand is starting to shake off its shadowy past and let its good product speak for itself—a much better marketing plan than the first one, allowing it to source openly while the rest of its Brooklyn-made stock ages.

Roper Wicker says the goal is to move Widow Jane to be a 100 percent New York–sourced and –distilled whiskey, with heirloom corn at its heart. Currently, she says she’s working with Peterson Farms in Loretto, Ky., who also supplies heirloom corn varieties to Maker’s Mark, Sazerac and Willett, but also has a partnership with Green Haven Farm near Seneca Lake in New York.

“To be realistic, we want to be all–New York, but we can’t supply the demand right now,” says Roper Wicker. “My plan is to expand the corn project and then expand the distillery, with total transparency.”

While sourcing keeps the lights on, it also allows Widow Jane to have a brick-and-mortar home for future production that people can go visit. And that’s the other part of the answer to the question: Why distill?

“Having a brand home is a big advantage; having a place to bring people to tell your story and have them connect with you is hugely valuable,” says Austin. “For Dickel, we can tell the story, put together a presentation and show consumers what we’re about, but when someone comes to Cascade Hollow and sees what you’re about, that’s a huge advantage.”

Michter’s had actually been a working distillery in Pennsylvania that went dark in 1989 after decades of operation. The name was up for grabs, and Magliocco snatched it up and paid the licensing fee to bring it back to life. While the Michter’s label feels old-timey, Magliocco never set out to sell snake oil. Sourcing just made sense at the time. But now, distilling makes more sense.

“The main reason that we made the decision years ago to do our own facility is because we saw the way the American whiskey business was growing. We were concerned about the ability to maintain really high-quality supply,” says Magliocco. “It’s more about getting the right whiskey.”

The new Louisville distillery is going to be more of an experimental, small-batch facility, suited for trying out new ideas and showing whiskey fans how the process works—a place to visit and, as Austin says, connect. The pretty copper Vendome still sits in the middle room of the refurbished building. It was the one used at Michter’s Pennsylvania facility before it folded, with spirit flowing through it once again.

The 7 Best Whiskey Subscriptions of 2021 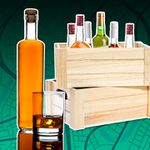 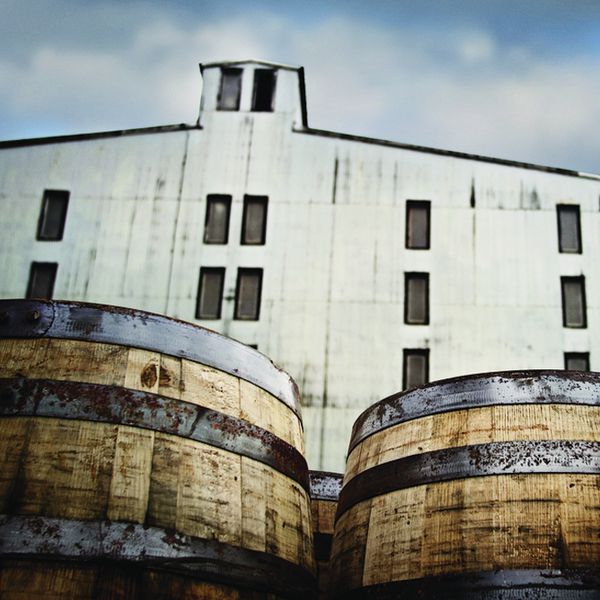 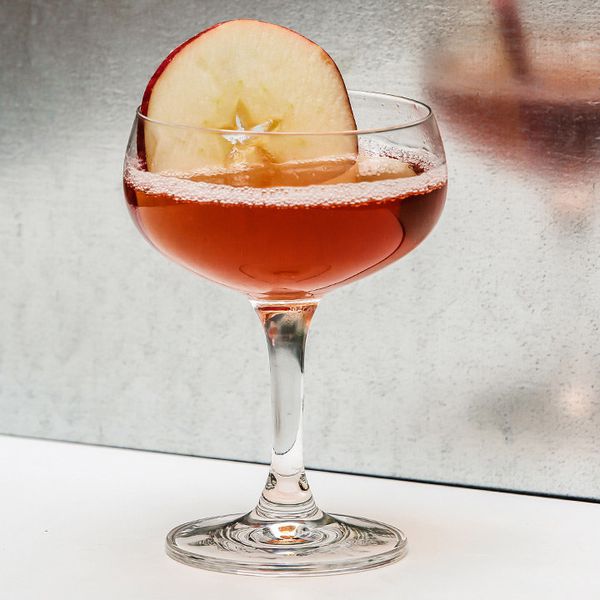