No, Old Tom doesn’t refer to anyone’s great uncle. And it probably isn’t something your grandfather ever drank. This old-timey mother’s ruin, known for its sweet side, dates to the beginning of the 1800s, when gin drinking and making was rampant in England. The gin style all but disappeared at the beginning of the 20th century, partly due to spotlight-hogging London dry gin. Now it’s back in fashion and comes in all colors and flavors. So what exactly is it?

Just as no one knows for sure where the name came from, it’s unclear exactly how it should be made. That’s because there are no real rules. While Old Tom gin must include juniper, like any other gin, clear-cut guidelines similar to those for bourbon or tequila are absent. Old Tom gin can be aged—or not. It can have added sugar—or not. And it can use a neutral base spirit—or not. What is understood is that the distilled endgame falls somewhere between malt-heavy genever and today’s biting London dry gin.

To illuminate the spirit further, cocktail and spirits historian David Wondrich helps explain where the enigmatic gin started and how it’s morphed over the past two centuries.

The Way Back When

“Gin evolved a great deal in the 19th century,” says Wondrich. “At the beginning of the century, it was made from grain, run through a pot still and infused with juniper berries and maybe one or two other spices. The Dutch were masters at making this as they had really good supplies of grain, so they made something that was rather malty and flavorful.”

At the end of the century, however, this product had evolved into something quite different. Because of the difficulty of finding usable grain spirits in England at the time, the English started making gin from as neutral a spirit as possible (like vodka). It was then infused with more botanicals and, for a finishing touch, the addition of sugar. Take away the sugar, and that’s how the modern London dry gin was born.

During the 19th century, Old Tom gin was also often shipped to America and other countries using wooden barrels. “Sometimes they were very neutral barrels, other times a less neutral barrel, which often aged it,” says Wondrich.

The history certainly helps explain the two dominant styles that have emerged in the last decade: a malty, viscous Old Tom gin with a likeness to early-19th-century Dutch gins and a more botanic version sweetened like those that came later in England. Don’t be fooled: There’s as much variation in how Old Tom gin is made now, from sugar levels to the aging process, as there was 200 years ago.

“All of a sudden, a lot of people are making Old Toms,” says Wondrich. “Some people don’t know what they’re doing, and some people are kind of making it up. But I guess that’s historically accurate.”

In 2006, Wondrich helped master distiller Tad Seestedt at Ransom Spirits in Oregon put together a formula for the now-beloved Old Tom gin, based heavily on the earlier styles of the spirit. Many of Wondrich’s cues came from old distillers’ books and studies of the spirit, one of which, Wondrich says, “subjected 12 different brands of Old Tom–style London gin to chemical analysis. Proof and sugar levels were all over the map in both cases.”

In the end, Wondrich says, Seestedt decided to make an earlier, maltier style of Old Tom gin, using a base of malted grain distillate blended with neutral spirit and aged for three to six months in French oak barrels with no added sugar.

As Seestedt himself says, “Malty gins provide a crossover for whiskey drinkers to appreciate gin. What we think of as traditional dry gins are essentially flavored vodka. Malt-based gins are more like a flavored whiskey.”

In March 2015, Catoctin Creek launched Pearousia Barrel Old Tom Watershed gin, which ages a base of its classic rye-based Watershed gin for about a year in old pear brandy barrels and includes about 10% added sugar. And in 2014, Barr Hill released its Tom Cat gin, the base of which is distilled from honey, then aged from four to six months in new charred American oak barrels. 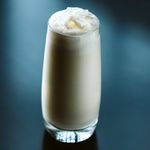 Other distilleries, however, don’t rely on historical accounts and take a more traditional English approach to the gin. James and Miranda Hayman of Hayman Distillers are the fifth generation to operate the distillery. They continue to use the same recipe as when their family first started making Old Tom gin in the 1860s. James Hayman firmly believes the gin should not be aged.

“I think the Old Tom category has become a little bit confused,” says Hayman. “There’s the perception that Old Tom gin should be aged for a period of time. Old Tom gin shouldn’t be aged. It has never had an age statement, and there’s never been a legal requirement to age gin.”

Behemoth gin brand Tanqueray also released its own limited-edition Old Tom gin, drawing inspiration from its own archive of recipes. Another bottling, Anchor Old Tom gin, which is sweetened with stevia, doesn’t use an age-old recipe but follows in the same neutral-base English style as Hayman’s and Tanqueray. 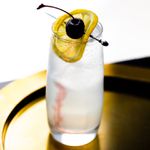 Many of the drinks Jerry Thomas included in his classic book, “Bartenders Guide: How to Mix Drinks,” call for Old Tom gin. The problem, Wondrich says, is no one knows exactly what the Old Tom that Thomas used tasted like. Try one of Thomas’ recipes with three different Old Tom gins now, and you’re likely to get three very different cocktails. Talk about a blessing and a curse.

As a basic guide, Wondrich suggests using the lighter styles like Hayman’s and Tanqueray in cocktails like the classic Martinez and Ramos Gin Fizz, which gives a “leaner but elegant” effect.

Wondrich recommends using the maltier, more robust Old Toms in gin punch, an Old Fashioned or a Tom Collins, saying, “It goes really well with citrus and in simple, elemental cocktails. It’s rich enough that you can do simple things with it.” 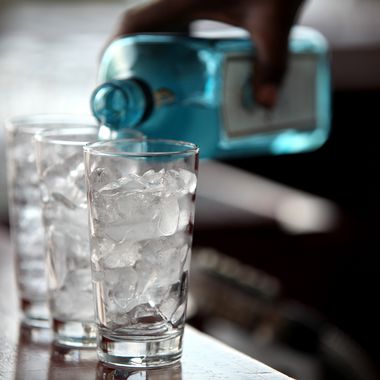 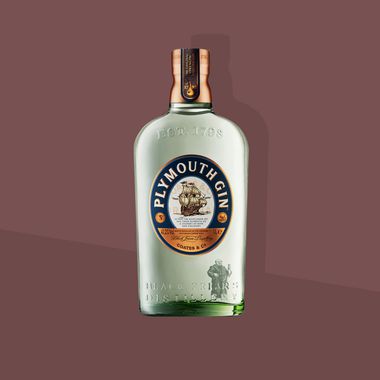 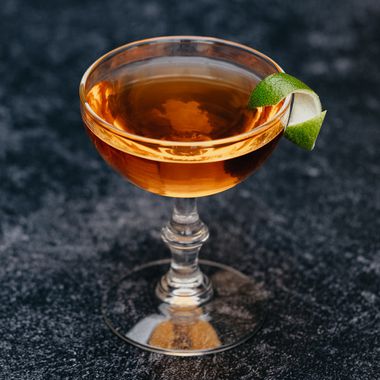