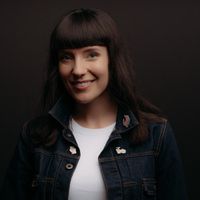 Amanda Gabriele
Amanda Gabriele is a writer and editor based in Brooklyn, N.Y. Her work focuses on food, spirits and travel.
Learn about Liquor.com's Editorial Process

I’m originally from Ohio, home to many great bars and many more grateful drinkers. But if you asked me three years ago to name a bottle of booze made in the Buckeye State, I couldn’t. As much we Ohioans pride ourselves on our sense of community, our locavore culture doesn’t stretch as far and wide as it does in other states.

That’s changing. I recently spent a weekend in Cleveland touring the restaurant and bar scene. On cocktail menu after cocktail menu, I noticed the same two names popping up: Middle West Spirits and Watershed Distillery. They were mentioned in signature drinks and listed as sipping drams, and they weren’t from Kentucky, Japan or the Pacific Northwest. These were local spirits, from right here in Ohio, and everyone was drinking them.

Middle West and Watershed have a lot in common, as it happens. They’re both from Columbus and launched their businesses in the same year. And both distilleries had to overcome the biggest hurdle of all: the state of Ohio’s extremely draconian liquor laws.

“In Ohio, 10 years ago was pretty regressive,” says Brady Konya, the co-founder of Middle West Spirits. “It had some of the most constrained compliance rules in the country with a lot of limitations, not only for the way that we produced spirits but the way that we sold them. The success that any of the Ohio [distilling] companies have seen over the years has been built on the backs of years and years of cooperation between all parties to really cut through red tape and do all of the stuff that’s not necessarily interesting to talk about with retail customers.”

Aside from navigating Ohio’s strict booze laws, the founders from Middle West and Watershed started their businesses with no prior distilling experience. “When we started, we were two guys without any money, and we didn’t know how to distill,” says Greg Lehman, Watershed’s founder and CEO. “Our whole philosophy was to dip our toes in the water and start small. Let’s learn so when we’re making mistakes they aren’t expensive mistakes. And let’s try to get really good at this.”

For both brands, starting a successful business was the goal, but the drive to build their companies was motivated by more than money. When Konya and Lehman launched their brands, they both wanted to become established in the local community and drive the conversation about the future of cocktail culture in Ohio.

Konya met his business partner, Ryan Lang, by chance. They both moved to Columbus to support their spouses, who took jobs at Abercrombie & Fitch and formed an unexpected friendship. “We discovered that Ryan’s technical skill was paired with four generations of bootlegging in his family,” says Konya. “And that bred this very early thinking that if we’re going to be in Columbus for more than a hot second, is there a project that he and I could work on together to give us a sense of purpose here? And there began the story.”

“We didn’t start thinking we’re really going to be trailblazers,” says Lehman. “It was: How do we keep the lights on and get involved in the community? And as soon as we got going, we saw how excited people were around us. We soon realized this is a really cool thing we’ve got going, and it just spurred the energy, the excitement, the creativity.”

Columbus has always been a progressive city in terms of food and drink. Just as the country experienced a cocktail revival in the early aughts, as we stepped away from neon drinks and began to embrace Old Fashioneds and real Daiquiris, the Columbus bar scene came into its own. With the influence and enthusiasm behind Middle West and Watershed, it started to spread throughout the state, to cocktail programs in other cities.

“I remember a conversation back in 2015 with Brady Konya; he proposed a very honest and forthcoming vision of not only the path of the distillery but aspirations that go deep into the blueprints of the future of Columbus and Ohio,” says Mark Toaddy, the beverage director at Bodega, a popular pub in Columbus. “It’s incredible that something as simple as the idea of a glass of vodka can invigorate the spirit to strive to want do greater things.”

Bars have been quick to support the local spirits by featuring them in signature and classic cocktails. “They definitely have changed how we stock the bar,” says Sean Taylor, the head bartender at Columbus cocktail bar Denmark on High. “Watershed’s Four Peel gin has been in the well as our advertised gin in our Gin & Tonic for close to three years.”

And it’s not only Columbus bartenders who are excited about the local brands. “Middle West Spirits’ OYO is our main house vodka,” says Joseph Fredrickson, the owner of Society Lounge in Cleveland. “I love that it uses world-class wheat out of Fostoria, Ohio. We have a lot of people ask for Tito’s, and I try to push them toward OYO. Not only for flavor but because I feel strongly that if we’re going to support a craft distiller, we should support one that supports your local economy.”

Up until about two years ago, Ohio distilleries were not allowed to serve cocktails. But after much effort, the state has relaxed its laws, making it legal to operate a restaurant that serves food and drinks, as long as it’s adjacent to the distilling space.

Because neither brand is one to shy away from a challenge, both Middle West and Watershed opened Columbus restaurants. “We started investing in it before it was even legal,” says Konya. “I can’t imagine as a brand owner not raising my hand and wanting to be a part of that. It’s something that we’ve wanted to do for a long time.”

While the food is one reason to visit these two distillery restaurants, it’s also another way for people to taste the brands’ spirits. Take Watershed’s apple brandy, for example. It’s an exceptional expression, but a lot of people hear “brandy” and immediately think of that dusty old bottle in the back of Grandma’s liquor cabinet. But when people come into the restaurant and see it in a cocktail, they can actually ask about the drink instead of buying a whole bottle blindly.

“Most people don’t know that they like brandy,” says Lehman. “And I think that’s our biggest challenge [with the spirit]. People see it in the liquor store, and nobody is clamoring to spend 40 bucks on a bottle of brandy they’re not sure even what to do with. But then they come in and taste it and say, ‘This is amazing.’ You have to build people’s trust with our stuff and then stretch them out of their comfort zone.”

Another standout spirit is Watershed’s lineup of gins, especially its cocktail-friendly Four Peel expression. “Watershed has definitely changed the way I do gin cocktails,” says Taylor. “Their Four Peel gin really opened the door for citrus-forward gins for me. There are cocktails that benefit greatly from it, such as the Gin & Tonic, Martinez, Last Word and classic Martini.”

A decade ago, Middle West and Watershed began paving the way for Ohio spirits. Their hard work has inspired others to get into the distilling game. One such upstart is 451 Spirits. “What they lack in years they more then make up for with their incredible spirits, namely their Pipe Dream rum,” says Taylor. “It’s the only rum being produced in the state that I’m aware of and one of the best rums I’ve ever had.”

For Lehman, the new competition doesn’t just boost Ohio’s profile in the spirits scene, but it drives Watershed to improve with each passing year. “When we started in the craft industry, there were so few craft guys out there actually producing spirit,” he says. “And now there’s a bunch. In fact, there’s more than 10 times today than when we started. We think it’s going to get harder and harder to separate yourself. You’ve got to continue to get better and better at what you do.”

New expressions and longer age statements are in the works for both brands. Watershed recently released its new chamomile-forward Guild gin, which won double gold at the San Francisco World Spirits Competition in 2018. Middle West relaunched its product lines alongside its 10-year anniversary. But amid all the new projects in the works, the distilleries never lose sight of their vision to be Ohio-first, community-centric businesses.

“We’ve always felt like an important part of the community in Ohio, since the first day we opened our doors,” says Konya. “Our vision to continue to be a part of the homegrown fabric of Ohio’s story will always be at the heart of everything we do.” 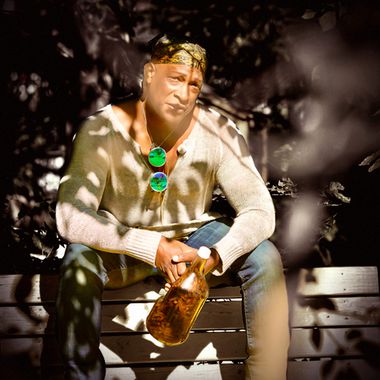