Verjus isn’t quite wine, yet it also isn’t grape juice as we know it. When winemakers have excess grapes on the vine that aren’t going to ripen in time for harvest, or when they want to reduce yields so the resulting grapes produce more concentrated juice, they pick the unripe fruit and immediately press it. The result is a tart elixir that isn’t drinkable on its own but one that can add acidity in a different way than citrus.

“Verjus has an acidity that’s driven more on tartaric acid than on citrus acid,” says Morgan Stana, the bar manager at A Rake’s Bar at The Line hotel in Washington, D.C. “Both make your mouth pucker and deliver that acidity that your taste buds crave, but it’s a different type of punch.” Think of it, she says, as the difference between biting into a tamarind and a lemon wedge. 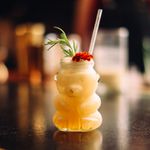 Bear With Me, Honey—made with verjus
22 ratings

How It’s Used at Bars

Verjus is a natural fit within A Rake’s Bar’s organic cocktail program. The staff sources verjus from local Maryland wineries Old Westminster and Black Ankle; Stana says Navarro is a great bottled option as it ships nationally. Verjus is used as the acidifying agent across their cocktail menu, and guests don’t seem to miss that squeeze of lemon. Verjus is used in drinks like the Better Late Than Never, with orange liqueur, agave, saline and honey, and the Bear With Me, Honey, a Bee’s Knees riff that’s shaken with Barr Hill Tom Cat gin, raw honey and an egg white.

Because verjus can be made using the juice from different grape varietals, Stana suggests taste-testing before dumping it into the shaker. “I might get a verjus made from zinfandel grapes one week and gruner veltliner the next,” she says. “It’s important to know your product and taste subtle differences that different harvests and climates can bring.” Because it’s grape-based, verjus works especially well in wine-based cocktails like the French 75, or even a Sidecar.

At Nic’s on Beverly in Los Angeles, beverage director Jason Eisner reinvented the 1990s-era Appletini for the craft cocktail age using verjus, which he has employed in drinks since 2014. “Verjus is gently acidic and very dry, so adding it to cocktails as a modifier for bitterness is really great for balance,” he says. His Appletini gets a one-two punch of tartness as it also contains freshly pressed juice from Granny Smith apples that’s triple-strained through a coffee filter and then mixed with dry pectic enzymes to lend a uniform opacity.

Andy Bixby likes how verjus cuts through sweetness in a way that’s more delicate, rounder and “wider” than the bracing sharpness of citrus. In addition to verjus blanc, which adds bright but delicate acidity, Bixby, the the creative director of beverage for The Imperial in Washington, D.C., also uses verjus made with red grapes.

“It has an astringency and tannic quality, as well as a heavier hold on the palate,” says Bixby. “So already even from an aesthetic perspective, verjus rouge is cooler than citrus.”

The Imperial uses it in several drinks; it allows the bar’s crew to be more creative in a visual way since the cocktails are already clarified without the straining that citrus necessitates. A seasonal nitrogenated zero-proof cocktail mixes verjus rouge with house-made winter-spiced grenagomme and ginger, and an all-grape-based Fortified Mule mixes Château La Croix de La Martingue with Pineau de Charentes aperitif (cognac blended with grape juice and matured in barrels), Yzaguirre Reserva white vermouth, lime bitters and ginger and is force-carbonated and served on draft.

Unless you have access to excess grapes on the vine that you can cut and immediately press, making your own verjus is not practical, says Bixby. He relies on Fusion verjus from Napa but suggests looking to local varieties for interesting single-varietal versions.

He finds verjus to be super versatile and has yet to encounter an ingredient with which it clashes. “That said, it’s definitely not a one-to-one replacement for something like lemon juice or lime juice.” Up the amount to balance out the sweetness of a traditional build, or use a two-to-one ratio of verjus to sweetening syrup. Eisner agrees: “As long as you use verjus as the supporting cast, it can really make all the other flavors of the cocktail pop.” 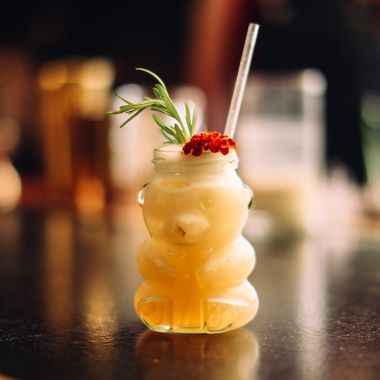 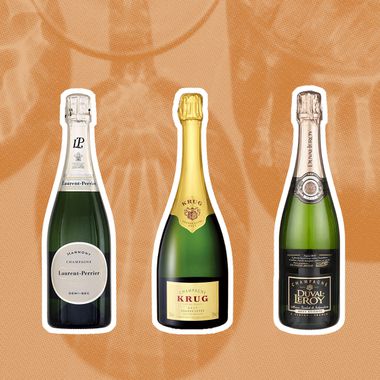