Even though their vibes might be similar—palm trees, flamingos, pineapples—tropical and Tiki are two very different styles of cocktail. Of course, Tiki has has had its renaissance, but now bartenders are looking to the tropics, both in the Caribbean and in cities a bit farther from the beach, for further inspiration.

At San Juan’s JungleBird, managing partner Chuck Rivera, along with Leslie Cofresi and Robert Beredecia, has developed a menu that makes the distinction as crystal clear as white rum. One side of the menu offers Tiki cocktails, while the other is tropical. “Most people confuse Tiki with tropical, and that’s where our inspiration came from,” says Rivera.

Despite the location, there hadn’t been a bar offering craft-caliber tropical cocktails on the island. If you were sipping a Piña Colada, Puerto Rico’s signature tropical invention that is often mistaken for a Tiki drink, it was probably made with mix in a blender.

“Tons of people use premixed beverages to make it, so we did it from scratch, shaken not blended, and served over pebbled ice,” says Rivera.

The tropical side of JungleBird’s menu skews lighter in flavor and more local in its ingredients. “Tropical drinks are refreshing, light and crisp on the palate with fresh, fruity notes,” he says. “Tiki, on the other hand, focuses more on robust flavors and rich textures.”

In a tropical bar, you won’t find over-the-top glassware and garnishes of the Polynesian Tiki style. You’re more likely to see Highball-inspired cocktails based on how people in the Caribbean drink on a daily basis: rum with tamarind juice; scotch with coconut water; vodka with soursop juice.

To develop a familiar atmosphere, JungleBird sticks to a Puerto Rican aesthetic, with a touch of Tiki. “We fused it with our idea of tropical—the flora, fauna and native Taíno Indian culture,” says Rivera.

“The Caribbean had its own native mixological traditions, before Tiki,” says Rafa García Febles, a drink history obsessive and bartender at New York City’s Covina. Cuba, where the Mojito and Canchánchara originated, had the most developed drinks, constituting what he calls a “parallel canon” to Don the Beachcomber’s style.

Lumping tropical drinks in with Tiki “erases the important contributions made by Caribbean drink makers,” says Febles. Bars like JungleBird are undoing the shallow understanding of all tropical-style cocktails as “vacation drinks” by reclaiming the distinction.

In Brooklyn, Diamond Reef (from the team behind Attaboy) has cultivated a tropical style without pursuing too much headiness. Instead, it’s a means of taking a more casual approach to high-end cocktail culture.

“We think of the vibe as being tropical but not Tiki,” says managing partner Dan Greenbaum. “There are lots of plants, wood and neon, but there’s no bamboo, elaborate garnishes [or] blender drinks. Our philosophy is very much ‘less is more.’”

A few of Diamond Reef’s recipes allow you to pick your favorite spirit in many of the drinks, a far cry from the buttoned-up style people had come to expect from cocktail bars during the earlier part of this century. That’s also the case at Manhattan’s The Happiest Hour, another bar that self-identifies as tropical as a means of being more laid-back and approachable.

Cane & Table in New Orleans, though, seeks out pre-Tiki tropical cocktails in a more serious way; it’s paying homage to the traditions JungleBird is pointedly seeking to revive. Both bars show that this style isn’t soley for poolside imbibing, but a thoughtful and historical approach to drink-making on par with cocktails developed outside of the Caribbean. 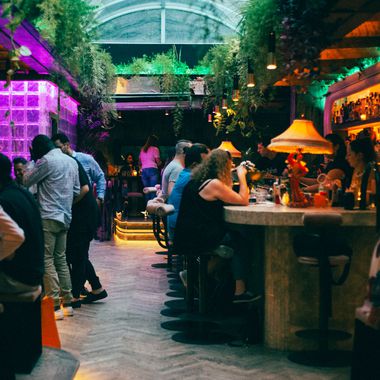 5 Reasons Why Montreal Is a Great Canadian Drinking City 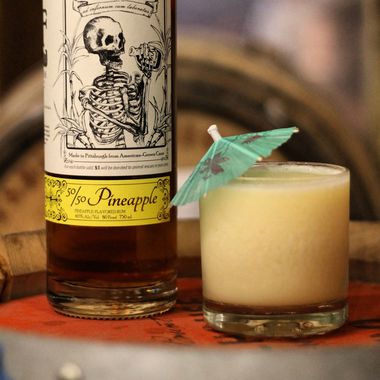