No, not all vodka tastes the exact same.

While vodka is usually associated with Russia and many Eastern European countries, it’s also the number one selling spirit category in the United States. But despite the popularity of this crystal clear spirit, it’s still quite misunderstood. To dispel some of the most common misconceptions, we asked Tony Abou-Ganim, an all-star bartender and the author of "Vodka Distilled," for help. These are the five most common myths he hears, along with the truth.

1. All Vodka Is the Same

This might be the most widespread—and inaccurate—myth about vodka. A large part of it comes from the concept that vodka doesn’t really have a distinct flavor, especially after decades of advertising using “smooth” as the one descriptor for vodka. In reality, the spirit reflects where it comes from and what it was distilled from. “Traditional-style vodkas, primarily from Eastern Europe, are much more assertive, robust and celebrate their raw ingredients,” says Abou-Ganim, while “the West produces a much softer, more approachable vodka.” Anyone who tries, for instance, the Icelandic Reyka vodka, Poland’s Monopolowa vodka, or Ketel One from the Netherlands would likely be able to tell the difference between each, even if those differences are subtle.

No, All Vodkas Do Not Taste the Same 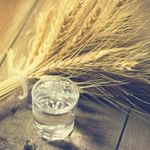 We hear this from a lot from both brands and consumers. But according to Abou-Ganim, this isn’t true. For one, each company defines exactly what constitutes a single distillation, and every distillery is set up differently. And if a vodka is overdistilled, there’s a risk of stripping out all the “flavor, aroma and character of the base ingredients,” he says. What you’re left with is essentially pure alcohol.

Recently, the trend has started to move away from that, as brands lean into their products’ individual identities. For instance, Fog Point Vodka from San Francisco’s Hangar 1 Distillery uses both California grapes and fog that the company catches and distills from the adjacent bay’s air. And Iceland’s Reyka proudly reports that its vodka is distilled only once, through a Carter Head still.

3. Vodka Is Always Made from Potatoes

While vodka can be distilled from potatoes, as with the Swedish Karlsson’s Gold, it can also be produced from pretty much anything. Many vodkas are made from rye, others from corn or wheat. The French Ciroc is grape-based, as is VIDO Vodka. Much of the vodka crafted in the U.S. is made from corn, wheat or other grains. Generally, vodka is distilled to a high enough proof during distillation that the overt characteristics of the base products don’t really come through in the final product, though traces of them can. 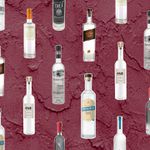 4. You Don’t Need to Buy Good Vodka for Cocktails

When it comes to mixing a Vodka Tonic or a Lemon Drop, there can be a temptation to go with a bottom shelf plastic jug of vodka. However, with drinks with so few ingredients like those, any flaws in the vodka are sure to shine. Even in drinks where the flavor of the vodka is largely masked, Abou-Ganim cautions against going too cheap with the spirit. “I can’t promise you will always be able to taste the difference in the final drink,” he says. “But if you drink enough of it, you will certainly feel [the difference] the next day. Life is too short to drink cheap, poorly distilled vodka!”

While it’s never a good call to go for the cheapest stuff on the shelf, it doesn’t mean you have to go for the most expensive bottle either. Often, prices are based more on branding and image than they are on the quality of the product. So how much should you spend on vodka? It’s a tough question, since the price tag isn’t an accurate indicator of quality. The best way to find the right price point and bottle for yourself is to try around, says Abou-Ganim. “Do your homework: Taste as many vodkas in as many different price ranges as possible,” he says. “I’ve tasted wonderful bottles of $12 vodka and wonderful bottles of $50 vodka.” 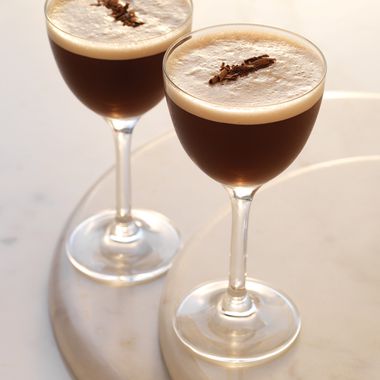 How to Mix Vodka Cocktails the Right Way 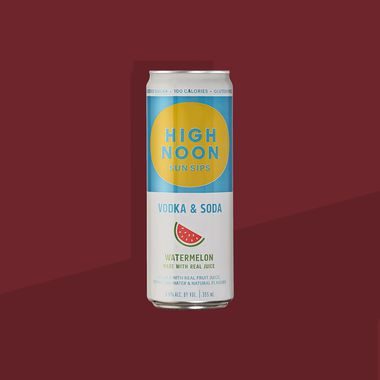