There are still many misconceptions about the country’s whisky.

It’s no secret that bourbon and Tennessee whiskey are huge sellers in the United States and beyond. But there’s another North American whiskey that is almost as big in the U.S.: Canadian whisky. The neighbor to the north has a long history of making spirits, but there are many well-entrenched misconceptions about the country’s liquor. To avoid an international incident, we decided to debunk a few of the most common myths about Canadian whisky. Fortunately, Don Livermore, the master blender for Corby Distilleries, which produces Wiser’s, Pike Creek and Lot. No 40, is here to help.

One of the harsher, more unfounded accusations of Canadian whisky is that it’s too light and one-dimensional to even be considered a proper whisky. “There is a perception in the whisky industry that Canadian whisky is very light and is known as the brown vodka,” says Livermore. “But in reality, Canadian whisky can be quite dynamic and complex.” As proof, there’s a large selection in Canada of whiskies aged in a range of barrels and made from a variety of recipes—just like whiskies from other countries. Many of these compelling bottlings are finally being exported across the border, though a few remain only in Canada.

While there was some Canadian liquor that found its way to the States during Prohibition—when U.S. distilleries were largely closed—it apparently wasn’t much of a boon for the country’s distillers. After all, bars were still mostly closed, and liquor sales illegal. “Within a 10-year period, a salesman, Harry Hatch, bought four of the five largest whisky distilleries in Canada: Wiser’s, Corby, Hiram Walker and Gooderham & Worts,” says Livermore. “Harry had some means to sell product into the United States illegally, but, in truth, for a salesman to have the capability to buy most of the industry leaders meant times were not all that good.”

There’s only one law for producing Canadian whisky: It must be fermented, distilled and aged in Canada. There are no laws dictating what grains must be used, unlike bourbon which requires a certain amount of corn, or single malt scotch which, naturally, requires malted barley. Canadian whisky is often made from several different grains including corn, rye, and malted barley. However, also unlike bourbon or many other styles of whiskey, each different grain type is generally fermented, distilled and aged separately. They’re only combined at the end before bottling, which means the amount of rye whiskey added to each blend can vary widely. 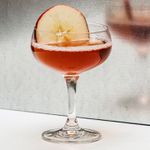 4. It’s Only for Canadians

Not only has America been a very strong market for Canadian whisky recently (according to the Distilled Spirits Council of the United States, nearly 18 million nine-liter cases were sold in the U.S. in 2018), but we also helped create the category. Thanks to the Civil War shutting down distilleries, plenty of whiskey pioneers like JP Wiser, Hiram Walker, Henry Corby, William Gooderham and James Worts opened businesses in Canada. As a result, “by 1900, the Gooderham & Worts distillery in Toronto was one of the largest distilleries in the world, producing 2 million gallons annually,” says Livermore.

Another persistent myth about Canadian whisky is that the category never changes or evolves. For some distilleries, that’s somewhat accurate—Livermore admits that Canadian distillers “have a long history of quality products that have been made the same way for a number of years.” But tastes have changed with each generation, and “the category is set up in a way that allows for many types of whisky styles.” The popularity of new straight rye, spiced and small-batch whiskies proves his point, as do new distilleries that have popped up in the last decade. So while you can still enjoy a Crown Royal in its iconic violet bag, there are plenty of other options. 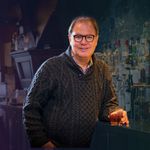 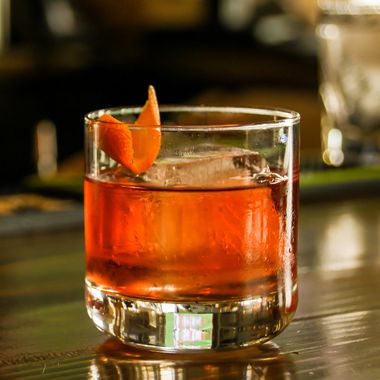