As the whiskey explosion continues to surge, there’s one category of brown spirits that often seems to be overlooked: Tennessee whiskey. This is odd, considering Jack Daniel’s dominates much of the whiskey market worldwide, a perennial top seller that makes hundreds of millions of dollars for its parent company, Brown-Forman. Perhaps the popularity of Jack is also its weak spot, as the whiskey is frequently thought of by spirits snobs as either Keith Richards’ substitute for water or a frat house chaser after pounding a beer. But this undeserved reputation is beginning to turn itself around thanks to a number of exciting things from Jack, as well as new releases from other Tennessee distilleries, including George Dickel, Popcorn Sutton and Corsair.

One of the key things to understand about this category is what’s legally allowed to be called Tennessee whiskey. Since 2013, state law defines Tennessee whiskey as a spirit that is distilled in Tennessee from at least 51% corn, is aged in new charred oak barrels and has undergone the Lincoln County process, filtering the new-make spirit through layers of charcoal before barreling. A special exception in the law was made for Prichard’s, which makes a Tennessee whiskey that doesn’t go through the charcoal filtering process. The law received full support from Jack Daniel’s, but Diageo (which owns Dickel) and some smaller distilleries were against it, arguing that it limited their ability to create and innovate while still distilling what they consider to be a Tennessee whiskey.

“It probably comes as no surprise that Jack Daniel’s solidly supports the Tennessee whiskey law,” says master distiller Jeff Arnett. “Having been in business for over 150 years, we have an appreciation for how similar laws have served scotch whiskey, bourbon, tequila, cognac and Champagne in helping to define the processes by which these products are made and also promoting consumer trust and understanding.”

“As [the Tennessee whiskey] category grows—and we have more distilleries in this state now than we’ve ever had—I do feel like it’s a good thing that we have regulations in place, just like everybody else, what defines us and what makes us special,” says Alissa Henley, a former master distiller for Dickel and now just weeks into her new job as master blender for Popcorn Sutton.

For most of its existence, Jack Daniel’s used a single recipe to make one lone product, the iconic black label Old No. 7. The brand eventually did release expressions like Gentleman Jack and flavored whiskey but has recently gone even further, releasing a single-barrel collection: Single Barrel Select, Single Barrel Rye, Single Barrel Barrel Proof and Single Barrel 100 Proof. These are fine whiskeys with flavors that are much deeper and more complex than Old No. 7.

George Dickel has several expressions of Tennessee whiskey available, all of which undergo the Lincoln County process, even the rye distilled at MGP in Indiana, and are “handmade the hard way,” a slogan the distillery likes to use. “The category is growing, and many new distilleries have opened in the state, creating more visibility,” says national brand ambassador Doug Kragel. “George Dickel has and will always stick to our roots of hand-crafted, quality Tennessee whiskey. That in itself gives us credibility in the market.”

The newest Dickel expression, and one that has proven quite popular, is the limited-release 17 Year Old, available at the distillery and select Tennessee retailers. The backstory here is that the liquid came from some forgotten barrels gathering dust in the distillery. Whatever the truth is, the whiskey is a rich, caramel, deep brown, easy-sipping spirit that will please fans of older whiskey.

Popcorn Sutton was a Tennessee moonshiner who rose to fame after being featured in several documentaries, including Discovery Channel’s series Moonshiners. He was arrested after an ATF raid on his property, convicted and sentenced to 18 months in prison but committed suicide before his sentence could begin. In 2010, the Popcorn Sutton brand was created, and former Dickel master distiller John Lunn came over in 2015, joined by Alissa Henley about a year later.

“It’s a new challenge to take something small and see it grow,” says Henley. “I kind of did the same thing with Dickel when I started—just took on this small brand and tried to bring more awareness to it.” Popcorn Sutton’s main expression is its white, unaged whiskey, which doesn’t undergo the Lincoln County process and therefore cannot be called Tennessee whiskey. “Quite frankly, we don’t want to change that just because of what it is,” says Henley. “[Popcorn] thumbed his nose at rules and regulations ... and that’s what we want to stay true to.” A limited-edition three-year-old whiskey was released, and now Henley is working on new expressions, including a label called Avery’s Trail that she says she will have much more flexibility with.

The most experimental of the Tennessee whiskey brands, and also one that cannot be legally labeled as such, is Corsair. It releases what it calls “seasonal and experimental” spirits that range from a Triple Smoke malt whiskey to an aged Ryemageddon to a whole range of spirits that play with grains, flavoring and aging techniques.

“We make new innovative whiskeys that to our knowledge have not been made before,” says owner/distiller Darek Bell. “Our goal is to push the boundaries of whiskey making, using alternative grains and malting and smoking our own grains with unusual new smoke flavors.” He says the distillery supports the legal definition of Tennessee whiskey, despite not being concerned about fitting into the boundaries. “We do not make a traditional Tennessee whiskey and so do not really have a dog in that hunt. We do believe Tennessee whiskey should be different than Kentucky bourbon, and we have supported the more strict definition.”

10 of the Most Famous Whiskey Drinkers in History 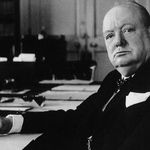