There were motley career paths Brittini Rae Peterson, the 2015 winner of the professional Speed Rack competition, toyed with pursuing while growing up.

She imagined herself, say, a flight attendant or an astronaut. Bartender was never one of the considered professions. Then the Idaho native indulged her love of Shakespeare and Molière by swapping a liberal arts college for a New York acting conservatory, and the, well, stage was set for a future more unpredictable and compelling than the theater.

Like many a cash-strapped actor, Peterson turned to drink-slinging in between auditions. Amid a high-volume, nightclub setting at the Hotel on Rivington she cranked out a plethora of uninspired vodka sodas. “If someone ordered a strawberry Mojito, I gave them a look. That was way too complicated. It was just burn and turn stuff then,” Peterson remembers.

How quickly her repertoire changed. Last month, Peterson, who now makes her home in Los Angeles, was crowned this year’s winner at Speed Rack, the annual, high-energy charity competition launched by Lynnette Marrero and Ivy Mix that pits some of the country’s fastest and most skilled female bartenders against each other in the name of breast cancer research.

Ever since landing on the West Coast in 2010, Peterson’s passion for bartending has evolved. “In New York, taking a $25 cab to get home at 7 a.m. every day as my boyfriend was leaving for work wasn’t emotionally healthy for me—especially because I had no interest in being a part of the cocktail community and didn’t have a support system,” she reflects. Once she was ensconced on the opening bar team of the Soho House West Hollywood, however—“they asked me to make a Negroni and I remember my dad used to drink them so I guessed by the color and they hired me”—Peterson began to appreciate the nuances of the drinks world. “I used to think a Margarita was tequila and sour mix. I didn’t know there was so much history behind it or that its impact on global culture was so huge. I learned there was a method to the madness of the bar,” she explains.

If Soho House grounded Peterson in technique, it was Giovanni Martinez at Fig & Olive who taught her to break all the classic rules. “He told me that a bramble is great but what about putting mezcal in it instead of gin?” she points out. After working as a manager at the now-shuttered Tar Pit, she headed to Ink to work with chef Michael Voltaggio, “where he taught me that anything you can do with food you can do with drinks. I thought I had made a good one and he’d literally say, ‘This is disgusting. Fix it.’ He has one of the best palates I’ve ever encountered—and no one made me work harder.”

Peterson, who further propelled her career presiding over the bar at Beverly Grove hangout Goldie’s, eagerly splits her time these days between whipping up libations at the Melrose Umbrella Co. in Fairfax and spreading the cocktail gospel as one of Collectif 1806’s “thirsty revivalists.” She’s never looked back on those grueling days as a “five lines and under actress because we can be who we want to be as bartenders. We want to help each other and actors want to hurt each other. The longer I live in L.A., the happier I am to work on the other side.” 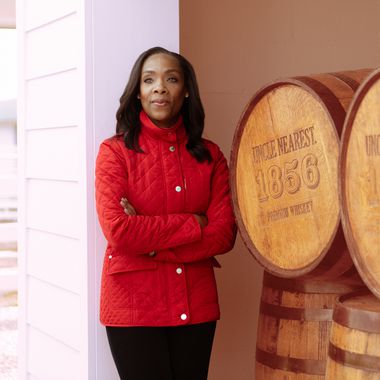 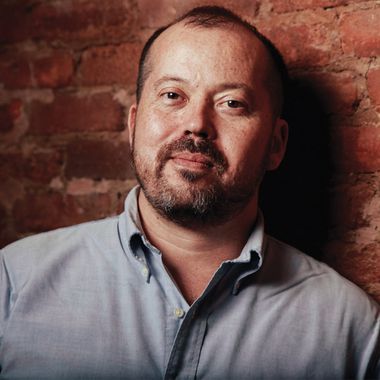