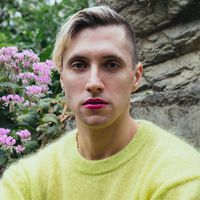 Tall, pink, fruity, a little bitter—I see something of myself in the Singapore Sling. And maybe that’s the reason it has held my affection for more than a decade.

The first recipe I learned was when I worked at NYC’s PDT. It contained pineapple juice, gin, Bénédictine, Cherry Heering, lime, grenadine and Angostura bitters. It was love at first sip—a moment I still remember.

Six years ago, I had the chance to visit Singapore for a consulting client. While there, I indulged my fascination by drinking as many different Singapore Slings as I could. I was on a mission not only to find the most classic version but also the most delicious. This quest took me to beach clubs on Sentosa island, the rooftop pool of the Marina Bay Sands and a private capsule of the Singapore Flyer, where my husband and I sipped Slings and danced to Lady Gaga while onlookers snapped photos as if we were celebrities.

Naturally, I ended up at the Long Bar of the Raffles hotel, the birthplace of the Singapore Sling. It was here that I found the best and worst Singapore Slings of my adventure. The worst? One made with a premixed batch that tasted like stale Hawaiian Punch and substandard gin. It was the “classic” that most people ordered. The best? A Singapore Sling made with a “call” brand (I chose Martin Miller’s). It was delicious—the perfect concoction. I could discern the individual ingredients, but they all gave rise to an emergent Singapore Sling-ness, which to me is the sign of a great recipe executed with perfect technique and ingredients.

Since then I’ve watched as the cocktail world rediscovered classic cocktails: Daiquiri, Last Word, Negroni. The bar community coalesces around a standard recipe, as close to the original as possible, based on exhaustive historical research and trial-and-error. This is often followed by breathless trend pieces and longevity in the modern cocktail canon. I waited for the Singapore Sling to have its moment, but that moment never came. Why, I wanted to know?

I took this question to social media, where members of the drinking public quickly declared their love for the Singapore Sling. Bar professionals weighed in on their preferred recipes and experiences with the drink.

Nick Diedrich of Manolito in New Orleans got his first Sling order during a stint in London, and made a version popularized by cocktail historian David Wondrich. It consisted of an ounce each of gin, Cherry Heering, Bénédictine and lime, with club soda and a dash of Angostura bitters—no grenadine or pineapple. This was quickly sent back by the guest along with an education on what many consider proper: the pineapple-and-grenadine version. 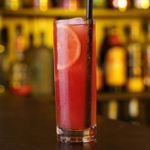 Ted “Dr. Cocktail” Haigh’s article “The Genealogy and Mythology of the Singapore Sling” (in Jared Brown’s book “Mixologist: The Journal of the American Cocktail”) tells us that a true Sling is a mixture of rum, sugar and water that dates back to 1675. The missing link between this and our current Singapore Sling is the Straits Sling, something closely resembling the historically accurate Wondrich version.

So, are there two original recipes? Is this why the Singapore Sling has never had a moment? If no one knows what it’s supposed to taste like, how can it become a phenomenon?

Perhaps authenticity doesn’t always mean what we think it does. Singapore’s Long Bar has since reopened with a new approach to this question. I spoke with head bartender Priscilla Leong, and she explained their philosophy. 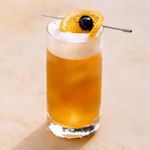 “The evolution of classic cocktails and how they are made, or even what they are made with, is a great reflection of social and economic changes over time,” says Leong. “Recorded history is important, but being authentic is also about being there in that moment itself.” Rather than unearthing a center, they created a new one. Rather than staying true to legend, they sought to stay true to experience. Their revitalized recipe stays true to the tall, pink pineapple-and-grenadine variation.

In Haigh’s definition, this Singapore Sling is not technically a sling and not really true by Wondrich’s account, either. How interesting is this bit of arcana? Is it ultimately holding the drink back? With the cocktail’s birthplace reestablishing an authentic center, is the Singapore Sling now ready for its star turn? We’ll see. 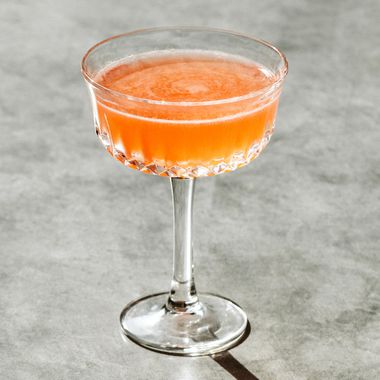