Making a good sugar syrup for your cocktail isn’t rocket science. Yet so many drink mixers, amateur and professional, flat out get it wrong. The mix of sweetener and water is as important to the balance of your drink as the spirit choice and preparation method. A well-made syrup can affect the body and texture of a cocktail, turning a simple sour into something spectacular. These are five basic sugar syrups and the cocktails that best represent them.

Cane syrup is used in a lot of bars but often not in its most authentic form. Typically, bartenders will source organic cane sugar in its crystallized form, and the results taste similar to a simple syrup. But anyone who has made cane syrup from actual cane juice will tell you it will transform your cocktails.

“Sugar cane is essentially just a tall, perennial grass,” says Lauren Myerscough, the cofounder and CEO of Cocktail & Sons. “Its freshly cut stalks are pressed for their juice, and that’s cane juice.” Cane juice tends to be a bit earthier and grassier in character. “Boil that cane juice in open kettles for a while to take down the moisture content, and you get cane syrup,” she says. “In a cocktail, it adds body and depth, contributing those toasted sugar notes. It’s perfect when you’re looking for something more than a simple syrup but subtler than turbinado or molasses.” For making this cane syrup, Myerscough recommends a company in Baton Rouge, La., called Alma Grown that sells fresh pressed cane juice. 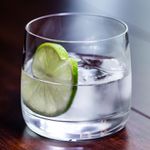 With notes of molasses, toffee and coffee, demerara syrup pairs well with dark spirits. “Demerara is a staple for many Tiki-style cocktails, but its notes of toffee and caramel also make it great for bourbon drinks and brandy drinks,” says Matt Dorsey, the beverage director at Studio ATAO in New York City. “I also really like using it in coffee cocktails, as it adds a richer, deeper flavor than traditional simple syrup.”

In both its two-to-one and one-to-one (sugar to water) ratios, demerara syrup adds a bit more depth of flavor than your standard simple syrup. Depending on what your needs are for the cocktail, either ratio will suffice. Take your weight of sugar and water, combine in a pan on a stove top, and heat on a light simmer until all the sugar dissolves, then cool before bottling. 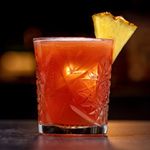 Derived from palm trees, palm sugar is one of the lesser-used sugar syrups in the cocktail sphere. It’s commonly used in Asian, Middle Eastern and North African cuisines and has begun to make its way into cocktails as more culturally focused bar concepts have begun to pop up. “I’ve always been obsessed with finding a new interesting sugar for rich syrups, because sweetness and viscosity are such key components of cocktails and so often overlooked,” says Marlowe Johnson, the beverage director at Flowers of Vietnam in Detroit. “I tried muscovado, piloncillo, Okinawa black sugar—amazing! But palm sugar is my favorite. Vietnamese palm sugar syrup acts very similarly to turbinado but is more golden in color and has this amazing natural cotton candy flavor. Really cool stuff.”

It’s fairly versatile in that it plays well in various types of sours, Old Fashioned-style cocktails, Tiki drinks and more. But because palm sugar comes in lumps as opposed to the refined bag of sugar that we’re used to, it’s a bit trickier to work with. “We take solid bricks of light gold palm sugar—duong thot not in Vietnamese—and process two parts by weight of sugar to one part by weight of water with 1% total weight salt,” says Johnson. “Because of how incredibly dense and full of molasses the bricks are, we break them down in a space pot over low heat. When cooled, it takes on an amazing texture—dense and rich but with a silky mouthfeel. The cotton candy notes are no joke; its immediate and recognizable, with a little balminess and salinity.”

Honey is a sweetener that doesn’t get as much attention in cocktails as it should. “Honey is a really versatile ingredient depending on the type you’re using,” says Dorsey. “The more common varieties, like clover or alfalfa, are great for light, bright and floral cocktails. They’re also a great choice if you want to infuse the honey with another flavor like lavender, thyme or jalapeño.”

“Orange blossom honey is a nice complement to citrusy drinks, whereas buckwheat honey (my personal favorite) has a rich, savory and earthy flavor that makes it a great choice for dark spirit cocktails,” says Dorsey. “For honey [syrup], I like to use a three-to-two ratio of honey to water. Even though honey is sweeter than white sugar, it loses its viscosity, and the flavor can be a bit muted at the traditional one-to-one ratio. 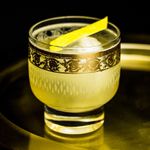 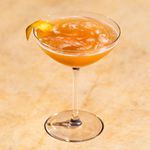 Or in a Brown Derby.
86 ratings

Most commonly used as a sweetener in cocktails that feature an agave-based spirit, agave syrup also works well in other applications. “It can be quite easy to think that agave only belongs with agave spirits, but it’s also great with flavor-neutral ingredients such as vodka, as it lends a little more color to an otherwise blank canvas,” says Erick Castro, the co-owner of Raised by Wolves in San Diego. Agave syrup is optimal in cocktails where you don’t want the sweetness to come through on the finish but still need it to balance a sour, or bitter, component.

“The easiest way to make it at home is to mix two parts of agave nectar with one part of hot water (by volume) and stir well,” says Castro. “This should roughly bring you into the same level of sweetness as one-to-one simple syrup. Once you are done, be sure to bottle it and let it cool off before you mix with it. It can last for up to two weeks in the fridge, but I recommend using it sooner, as it tastes best within the first few days.” 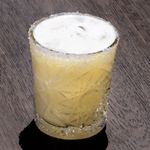 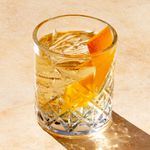 Or in a Oaxacan Old Fashioned.
58 ratings