In the world of serious rum appreciation, a movement has emerged. The unsatisfactory categories of “white,” “gold” and “dark” rum no longer cut it, say aficionados. A new rum classification system is needed, they say, and several experts have taken it on themselves to create it. The most widely recognized (and hotly debated) is the Gargano Classification System, designed by Luca Gargano of Italian distributor Velier, with the help of master distiller Richard Seale of Foursquare Distillery in Barbados. The Gargano system is modeled on the Scotch whisky schema of single malts versus blends. It has been adopted by a handful of brands, and Seattle’s Rumba recently added a Gargano breakdown to its rum list.

“I’d been wanting to do it for a while. ... It’s the forward-thinking way to look at rum,” says Kate Perry, the general manager at Rumba, about the bar’s recent adoption of the Gargano system to its rum list. “A lot of people don’t know anything about rum. This sets up educational building blocks for consumers. But it’s also great for people who know quite a bit because they don’t have to search through the islands [as most rum lists are broken down]. I’m hoping it will deepen the understanding of what rum actually is.”

Like scotch, the Gargano framework is based on production method. It identifies rum made in a pot still from molasses at a single distillery as “pure single rum.” “Single blended” is a blend of pot- and column-distilled rum from a single distillery. Traditional rum is distilled in a Coffey-style still; something labeled simply “rum” is made in a multicolumn still. Agricole rums, made from fresh-pressed cane as opposed to molasses, have their own categories. There’s no reference to country of origin within the system because, as the logic goes, a pure single rum has little in common with a mass-produced rum darkened with caramel, even if it hails from the same island. Above all, there’s no reference in the Gargano system to color.

Curious Why Rum Popularity Is Booming? This Is the Book for You. 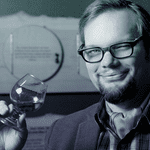 “The old terms light and dark are misleading and don’t transmit any information to the consumer,” says Martin Cate, the owner of several rum-centric bars (Smuggler’s Cove in San Francisco, Lost Lake in Chicago, False Idol in San Diego and Hale Pele in Portland, Ore.) and author of the James Beard Award-winning book “Smuggler’s Cove: Exotic Cocktails, Rum, and the Cult of Tiki” (Ten Speed Press, $30). “They’re about as meaningless as red wine would be to cover the breadth of wines [that fall under that umbrella] by virtue of being red.”

White rum can be aged, then filtered clear, he explains; amber rum can be barrel-aged or artificially dyed. Labeling requirements don’t necessarily ensure that the consumer can tell the difference. Specific countries and regions have tried to address this. Martinique’s rhum agricole has a French Appellation d’Origine Contrôlée (AOC) designation, which clearly outlines production methods and labeling requirements, and Jamaica is about to approve a geographic indicator (GI) for its country’s rum—a status meant to protect the integrity of regional products.

CARICOM, shorthand for Caribbean Community, a group of 15 nations that promotes economic development in the region, has its Authentic Caribbean Rum (ACR) marque. To be eligible for the seal, a rum must hail from a member country and be made from sugar cane with no added flavors. Age statements on the label must meet certain standards. Across the rest of the rum-producing world, few rules governing production or labeling exist.

Everything You Need to Know About Rhum Agricole Regulations 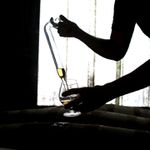 “The old terminology doesn’t mean anything anymore,” says Cate. “Traditionally, ‘English’ meant rum distilled from molasses in a pot still. But many of the old English colonies are now making rum from pot still and column blends.”

He points out that such terms tend to glorify a colonial past. Today, the “Spanish style” refers to the language spoken on islands like Cuba, Puerto Rico and Panama more than any similarities shared by their rums. Especially for countries that have been independent only a short time—Jamaica, Barbados and Trinidad, each declared independence in the 1960s—binding them to their colonizers is insensitive at best. It suggests that the former colonial powers still have some claim to the regions and communities they once devastated.

In his book, Cate expands on the Gargano system, classifying rum styles by how they’re made: with molasses or evaporated cane versus fresh-pressed cane, in a pot versus column still or a blend of the two, lightly or long-aged as opposed to unaged. Notably, in the new classification systems, countries of origin are largely absent from the breakdown.

Cate’s system has an exception to the color rule: Black rum is in a class all its own and refers to a rum with enough added molasses or coloring to turn it almost black. It can be made in any kind of still, aged a little or not at all, but its place in the pantheon of rum styles is undeniable. Other outliers in Cate’s system include rhum agricole, distilled from fresh sugar cane as opposed to molasses, and Brazil’s cachaça.

Rum is made in more than 60 countries, but only a handful produce their own raw material. While nationality is often a point of pride for a brand, many rums are made in countries with no history of a sugar cane industry. Even for islands sourcing local sugar cane, national styles no longer exist because production methods vary so wildly. Previously, rum experts cited English, French and Spanish styles—a reference to the countries that colonized the Caribbean communities where rum originated—which, many say, is yet another inadequate way to classify them.

Tristan Stephenson, the owner of several bars in the U.K., says the classification system he devised is quite similar to Cate’s but uses simpler terminology in describing the different production methods—an approach designed for consumers at large.

The ultimate goal, he believes, is for the rum world to achieve consensus on a classification system, then for bars, brands and consumers to adopt it. “But,” he adds, “I also think that the journey to get there—the debate—is important too.”

5 Essential Rum Bottles You Need for Your Home Bar 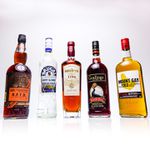