Mötley Crüe and Van Halen used to battle it out in record stores. But now, band members from each—Vince Neil and Sammy Hagar, respectively—are going head-to-head in liquor stores. Both legendary rockers have new gigs fronting their own tequilas.

Hagar, a rock ’n’ roll hall-of-famer, started Cabo Wabo Tequila back in 1996—years before every celebrity had a liquor brand. The Red Rocker was looking for a house spirit for his bar in Cabo San Lucas, Mexico, and took the process seriously. “I went down and found the tequila and designed the bottle with friends,” he says “If I wanted a celebrity brand I would have named it Sammy Hagar’s Tequila.” He has little respect for many of the vanity projects on store shelves. “For someone just to put their name on a bottle, that’s crap,” he says. His hard work has paid off—the tequila is now available across the country and a few years ago, he sold 80 percent of the brand to Skyy Spirits for $80 million.

Neil, whose Tres Rios Tequila launched a few years ago, admits that he’s following in Hagar’s footsteps. “Sammy already has taken his brand to a whole other level,” he says. “I hope I can get to that level.” He’s on his way. By June Tres Rios will be available in more than 30 states, with duty free and Europe soon following. He’s also a big fan of tequila and, in true rocker fashion, likes to drink it straight from the bottle. “It tastes better that way,” he insists. (Look out this spring for Neil’s aptly named solo album, Tattoos and Tequila.)

For the moment, Hagar and Neil remain friends. “Vince is a cool guy,” says Hagar. “Anyone in their right mind would try to get into the liquor business.” And they also have a common competitor: Justin Timberlake, who launched 901 Silver Tequila last year. Let’s hope he knows who he’s messing with. 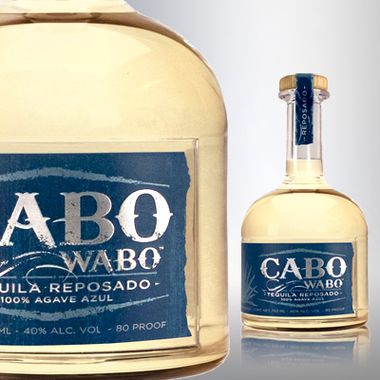