Picon Punch Is the Winter Drink You Never Knew You Needed

The first thing you do after gulping down a Picon Punch is order another. A 19th-century concoction made with the bitter French digestif Amer Picon (as well as grenadine, brandy and soda water), the Picon Punch is known for its potency. Most versions of Picon are 80 proof, effectively turning the drink into a polarizing source of joy or intense bitterness, depending on how strong you like your libations. Louis Erreguible, the founder of Louis’ Basque Corner in Reno, says it best: “The first two [drinks you’ll have] are the Picon. The third one is the Punch.”

Over the years, the Picon Punch has come to be known as the signature cocktail of America’s Basque population, many of whom reside in Reno. But don’t let this regional popularity fool you. To discover the source of this drink, you must follow the history of its core ingredient: the spicy orange-laced Amer Picon digestive first made in Algeria.

In 1837, an Italian named Gaëtan Picon, who was enlisted in the French army, collected local herbs including quinine, cinchona and gentian to create the original 78-proof Amer Picon liqueur. It remained under the radar until a shortage of absinthe in France inspired the government to seek out potential replacements. Amer Picon was suddenly at the forefront of everyone’s minds, so much so that Gaëtan began selling it in the newly formed American colonies.

In America, Picon was initially marketed as a patent medicine due to its intensely herbal properties, thanks in part to one of Picon’s main ingredients, cinchona bark, which was said to help fight off diseases like malaria. This helpful quality made it especially appealing in the eyes of the newly arrived Basque community, many of whom had emigrated out west in search of gold.

It wasn’t long before Picon began to crop up as a cocktail in and of itself. An 1889 advertisement in “The New York Times” hailed it as the newest medicinal tonic, while other publications encouraged people to dilute the bitter with grenadine or soda water, a practice that was picked up by Basque immigrants in boarding houses in San Francisco. Some also credit the Noriega hotel in Bakersfield, Calif., as one of the drink’s first creators.

Originally dubbed the Picon Lemonade, it was later brought to Nevada by socialite Herman Thyes. And its popularity in northern Nevada is credited to a saloon owner by the name of Louis Vetter, a prominent figure who owned several saloons in town.

By the time Prohibition came around, the original Amer Picon was extremely difficult to come by. To make up for its scarcity, Italian syrup company Torani began producing its own version in San Jose, Calif., in 1925. This Picon-style amer is now the most commonly used version found in the drink, effectively creating a new version of the Picon Punch for a modern era. You can find the Picon-style amer in the Picon Punch made in Louis’ Basque Corner (“home of the world-famous Picon Punch”) and The Depot, a gastropub and distillery also in Reno.

“The Picon Punch has not changed much in the last 10 years,” says Brian Elcano, who owns both establishments. “In fact, it’s made the same exact way I was taught when I was a little kid, now 25 years ago.”

He adds, “The Picon Punch has definitely made a resurgence in the last 10 years. When we first bought Louis’, I feel like if you were not Basque or did not know somebody who was, you wouldn’t have heard of it. But now I feel it has become very popular, a household drink for many.”

The Picon Punch at Louis’ is made with Torani’s amer. Fill a five-ounce glass with ice to the brim, splash grenadine over the ice and add Torani amer until the glass is two-thirds full. Then add soda water while leaving a little room. Combine grenadine, Torani amer and soda water, and add to the glass before topping with brandy and lemon to finish.

At The Depot, Elcano actually makes a house version called Amer Depot. It consists of a variety of herbs including cinchona, quinine and elderberries, along with gin-soaked lemon and orange peels. The result is an amer that’s very light in color. It’s used in the Bourbon Barrel Aged Picon, as well as The Depot Punch, made with pomegranate syrup and lemon that harkens to the original Picon Lemonade.

There are still plenty of other variations to be found. “Some like to have their brandy stirred in; some like to eliminate the soda water or may even float it with whiskey instead of brandy,” says Elcano. “We even have a customer who likes to float his with tequila.” 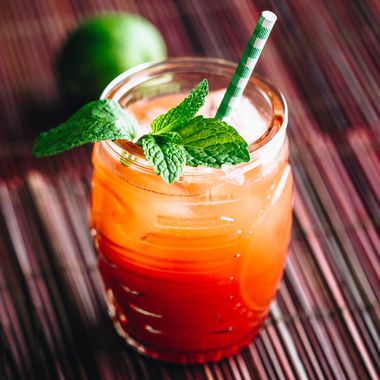 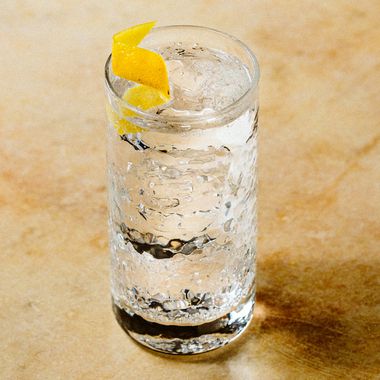