Despite the fact that it has just 25 seats in an intimate space, there’s a lot to look at inside the sleek Hong Kong craft cocktail bar The Old Man. The focal point of the space, an homage to the literature, history and folklore of Ernest Hemingway, is a cubist portrait of Papa himself on a marble background with inlaid tiles. The bar is named after his novel “The Old Man and the Sea,” about an aging fisherman struggling with a marlin off the coast of Cuba; and his short story and novel titles form the drink monikers on the menu.

Behind the bar are a rotary evaporator, a sous vide machine and other tools that look more at home in a science lab than they are in a cocktail lounge. There are also unlabeled bottles of booze lined up on the built-in shelves, a testament to owner and founder Agung Prabowo’s commitment to the ingredients rather than certain brands being the star in his sips.

And then there’s what you won’t see: bartenders slapping a cocktail napkin or coaster on the bartop before serving you your drink. Instead, your drink will be set on a polished matte strip of metal that runs the length of the bar, a creative solution that came to Prabowo in a dream. “The Old Man was under construction, and I literally saw a frozen cooling strip in gold on the bar table,” he says. “So I made it happen with my own bar.” The Old Man debuted last year as the No. 5 bar in Asia and No. 10 globally on the list of The World’s 50 Best Bars.

Though he’s a bit vague about details or price, since the invention is tailormade, Prabowo worked closely with his contractor when the speakeasy was under construction to create a built-in coaster of sorts that he believes isn’t found anywhere else.

“I have checked, and there’s no bar in Hong Kong, nor in the world, that has this unique design,” says Prabowo. Basically, it works similarly to the cooling system in a home refrigerator, but instead of being hidden inside the appliance, it’s in plain sight on the table. There’s no special maintenance required; staff simply switches it on when the bar is open and off again when they are wrapping up for the evening. Occasionally, the compressor defrosts, causing the cooling strip to condense, but it’s easily wiped away with a bar towel.

The cold strip serves a dual purpose, says Prabowo. First of all, it does a pretty killer job of keeping drinks cold that are served in rocks, highball or stemless glasses. A Clean Well-Lighted Place, for example, mixes blackened oat rum, rectified cola and coca leaves and is topped with vanilla “lather.” It comes in a rocks glass but not over ice, but when kept on the strip in-between sips, it remains as chilled by the last drop as when it was first strained.

Ditto for the Hills Like White Elephants, where honey mead riesling is stirred with bamboo-sous-vide Cocchi Americano bianco vermouth and salted fino sherry and garnished with aerated cava berries and a pea shoot. For the flavors and texture to truly stay balanced, it really needs to stay cold, and the device is up to the challenge.

But even for cocktails like A Movable Feast (a savory Martini–Bloody Mary mashup strained over a large rock and garnished with an oyster leaf) or the In Our Time (which shakes clarified banana ghee with celery, salted tequila and banana skin tincture), the cooling strip serves another purpose. It eliminates single-use cocktail napkins and coasters, as well as reusable ones that can prove to be costly over time.

“I think some bars still need napkins or coasters, especially hotel bars,” says Prabowo. “But for me, I just wanted to present something different in the market by introducing an environmentally friendly ‘coaster’ with less waste.”

It does have one tiny design flaw on occasion, admits Prabowo. “Very seldomly, the glass sticks onto it, depending on how we set the temperature.” But let’s face it—that can just as easily happen with napkins and coasters. Prabowo recently opened a new location in Singapore, where he has also installed this unique element. Now that’s pretty cool. 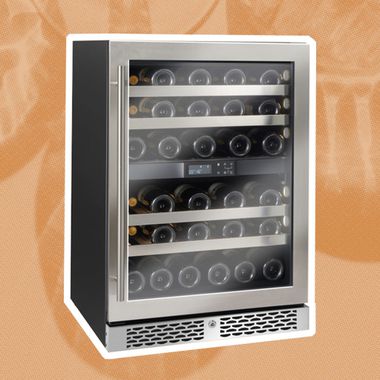 The 7 Best Wine Fridges in 2022, According to Experts 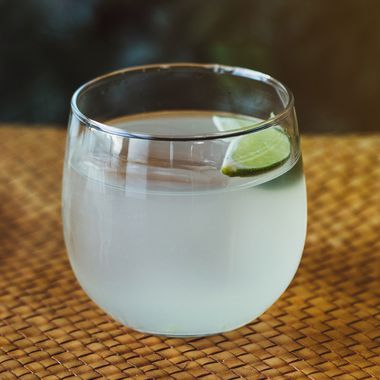 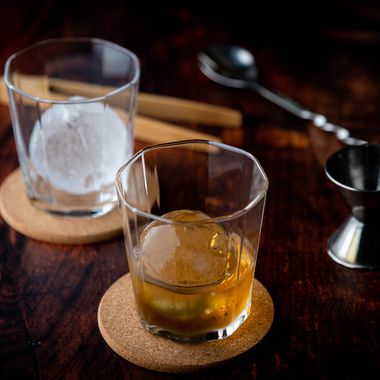