And New York’s Oiji has nailed it.

Located in NYC’s East Village, modern Korean restaurant Oiji is best known for hot honey-butter chips and pine-smoked mackerel. But within the small space, all exposed brick and gleaming wood-plank tables, is an even smaller bar, which seats about six or seven people.

In case you missed the memo, Korean cuisine is exploding right now—think David Chang, Roy Choi and other of-the-moment chefs creating excitement with swagger and big flavors. But it can be a challenge to develop cocktails that mesh with the spicy umami-rich dishes. That’s where bartender Ryan Te comes in.

“The biggest challenge is to make sure the cocktails aren’t overpowering or obstructing the food,” he says. To keep the drinks food-friendly, he often plays up savory notes, salt or spices, while keeping sweetness in check.

A Chicago native and graduate of the Culinary Institute of America in Hyde Park, N.Y., he moved to New York City in 2012 to work at The Modern. Later, he joined Oiji to work alongside general manager and beverage director Max Soh, a friend and former CIA classmate.

Although the first iteration of Oiji’s cocktail menu revolved around soju (Te still calls Hwayo Soju 41, which at 41 percent ABV has roughly double the alcohol level of typical soju, his “secret weapon”), more recently the drinks list has expanded to embrace other spirits.

“I’m not moving away from soju, but I’m learning to use it in other ways, so it’s not so much a base spirit but a modifier,” he says. “It provides body to the drink.” For example, he’s been working on a drink that splits the base between Hwayo 41 and aquavit, plus beach plum liqueur, olive brine and cucumber. “It’s salty and tart, almost Dirty Martini–esque,” he says.

Some of the drinks are a bit unusual. Luckily guests can rely on Oiji’s color-coded menu (colorful dots next to each drink indicate strong, sweet, tart, bitter, fruity, herbal, smoky, spicy or earthy) to help decipher which drink will best suit their mood or meal. 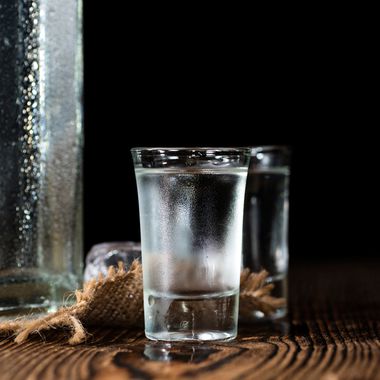 Everything You Need to Know About Soju, the Most Popular Spirit in the World