Don’t believe everything you hear about natural wines.

Think natural wine is nothing more than a trendy hipster magnet? Think again. The same way we’re seeing a welcome return to well-made three-ingredient cocktails, a minimalist approach to winemaking is moving to the mainstream—though not without its misconceptions, of course. Crush the myths and embrace bottles that aren’t made from grapes doused with chemicals, acidified or otherwise overly manipulated. Less really can be more. These are seven myths of the natural wine movement, along with bottles to make you a believer.

1. The Terms Organic, Biodynamic and Natural Mean the Same Thing

While there’s some crossover between the styles, they aren’t interchangeable. Organic wine is made from grapes grown without the use of artificial or chemical herbicides, pesticides or fungicides. Biodynamic wine encompasses organic farming as well as an approach to winemaking that views the earth as a living organism and uses a lunar calendar for planting, pruning and harvesting. Natural wine can include organic and/or biodynamic methods and follows a philosophy of minimal intervention in the vineyard or in the cellar, including using naturally occurring yeast. Wineries can either practice or be certified organic or biodynamic, but there’s currently no accepted definition for a natural wine. (More on that later.)

2. Pesticides, Herbicides and Sulfites Are a Necessary Evil of Winemaking

Tell that to the gorgeous organic tomatoes and peppers you snagged from the stalls of your local farmers market this summer. Sure, it’s more challenging to grow grapes without chemicals, especially in regions like Virginia and Rias Baixas, Spain, where rain and oppressive humidity levels can easily lead to mildew and rot, but it can be done. “We know for a fact that the application of petrochemicals for fertilizers or fungicides destroys the microbial diversity of soils,” says winemaker Gérard Bertrand, a pioneer of biodynamic winemaking in the South of France. “It kills soils entirely.” Organic and biodynamic farming actually “brings life to the soil.”

3. Natural Wine Is Just a Fad

Though it’s a buzzy category of late, natural wine has actually been around for thousands of years, since the first savvy, thirsty people decided to throw crushed grapes into a vat with yeast and see what happened. “The Romans weren’t spraying Roundup on their vines, and the Cistercian monks of Burgundy weren’t buying yeast to inoculate their fermentation,” says Danny Kuehner, the bar manager for Madison in San Diego. “This grassroots movement among wine enthusiasts will only continue to grow.” Just as organic produce, free-range poultry and whole foods have become part of our permanent culinary lexicon, natural wine is here to stay.

Bottle to try: 2017 Domaine Carneros The Famous Gate Pinot Noir ($90), which has been made for almost 30 years from 12 separate clones of pinot noir grown in certified-organic vineyards

OK, this myth actually has some validity. But is funkiness in wine a bad thing? We say no. A small level of brettanomyces—that is, the strain of yeast that gives some wines a whiff of barnyard or saddle leather—or the doughy notes gleaned from leaving dead yeast cells in the bottle rather than filtering them out can elevate a wine. “Natural wines have a broader range of acceptable flavors,” says Kuehner. “But within that broad swath are also all of the same flavors of commercial wines.” Just like some sour beers might not be your jam, others may be the mouthwatering, tart and tangy brews you’re craving. The right natural wine to pique your palate is out there waiting to be uncorked.

Bottle to try: 2019 Pheasant’s Tears Rkatsiteli Georgia ($18), a wine made with white grapes left on the skins, which gives it an orange hue, that’s fermented in traditional underground clay pots called qvevri

5. Biodynamic Practices Are a Bunch of New Age-y Hocus Pocus

You may have scratched your head over some wild things you’ve heard, like burying a manure-filled horn in the vineyard and picking grapes according to the gravitational pull of the moon. Unconventional? Sure. But just as taking a whole-body approach rather than treating individual symptoms can keep you healthier, a holistic approach in the vineyard can lead to some killer wines. “Biodynamics strives toward balance and harmony of earth, of life or of human creation,” says Bertrand. “Think of the human body. When people eat wholesome, nutritious food, breath clean air, get plenty of exercise and rest, have loving relationships and are stimulated intellectually and spiritually, they lead healthy lives.” And while the jury might still be out on the effectiveness of burying that horn or sprinkling vines with mixture of stinging nettles to ward off pests, it’s indisputable that these natural preparations aren’t damaging to the ecosystem.

Bottle to try: Gérard Bertrand Clos d’Ora ($240), the winemaker’s pinnacle offering, crafted from biodynamically farmed syrah, grenache, mourvèdre and carignan harvested by horse traction and fermented separately in concrete vats at his estate and home that includes a meditation hut among the vines and cellar meant to let in sunlight on auspicious days

Just as the word reserve on a wine only means what the winemaker wants it to mean, natural on the label currently doesn’t mean anything specific, says Sebastian Zutant, the co-owner and wine director of Primrose wine bar in Washington, D.C. “That’s the issue for those trying to toss off natural [wine] as a fad will tell you,” he says. “But what it does mean is that you’re respectful as possible to your plants and wine, you do not add acid or sugar, you do not inoculate, and you do farm sustainably, preferably organic or biodynamically.” And Zutant thinks it’s only a matter of time before we’ll see certified natural wines.

Bottle to try: Zanotto Prosecco Col Fondo ($20), the original style of prosecco, which naturally undergoes the secondary fermentation that gives it its fizz in the bottle and is unfiltered with the sediment still on the bottom

News flash: The vast majority of all wines produced in the world are meant to be consumed within a few years. And let’s face it—most wines rarely make it longer than the trip from the grocery store to our glasses. Age-worthy wines, no matter how they’re made, generally have high acidity and/or tannins, both of which act as preservatives. Making a blanket statement about how long natural wines are going to hold up is silly, says Zutant. “Ask the folks at La Stoppa why their current release of their high-end barbera is 2002; it’s singing and could use some more time,” he says. “Anyone making this point simply hasn’t tried older natural wines. They age.”

Bottle to try: 2015 Marc Kreydenweiss Moenchberg Grand Cru Pinot Gris Alsace ($33), made with grapes on a site selected by Benedictine monks in 1097 and will continue to age and evolve for the next 15 or more years 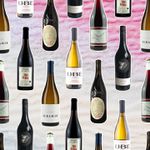