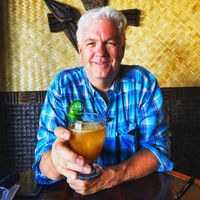 Ernest Raymond Beaumont Gantt, born 1907, was raised in New Orleans and grew up to become a restless world traveler. The trade winds fetched him to Los Angeles just as Prohibition was drawing to an end, and in 1934, he rented a tiny 25-seat bar. He decorated it economically with the flotsam he’d gathered in the South Pacific, along with driftwood and fishing floats washed up on California beaches.

Gantt stocked his bar with inexpensive West Indies rums, which were available in absurd abundance after Repeal, and invented an array of faux-tropical drinks, using fruit juices and unfamiliar liqueurs. His philosophy was simple: “If you can’t get to paradise, I’ll bring it to you. He called the place Don the Beachcomber. And with that, Gantt, who legally renamed himself Donn Beach, started the Tiki cocktail trend that has, remarkably, survived eight decades.

But few Tiki cocktails were as remarkable or complex as those initially created by Beach, including the Missionary’s Downfall and the feared and fearsome Zombie. Among his innovations, he recognized that a judicious blend of rums would add intrigue to an otherwise uncomplicated drink.

He eventually sold his bar and name to his ex-wife, who expanded it into a successful chain, and retreated to Hawaii, where he presided over a low-key restaurant that often featured musician Martin Denny and a myna bird trained to shout, “Give me beer, stupid!” Beach spent the rest of his life in Honolulu and passed away in 1989 at the age of 81.

Essentially, Beach and Bergeron were the Stanley and Livingstone of midcentury American tropical culture. 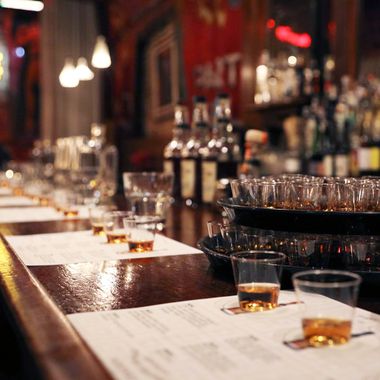