Time to face the compost bin: Bars, by their very nature, are wasteful. The team of Ryan Chetiyawardana and Iain Griffiths, respectively the owner and operations director at London’s not-even-a-year-old White Lyan, have compiled some creative ways to lower their bar’s carbon footprint. It all started with a little green bus.

WASTE NOT, DRINK NOT:

White Lyan, which just took home the title of Best New International Cocktail Bar at the 12th annual Tales of the Cocktail awards, uses no fresh fruit or ice in its drinks. The bar throws away less than two dozen bottles a week, along with minimal packaging. Similar bars, according to Chetiyawardana, can throw out three to four times that amount of glass. The mobile inspiration for this mindful approach: “We loved how the City of London casually integrated its eco-friendly green buses. In no time consumers were used to them.”

OUT IN THE COLD:

Without the aid of ice, White Lyan has a somewhat extensive refrigeration imprint, according to Chetiyawardana. The bar has an approximately six-foot, double-door fridge and three small bar freezers used for glassware and higher ABV cocktails that are best served below five degrees Celsius or 23 Fahrenheit.

Additional refrigeration costs more, but the payoff is sizable: At least the water isn’t running constantly.

YOU KNOW YOU WANT IT:

All the spirits served at White Lyan are made in-house. Also, as the bar teams tells it, every detail of consumer interaction can be controlled. That approach inspired the White Lyan team to serve drinks they believe customers actually want to drink. For example, by creating the base spirits in-house, flavor profiles can be adjusted to suit clients’ tastes.

There is more to White Lyan than merely spirits. The bar creatively offers a handful of wines that are atomized with spice and oak distillates to add layers of flavors. Likewise, beer is infused with hop distillates, “which add a citrusy note and a waxy bitterness,” says Chetiyawardana.

ONE SIDE OF WHALE, PLEASE:

Fresh fruit and other perishable bar fixtures are replaced with distillates and acids. Some, like bones and beeswax are pretty unusual. Chetiyawardana stresses that the Bone-Dry Martini contains only organic, roasted chicken bones, which add “minerality and texture to drinks.” Ambergris, the liquid expelled by whales when they cough, is also used in a variety of cocktails. The owners promise that no whales were hurt during “foraging.” It may be the closest you’ll ever come to one of those great creatures.

NEXT UP FOR THE WHITE LYAN OWNERS: The barmen plan to open Dandelyan, an operation that will use the same principals as White Lyan, in the forthcoming Mondrian Hotel in London’s Southbank this autumn. Their new venture, unlike White Lyan, will use fresh ingredients.

What are the greenest ways to run a bar? Weigh in below. 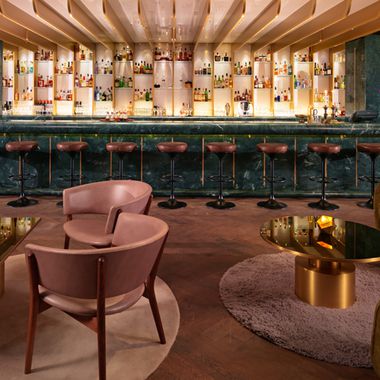 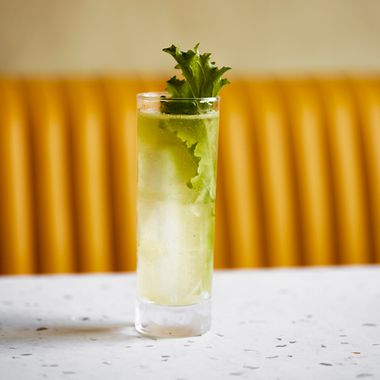