Over the past five years, Iain McPherson has managed to reshape the Edinburgh cocktail scene in his image. For all of its sheer majesty, Scotland’s historic capital long lacked any of the playfulness characterizing Glasgow, just 45 miles to the west. But when McPherson swung open the doors to Panda & Sons in 2013, it became clear this city was thirsty for some whimsy. The bar’s success was soon followed by that of Hoot the Redeemer, a convivial drinking den its founder describes as “fun fair for big kids.”

Through a Hollywood-like set of circumstances, McPherson’s latest adventure is unfolding half a world away in the booming Arts District of Los Angeles. Duello opened this September, and with it he is now hopping across continents, affecting drinking culture on both ends of the journey.

It’s not entirely surprising that this aesthetic would appeal to the comic book crowd. Hollywood director Joe Russo, who happened to be in town filming “The Avengers,” was so enamored by the space he decided to hold his wrap party there. It was the beginning of a lasting friendship that would alter the course of McPherson’s career.

“I was approached by Joe to be the creative director and curate the bar program at Duello,” McPherson says of the initial encounter. “It was a very fortunate meeting, as Joe’s daughter had been studying at St. Andrews at the time, and thankfully Joe likes a quality drink. Little to my knowledge, he had been frequenting Panda & Sons and Hoot The Redeemer for some time.”

Russo had been kicking around the concept of a combination restaurant and cocktail club in his hometown for several years. For him, this new kinship was equally as fortuitous.

“Selfishly, I wanted to bring [McPherson] to Los Angeles so I could walk down the street to my local bar and enjoy his drinks,” says Russo. “He’s just a beautiful craftsman; there’s narrative and storytelling involved in everything he does.”

At Duello, that manifests itself in the form of an illustrative menu exploring the oft-overlooked history of L.A.’s Downtown Arts District. “I had no idea what the area was like, so I began researching,” McPherson says of the development process. “The district played a large part in starting the California wine industry. This was really fascinating and unexpected considering wine is typically associated with the northern part of the state.”

The first chapter of a leather-bound cocktail menu is devoted to grape-imbued victuals. The Botta Secreta, for instance, combines two types of vermouth with peated whisky for a deeply aromatic drinking experience. The Rosé Derby unites rosé with bourbon and mint for an eccentric reinterpretation of a Julep. All the offerings appear under a visual timeline, charting the evolution of Los Angeles’ viticultural legacy beginning with the arrival of Spanish missionaries in the late 18th century.

The tome goes on to follow the area’s citrus-growing past and eventual industrial takeover before giving rise to the artist lofts that characterize it today. “Each chapter of the menu is based on each era of the Arts District,” says McPherson. Aiding in the execution is a talented team of professionals including Jordan Egan, who was plucked from New York’s NoMad, and Kaiko Tulloch, a McPherson protegé who was brought in from Scotland as a permanent transplant.

For the foreseeable future, McPherson is flying back between his native and adoptive homes, allocating two weeks a month each to Edinburgh and Los Angeles. “Splitting my time with being the creative director at Duello and being a bar owner in Edinburgh has been no easy feat,” he says. “But I’m making it work as I love all aspects of my work. Most people put their names on new bars but are rarely there. That wasn’t something I wanted to do.”

Many bartenders might consider globetrotting success something spun from a storybook. In McPherson’s case, however, dual-continental conquest is more like something from the pages of your favorite comic book. 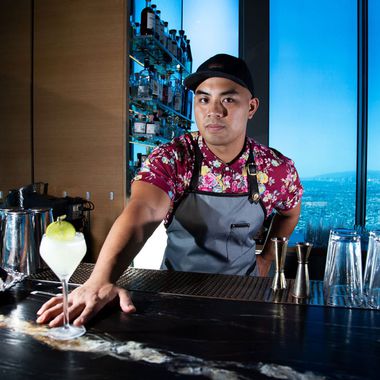 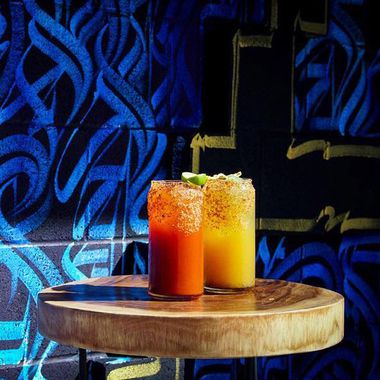 5 Great Ways to Make Cheap Cocktails Taste Like $20 Ones