A plethora of shiny banks and skyscrapers has undeservedly defined Frankfurt as a bland corporate hub. Indeed, it’s Germany’s financial center, but this city along the Main River is also abundant in soul. Such contrasting liveliness is on full display in Bahnhofsviertel, the red light district in the shadow of the central railway station. Although seamy hotels and sex shops persist, in recent years junkies and prostitutes have made way for luxe housing and packed restaurants, tempting locals to wade into formerly dangerous territory. Hunky Dory, hidden away at the base of an oval-shaped high-rise, is one of the neighborhood’s enticing locales.

Armin Azadpour, best known as one of the gents who opened nearby speakeasy The Kinly Bar, is the bartender behind Hunky Dory. Reared just a three-minute walk away on Baseler Platz, he remains tied to his roots, loving the energy of Bahnhofsviertel, especially when taking in the skyline from his bar’s rooftop terrace, where he intends to lure more patrons with cultural events come summertime. “It’s very international here, and that’s what makes it interesting,” he says.

Azadpour’s own global appreciation likely stems from his parents, who grew up in Iran. During a decade living in Zürich, he launched his bar career by working at the swank Baur au Lac hotel. The Swiss mountain air also proved an inspiration for a budding fashion line revolving around leather jackets.

A Toast to Bowie

As soon as Hunky Dory made its debut last year, it was only natural for first-time visitors to expect, or hope, for walls awash in David Bowie memorabilia. Yet a shrine to the music legend was never Azadpour’s aim. “I always loved David Bowie. When I listened to the album after a long time, the words Hunky Dory immediately got stuck in my mind, and I knew that this would be the name for my next bar,” he says. It’s a fitting feel-good choice for a dark, laid-back lair with a retro vibe. Instead of bouncing from “Changes” to “Life on Mars?” on one winter evening, the playlist honored Ray Charles and Diana Ross.

Simplicity is at the core of Hunky Dory, which is why cocktails on tap, like the Americano with house-made tonic water and its more brooding sibling, the Negroni, are particularly popular with regulars. The Drambuie and scotch Rusty Nail is another classic that gets the draft treatment. The made-to-order Quinine Water, made with Tanqueray gin, more of that from-scratch tonic and lemon zest, is also a breezy go-to.

But of course there are more complex libations for the adventurous, including the Cinnamon Leaf (Old Grand-Dad bourbon, fig, cinnamon syrup, lemon juice and egg white) and the King’s Punch (Green Mark vodka, cranberry, grapefruit, lime, cinnamon, vanilla syrup and Assam tea). The never-gets-old Penicillin, playfully served in a syringe, is a favorite among customers.

Before heading to the bar, Azadpour spends his days designing, working both on his own label and handbags for the Japanese market. This aesthetic sensibility translates to the bar, prompting Azadpour to create a good-looking den filled with antiques sourced from markets around Europe for more than a year.

On the library-like shelves up high, a globe and a pair of dangling boxing gloves mingle well with a collection of seltzer bottles and model boats. “Each piece has a special meaning for me and a different story,” he says. A series of black, vintage rotary telephones located in wooden booths are especially eye-catching, accentuated by framed photos of one-time booze ads. Underneath the perforated ceiling, an old-fashioned cash register graces the curvy two-section bar.

A City in Flux

“Frankfurt is an up-and-coming city,” says Azadpour. “I think the scene is really growing. We have so many good new bars and restaurants like Seven Swans & The Tiny Cup from one of my best friends, and I think there will be even more.” He feels Frankfurt was in need of Hunky Dory, “a good cocktail bar that has enough space to go to with a bunch of friends, where everybody gets a seat on a stool to have drinks together.”

Once he puts down his sketchpad, walking into Hunky Dory doesn’t feel like an exhausting second job but a reprieve. “For me,” he says, “there is no more beautiful work than when I can greet my guests and laugh with them.” 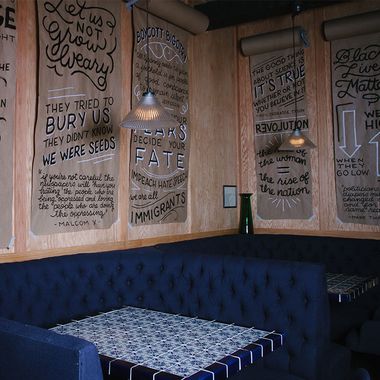 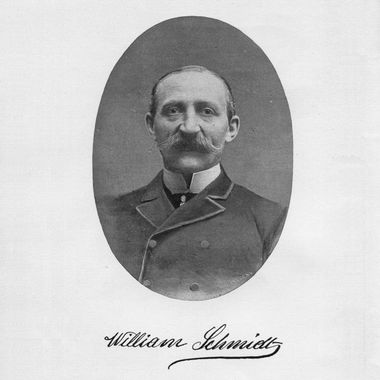