Tomorrow my cousins will be drinking beer and watching football while my mother and father gush over the bottle of Beaujolais Nouveau the neighbor brought for dinner. But all I’ll want is a cocktail.

It’s the same scene year after year. Maybe it’s the early dinner bell, but for some reason mixed drinks (sadly) never seem to be on the Thanksgiving menu.

Traditions are important: Whether it’s watching the Cowboys, your mom’s cranberry tart or your aunt’s inedible casserole. As a proud cocktailian, I see no need to ruffle anyone’s tail feathers. So this year I vow to make a new tradition.

Let’s start with that bottle of Beaujolais. (Every third Thursday in November, the French release a young, juicy red wine produced from Gamay grapes.) Instead of drinking it with turkey you can turn into a fine cocktail. As your family pulls out the cork, quietly open the liquor cabinet and get out a bottle of apple brandy, a truly historic American drink.

Casually ask if anyone has tried the spirit while burnishing the bottle. Suggest a retreat to the living room for a quick tasting. Just as the wine drinkers begin to give you the stink eye, offer to mix a cocktail with the wine and your liquor—in the name of diplomacy, of course.

In a mixing glass stir all the ingredients with ice. Strain the drink into a chilled cocktail glass and garnish with thin apple slices and grated cinnamon.

Jim Meehan runs PDT in New York City. Last summer, at the Tales of the Cocktail conference, he was named the American Bartender of the Year and PDT was named World’s Best Cocktail Bar. 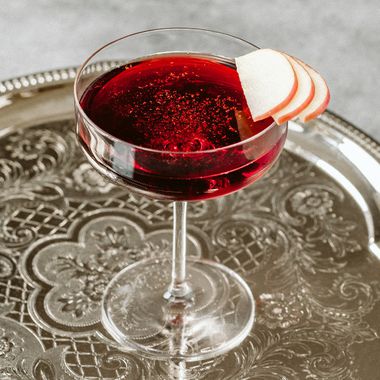 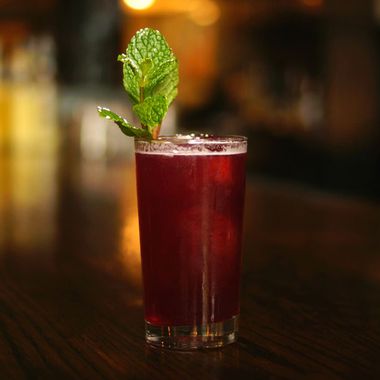